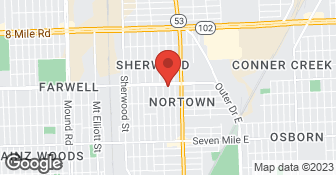 Home Designs offer payment plans for large projects to help our clients, also we rarely use any sub-contractors for our work, all payments are to be made by cash, check, or money orders....

Young was prompt and the work was completed with quality. He built a couple of railings, repaired siding, and fixed/repaired several gutters on a rental property I owned.

Mr. Young was exceptional in providing service to my family. When our water heater failed, he came over and gave suggestions based on our needs, picked up the replacement for us, installed it quickly, and took away the old heater. And he did it all personally, courteously, and at a great price.

Great. Mr. Young made sure the railing was super sturdy. We bought toilet at Lowe’s and Mr. Young took it out of our car.

I have been using Home Design exclusively as a Property Manager since 2014 for my portfolios that make up 100- 200 residents. Mr. Young has always tended to any repair issue professionally and with urgency. Home Design is a reliable and trustworthy company that has a wide range of expertise ranging from cosmetic and basic repairs to plumbing and electric. Highly recommend ☆☆☆☆☆

Was very informative. Great prices. Professional. Did the flooring and replaced light fixture.

Description of Work
Flooring and Lighting

He was very professional. Communication is very important he keeps you updated on the status of the job. He is flexible works with your schedule. Ive had alot of issues with my house this past year and my landlord contracted with him to do the repairs. I can say that i am very satisfied with his work. When i need repairs to home i request for him personally for i know the job will get done correctly and i dont have to wait forever for repairs.

Description of Work
Young did some interior work and also plumbing on my house.

I first had him come in August, because my laundry tub drain was blocked, and he opened and replaced my laundry tub elbow, because mine was the old metal pipe which was also leaking and cracked, for $50. So when my basement floor drain was backing up, I called him again. He used a snake to open the floor drain that was blocked. He opened the top of the main line to verify the water flow. Then he used his vac to clean the residue that came up. He ran water down the drain to make sure it was open. Before he left, he showed me that the drain was cleared, and made sure the area was cleared of debris. He charged me based on the work he had to do instead of the "all basement drain clearings costs $125" kind of charging. I did not have anything like tree roots to clear out, so he didn't have as much clearing to so. I will use him again and refer him to any of my friends.

Description of Work
He cleared my basement floor drain.

Promptly removed existing toilet without making a mess. (I provided a large contractor's plastic bag). Installed new toilet, and replaced old water line with new one, replaced flange. Should also mention he picked up toilet at store (Home Depot--Southfield). I had purchased in advance and had it waiting in WILLCALL, supposedly, but when Mr. Young got there they said they had none in stock and he had to go to the Madison Heights store to get toilet. Totally STORE ERROR. He graciously handled the matter. Mr. Young was communicative, professional, respectful of my time, and did a good job. Cleanup was complete. I would use him again and refer him to a friend.

I have been using Mr. Young's services for years. He is tenacious, skilled, honest and his prices are fair.

Description of Work
General home repairs, inside and outside

He was prompt, came when he said he was going to, if not he would call. He did a good job, and his prices were reasonable.

Description of Work
Did some plumbing in the kitchen and the bathroom.

They were very prompt, and I appreciated that. He did the job quickly and when he finished, everything was working fine, and it continues to work.

Description of Work
They repaired 1/4 vanity. They also did my sink drain, including parts. They unclogged the vanity.

Appreciate the review and your business!

It went well. They were inexpensive and professional. They did a great job.

Description of Work
They snaked the drain in my basement.

We specialize in handyman services, home repairs, and more! We guarantee your satisfaction, and we won’t leave until the job is done right. We pride ourselves on the quality work we provide, while delivering great customer service! Check out all the services we offer below and call -or- click to schedule a free estimate today!  …

experience professional handyman for all your home needs  …

No License Required for Trade
Insured
All statements concerning insurance, licenses, and bonds are informational only, and are self-reported. Since insurance, licenses and bonds can expire and can be cancelled, homeowners should always check such information for themselves.To find more licensing information for your state, visit our Find Licensing Requirements page.
General Information
Free Estimates
No
Eco-Friendly Accreditations
Yes
Payment Options
Check, Financing Available
Warranties
Ask for details

Home Designs offer all services to the home, from ground up!

How is Home Designs By Young LLC overall rated?

Home Designs By Young LLC is currently rated 5 overall out of 5.

What days are Home Designs By Young LLC open?

What payment options does Home Designs By Young LLC provide

No, Home Designs By Young LLC does not offer free project estimates.

Are warranties offered by Home Designs By Young LLC?

No, Home Designs By Young LLC does not offer warranties.

What services does Home Designs By Young LLC offer?

Home Designs By Young LLC offers the following services: Home Designs offer all services to the home, from ground up!

Are there any services Home Designs By Young LLC does not offer?