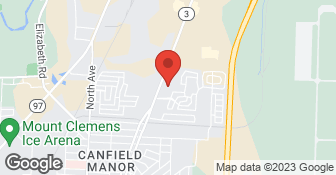 PLEASE CALL OUR OFFICE FOR IMMEDIATE RESPONSE @313-965-3005. ASAP GARAGE DOOR REPAIR SYSTEMS OF MICHIGAN Is a 5 year Angie's list SUPER SERVICE award holder, has been the premier garage door repair company for over 16 years serving all of Oakland, Wayne, Macomb, Livingstone and Washtanaw county. We have had a consistent A+ rating with the BBB. As well as a high customer satisifaction rate across Eastern Michigan. Offering 24 hour 7 day a week service @313-965-3005 ; Free service call with any repair (during normal business hours) as well as lifetime warranty on certain doors and parts. Please feel free to browse our website. Read our customers comments. Basicly get a feel for superior service at a fair price. When you are ready, please call us @ 313-965-3005 for additional questions or to simply make an appointment. Sincerest regards, David Eckes, CEO  …

With over 10 years of professional garage door experience, we are here to address all your garage door needs. Please give us a call. Ask us about our senior and military discounts.  …

EZhawk Garage Door is passionate about providing top quality parts accompanied with exceptional customer service. We are a small family owned business operating out of Roseville, MI. We proudly serve the Oakland, Macomb, and Wayne counties. Anytime you have a garage door related problem trust us to make it EZ. Call today for a free quote.  …

He has a great show room with garage doors and front entry doors Kelly went over all of the specifications and details of a number of doors, making it easy to choose which suited my taste and the style of my home. He also showed me a Jack-post opener which is the quietest of all the models, that deadbolt locks itself automatically making it impossible to breach and has no center rail. The workers came on time and very quickly took down my old door and installed the new one. They made sure I knew how to program the remote control openers. All of the staff at FJF were very helpful and friendly. It was a pleasure working with people who are both technically qualified and who can advise you on the best color and design. I did a lot searching on the internet for doors before I found them and none of the companies had the doors I was interested in.

From the first communication with FJF it seemed they were very professional. I had Kelly the salesman come out to confirm measurements and dimensions. I decided on an insulated door since I work in the garage during winter months. Between the brands FJF offered, I decided on CHI doors simply because they looked a bit nicer but also had details which were more robust than Clopay. The rollers and hinges were certainly the most evident as they are commercial grade. I noted that I would need the surrounding wood framing replaced prior to installing the garage door, and would have the materials ready at the time of installation. The day of installation, the workers were not aware of this detail, but after assuring that I would help them, all went well. The crew arrived at the time they said they would. Both workers were very willing to answer any questions, and willing to let me lend a hand (as I knew the framing was probably an unusual request). Both doors were installed by 2:30PM and they look and function fantastic. They are certainly quieter than the doors they replaced and I'm looking forward to the savings I hope to see in the colder months due to the insulated doors. The crew removed the entire (original) garage door and surrounding wood, which made things very tidy once the installation was complete. The slide-lock hardware must have been misplaced the day of installation and a few days later, another representative from FJF was able to bring them by. I do have a few small detail-oriented questions about the doors which I'm sure FJF will be able to help with. I would have no hesitation contacting them again for anything door related - entry door, garage door or commercial door. I'm pretty picky, and was very impressed.

Installer arrived timely to install the garage door. When he finished, he made sure it worked properly and adjusted the garage door opener as well. When I needed service about 7 or 8 months later (due to effect of hot sun on the vinyl), it was just as prompt and there was no question about it when I made the call.

started in AM and finished by 12pm I was also having the garage done and they were able to work them also.

Initially a service technician came out to inspect and service my garage door. I had requested an inspection and opinion on life expectancy of the current wood door. The technician was polite and carefully explained my options for repair and my options for replacing my garage door. He also lubed and oiled the springs and joints on the garage and noticed a missing bolt which he replaced. I had been leaning toward replacing the old wood garage door and upon reviewing the information provided, I decided to hire the company to replace my garage door. The installation of the new door went very well with another polite and efficient company employee. The door looks and performs beautifully. My overall experience with this company has been very positive.

My in-laws, who are in their upper 80's, called me in distress to say that their garage door was broken and they couldn't get their car out. They had a laundry list of doctor appointments to get to, for treating ailments that are one of the rewards of aging. They called FJF, who said they would be out the next morning. FJF did arrive as promised. It turns out that the torsion springs were broken, and the door panels had popped the framing glue joints in several places. The men from FJF said that they would repair the door for $300 dollars, but they wouldn't guarantee the repairs. They said that the door might fall on my in-law’s heads. Talk about scare tactics! They said the electric opener was too old, hung improperly, had broken gears, etc. etc. They gave an estimate of $1200 to replace the garage door and opener. The door had been replaced 7 1/2 years ago. I inspected the door myself and besides the spring problem it was in serviceable shape. One of the panels had popped 3 of its middle glue joints where the skin is bonded to the steel framing. Two other panels had a popped joint as well. The rollers and track were in good shape. The electric opener had been working fine. I fixed the door myself. I went to Home Depot and got a tube of adhesive rated to bond aluminum and some white pop rivets (to match the door). Working with my brother-in-law, we applied glue to the popped framing from the inside, and inserted a pop rivet from the outside, to draw the parts together while the glue set overnight. I used only one pop-rivet for each reglued framing member. The 5 or 6 total that I used don't detract from the door's looks and are very hard to see. The bonds were tight the next day. I replaced the springs, and the door works great; rolls up and down without a sound of popping metal or grinding gears. The total price for my repair was about $135.00 for parts and several hours of my time. Fixing the door did not require a major feat of engineering or huge physical effort on my part, just a commitment to do the right thing. Three or four hours of labor charges plus a few parts would probably not have netted the FJF door company the same return as a $1200 door. This may be a profitable business practice, and while not be legally criminal, appears morally questionable. I would not recommend that anyone try to replace a garage door spring on their own unless they were experienced and knew what they were doing, as it can be very dangerous. But I would recommend finding a trustworthy source for estimates and repairs.

Description of Work
FJF was called to repair a broken garage door. They quoted repairs, opened the door so my in-laws could get their car out, and charged them $90.00 for their time. $90.00 to give an estimate for future business? I can see a service call for raising a door with a broken spring, but $90?? FJF said they would generously refund $60 if my in-laws replaced the door, but no refund for the service call if they just decided to do repairs.

I had one of my garage door springs brake. Called FJF at 11am. FJF was out by 2pm. Replaced both springs and lubed all moving parts. They were done in about 30minutes. Was very satisfied with there service. Just recommended them to a friend today.

Did not use service. Husband was able to purchase parts at a hardware store and do the repair himself.

Description of Work
Received 2 price quotes: 1) replacement garage door and 2) just parts. Rep came out within 4 hours of calling the office, which was in the time frame quoted. Very professional and courteous. Did not get offended or mad when husband asked for price quote on just parts so he could do the repair himself (unlike another company). Thought price on new garage door was good (lower than another company). Price for replacement parts + labor cost was a good price, too.

Was asked to have a contractor do a COMPLETE job, for an older woman who is alone. Nothing was to be left undone. Long time relationship with this company. Contractor cut apart front of garage, left plywood and different colored trim, moved light off balance, and left one hanging. Left old garage door opener in garage, attached to ceiling. After three phone calls, and one very lengthy phone message expressing disappointment and utter dismay, NO PHONE CALLS WERE RETURNED.

THIS COMPANY DID EXCELLENT WORK ON MY GARAGE DOOR. THEY SHOWED THAT THEY WERE VERY KNOWLEDGEABLE IN THAT AREA. I WAS VERY PLEASED WITH WHAT THEY DID. I HAVE USED THEM FOR SEVERAL YEARS AND ALWAYS GO BACK TO THEM.

Description of Work
THIS COMPANY CAME OUT AND REPLACED THE MOTOR ON MY GARAGE DOOR OPENER AS WELL AS THE BOTTOM SEAL ON THE GARAGE DOOR.