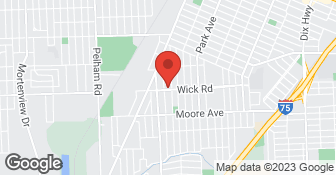 Allen Park Lawn & Snow was established in 2005. We are fully licensed and Insured and have been providing services to the metro detroit area. We look to provide the best customer satisfaction for lawn, snow and landscaping services....

We are a family business where the owners of the company do the work! 3 brothers with over 25 yrs. of experience. Our prices are fair and our quality is our trademark. No high pressure sales, the owners will quote your job, and do your job. No communication problems.  …

I handle leaf & snow removal in Downriver as well as Dearborn. Contact us for a free quote today! Discount for recurring customers.  …

Atlas Home Improvement is a family owned business since 1989 within Whitmore Lake under the same owners. We are a Gutter Replacement and Gutter Helmet dealer for Southeast Michigan. A+ rating with the BBB, 2 time winner of the Angi's Super Service Award. CAPS Certified, Licensed and Insured Builder. We only use employees, no subcontractors.  …

Bait and switch. And shoddy work. He told me he would use premium plastic to eliminate weeds. I told him no pesticides because of pet. His crew worked quickly, and I tipped them well. Unfortunately, as this project dragged out...I learned His crew used cheap fabric he gets free from distributor, they did not overlap fabric, they did not pin fabric and they left fabric shy of edges by approximately 8". In some places they skipped fabric altogether. Weeds are growing rampant through rocks and fabric. His crew put rocks in the wrong location, wasting approximately 1 yard of $100/yd worth of rocks. His answer was "I know what we agreed to, but I can't afford to pay my guys do do the job over. I like the rocks in this location. Just use pet safe pesticides for the weeds". His crew piece-mealed sod in three trips over 1 month's time. one time the sod was dry and brown when they installed it. He came out, admitted it was done poorly and sent the guys back to replace, then they laid sod over sod, which of course didn't survive. They never rolled the sod. its lumpy, uneven, dead. He said he would replace, but never did. He never ever returns phone calls, and is extremely unreliable. I took photos and dropped off a list of concerns, with his employee ( he owns computer repair service - which I have used, and been happy with - he should stick to that.). His crew piled rocks in flower beds approximately 10" deep. And dozens of rocks tumble out onto the driveway, every other day or so. They crashed into my flower retaining wall with the ride on mower, and didn't repair the damage. They backed into my garage, and splintered the siding, They ran over stepping stones with truck and cracked them. Then replaced them with much smaller tiles they just dumped in place with 6" gaps to the grass. They are not level, they wobble and are a safety hazard. He admitted they were a mess, he said he would replace/repair, but never has. This has been going on for over 3 months now. He showed up today, and I heard his crew mocking me. I spoke to him about it - he apologized. I reminded him I have guests coming in town and needed to get this done right, quickly. We discussed a refund so i could hire someone to do the job correctly, he said he couldnt afford it. His only resolution proposal was pesticides. I reminded him of my concerns for the puppy, Over the past several months, I tried to be patient through the delays (his crew was sick, he was sick, it rained, etc.) I tried to negotiate a settlement, And, ultimately, i implored him to let his conscience be his guide and to do the right thing. What did he do? He and his crew left. I guess I am out $1600 + the cost to have it done right, and in his words, " to lay rocks is one thing, but to rake them off, then lay down the plastic and rake back the rocks is more than triple the work" Beware!!!