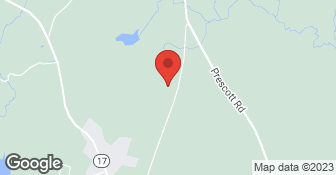 They did a good job. I was happy with the work they did. They did it quickly and for the price that I was reasonable, and I did check with several companies. They were very friendly. They were fast on the job. They definitely did the job when they said they were going to and were on time and on budget. I believe something happened causing them to delay a day, but I don't think it was their fault, I believe we had rain, so they had stop for a day but still got everything done within time. I still give them an A on punctuality because that was an act of God and they still did the job very quickly and efficiently. They were professional. I was here while they were working and went out and chatted with them a little bit to see how they were doing, and they were kind and professional about things.

Description of Work
B & S Paving & Construction Inc repaved my driveway. The price was in the middle of the other 3 or 4 companies that we consulted.

How is B & S Paving & Construction Inc overall rated?

B & S Paving & Construction Inc is currently rated 4 overall out of 5.

No, B & S Paving & Construction Inc does not offer eco-friendly accreditations.