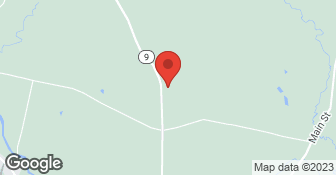 When my grandfather started roofing, his philosophy of business was grounded in the highest standards and "old time" values: honesty, integrity, and pride. This was a time when these core values where the backbone of America. He knew that a good reputation was much harder to gain than a bad one and the respect and trust of his customers must be earned and re-earned every day. My grandfather’s values upon which Roof Masters was founded have now passed through Three generations. We hope we remain blessed and are fortunate enough to pass them down to future generations. They are the building block of a proud family tradition, the source of our inspiration and the reason for our success.  …

At Wallace Home Improvement, we have built an excellent reputation for customer satisfaction by providing quick estimates, great attention to detail and competitive pricing. Being a screened and approved professional gives you the peace of mind you need to allow us to give your home the attention it deserves. Call us today and let's get started!  …

The price was better than any of the others and somebody had also recommended his. He was okay. There was probably some other settings that we would have used. Like the people across the street, I'm not sure who they used, but theirs looks a little bit better.

Description of Work
I used Fairbanks Roofing, Siding & Construction to do my roof.

jim and crew di a great job with wonderfu work ethics and quality Went beyond to fix things that need to be done to have a quality experience. Would hire them over again for any roof or siding ..

They did the work when it was scheduled. They did a great job and cleaned up once the work was finished.

Description of Work
I used Ken Fairbanks Roofing & Siding for a bid and to perform actual re-roofing work.

They stopped by to see the roof a day or two after we called. I described the multiple leaks we had. We discussed the situation in detail, including the fact that we will probably reroof the whole house in the near future. They convinced me that the most effective thing to do would be to replace, rather than repair, that section of roof. I explained that my priority was a quick repair to stop the leaks before winter rain and snow, rather than the highest-quality shingles, or an exact match to the existing shingles. They said they could be in and out, completely cleaned up, in a day. We didn't set a specific day for the work to be done. A couple of weeks later, maybe a bit longer even, a pallet of shingles appeared in the driveway. The next day they arrived and did the work. As promised, it took only one day. Everything was cleaned up, and the roof looks nice. I have not climbed out on the roof to inspect it in detail, and don't plan to. It hasn't rained much since the work was done, but so far so good. I had thought that they might be able to get started sooner, since we didn't care much what shingles they used. Apparently they had to order them nonetheless, so work was delayed a bit. In the end everything got done before bad weather arrived, though.

Description of Work
They replaced the shingles on one section of my roof. This was just one side of a peaked roof, an area that is separate from the roof on the rest of the house. This included flashing around a chimney and against a wall, and the cap shingles along the ridge.