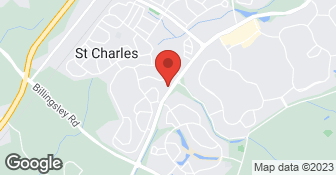 2-3 Employees. No subs. Cost is flat rate and hourly. S&S Electric, offers a wide variety of services that are designed to accommodate all your specific electrical projects. We are dedicated to meeting your needs effectively, professionally and affordably. We offer a level of expertise you're not likely to find elsewhere. We are licensed and insured for your protection. You can count on S&S Electric to provide the absolute best electrical repairs and installation services. We will be more than happy to provide you with a phone estimate for your small projects and a writen estimate for your larger ones. You can rely on us for a quick responce 24 hours a day, 7 days a week and 365 days each year to complete your electrical projects. When you are ready to start your next electrical project S&S Electric will be here ready to leave you impressed, your home clean and a quality job to be proud of. We want to be the only electrical company you'll want to hire. So no mater how big or small your electrical project is we have an electrician that is here to help....

8% off - Installation of a Roof Mounted Attic Fan…

I actually did not use their service because Dave offered to walk me through the process instead of me paying to have someone come out. He told me how to correctly turn on and off each breaker to each area in the panel box and just that clarification did the trick (I obviously was not doing it correctly before). I am grateful to him for his time and knowledge, and will certainly reach out to his company for future electrical services.

It went very well S&S Electric went above and beyond making sure the trims fit and that I was happy/satisfied with the finished product.

Thank you Dave for speaking with me regarding scheduling and appointment to come out to see why we were not getting power to some of the outlets in our laundry room despite our initial efforts. I am familiar with S & S electric due to service Dave & Steve provided to my elderly parents a few years back. I was at the home both times they came and found them to be professional and polite. They completed both service calls promptly and gave great advice. When we discovered we needed service at our home S&S was our go to choice. But, we did not end up needed them to come out as my other half went back and tried all the breaker switches again...and problem solved. Good to see Steve & Dave are still they dynamic duo with S& S electric.

As usual their work was second to none. Outstanding job, took all of maybe 30 minutes. Was early and went right to work, located it and installed it PDQ. That’s why we have S&S on speed dial.

Description of Work
They located and installed a doorbell transformer.

A+ Top notch service. Installing 1 attic fan, realized needed another one replaced. They went out, got a 2nd one and installed them both, plus gave advice on our under cabinet lights that always blink. Followed up the next day with a $15 solution to try before we do a repair. Good communication - they answer the phone when you call. Showed up on time and done in under 2 hours which included the time to get the 2nd fan.

Very well. No holes in any drywall. All added wires went through attic

My home needed a new circuit panel. I wanted to find an electrician who was very familiar with construction style in my neighborhood, Hyattsville, MD. I posted a message on the local listserve and received a referral for S&S Electric. I contacted Steve and S&S and told him about my home's needs, and it's old construction style. He was very courteous and informative. He gave me a quick estimate and fair price. Steve and his crew completed the work in one day. I experienced no downtime in my home. He even installed a wifi switch for me free of charge. I would happily recommend S&S Electric to any local homeowner.

Technician came out and replaced the GFI outlet then tested the other outlets to make sure everything was working properly before leaving. It didn’t take him long at all. He was knowledgeable and professional and I would definitely call them back

Excellent service. Technician called prior to arrival. Arrived at the beginning of the scheduled window time. Work was done quickly and efficiently. Technician was very professional and friendly. Representartive on the phone to schedule service was polite and helpful as well.

Polite and knowledgeable. Serious about work.

The technician quickly determined the cause of the tripped breaker and repaired the same in minimal time. I will definitely use S&S in the future.

I contacted this company on behalf of my mom because I have used them before. I sent them a email through Angie's list on 11 January. AS of today the 17th of January I have not heard back from them so my mom called another electrician to do the work.

I just wanted to get an estimated but the guy aggressively pursued the installation. He didn't really explain what's the differences between 2-yr fan and 10-yr fan. Didn't explain the benefit of the attic fan.

Please enter what you would like the response to look like:Hello, I am not showing that we installed an attic fan on the date you provided of 10/23/17 or any dates around that time. I don't know if you have us mixed up with another company. But if you could please give us a call at [company info removed] or email me directly at [company info removed] I would like to speak with you about this and if we did provide the service to you I would like to get to the bottom of this matter. Also we are a small company with just 2 to 3 people. Most of the time when we do any work were we are going to be on someones roof we always have 2 people there to get the job done. So the 2 people would most likely have been Dave and Steve (me). We only offer 2 diffrent attic fan models. We offer a roof mount electric attic fan and a gable mount electric attic fan. Both fans that we offer come with a maufactures warranty of 5 years parts and labor and 10 years for parts. So we don't offer any attic fans that would be a 2 year or 10 year fan. I know that there are some attic fans out there that have warranties that range from 2 years to lifetime warranties. The attic fans we use very really have any problems. We have used many different attic fans over the years and i feel the attic fans we use now are the best fans I personally have used. We have used a couple different lifetime fans and most only lasted a few years and getting warranty parts was very hard. The attic fans we now use and have been using for the last 10 years or longer have had little trouble with the fans not working or going bad. But when we have had any problems the manufacture has sent parts right out to be replaced. I am sorry for the less than perfect experience that you have had wether it was with us or another company. Thank You Steve S & S Electric, LLC [company info removed] Steve(at)[company info removed]
5.0

I couldn't be more pleased with this company! Dave C. showed up on time and even called to let me know he was on his way. Very knowledgeable, conscientious, polite, and professional. He worked through a couple of issues and did top quality work! He kept me informed throughout the task. He went out of his way to prepare the wood surface by removing old caulk and sanding so that I would have minimal paint touch up to do later. He even asked for paper towels to clean the new light! He attached the new light securely and safely. What a joy to find a company that doesn't overcharge or take advantage of you. Superb work; top notch!

Description of Work
Remove old coach light and install a new one on a historic home.

Very well. Steve & Dave were friendly, professional, and efficient. I appreciated that Steve answered my questions and explained things to me when I asked.

They where on time and very professional. I would definitely hire again.

Description of Work
They installed a ceiling fan and four recess lights in my home.

They were awesome! We were having a new roof put on at the same time and tried to schedule S&S to put in the fans once they had removed all the old tiles. They were prompt in getting out here at just the right time and installation was a breeze. Took all of 20 minutes to install and the roofers were able to continue working while they were installing the fans. Couldn't have asked for a better coordination! We will definitely use S&S again!!

It went very well. Polite and considerate. Gave us the option of replacing or repairing. Quick and professional. Very pleased with work that was done. Would hire again if needed.

This was the first time we've used a fixed price through Angie's list and were pleased with the process. My wife met the technicians so I'm relaying her thoughts but overall the process went very well. The only complaint she had was that they had said it would be between 9AM and 11:00AM. We thought that meant it would be completed during that time, but that was actually the window when they arrived, since they got there shortly before 11AM. (Very minor in the overall process, but just wanted others to know.) Once they were there, they were clean, polite and completed the work in a timely manor. The fan has been working beautifully for the last month and we would definitely use S&S again the future. Thank you!

Description of Work
We had S&S install/replace a roof fan that was beginning to fail.

They are top-notch. A little pricey. They do an excellent job. They know what they are doing. I trust them. The owner is a master electrician, he has been in the business for years and he does a fantastic job. The workers are great, I dealt with the owner and his partner. I have been useing them for years, I have used them many times.

Description of Work
I use S & S Electric for all my electricity work. They installed a couple of outlets and installed a new electrical unit in the ceiling.

Steve and Dave did a great job! I received a thorough estimate and all my follow up questions were answered fully. They were able to accommodate a variety of requests and mitigate many electrical issues. Quick & professional work. Recommended!

Description of Work
This review is long overdue. The guys at S&S did the electrical work for

I contacted S&S this morning and Dave was very patient as I tried to explain that other "helpers" had tried to replace the switch and the GFI outlets. Last night my daughter heard a "pop" and the lights went out! He and Steve were very timely. They arrived right within the window and began trouble shooting. Within 45 minutes they were able to assess where the electrical mistakes were (from the previous "helpers") and fixed my problem within the hour. They were professional and very personable. I found myself thinking about any other electrical work I need done.