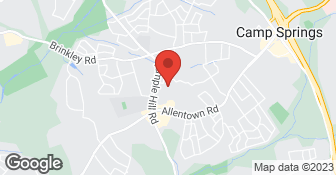 JA renovations is your best solution for a wide range of home maintenance and renovation needs. Our technical staff are professionals and specialist in repairs, remodeling and improvements in housing such as plumbing, electrical service, professional painting, bathroom and kitchen remodel among others: renovation or handyman support needs....

It went extremely well. The craftsmanship and attention to detail were impressive. Our foyer looks incredible!! My husband and I are beyond pleased.

Description of Work
Installation of molding on foyer walls and chandelier

I have hired JA Renovations & Home Improvement several times for various home projects. Their work and customer service continue to impress me. I would highly recommend using them.

Excellent. Professional. Text messages before arrival and on completion. Fair price and shows up! Highly Recommend!

Description of Work
We have hired JA Renovations twice. Each time for interior painting, caulking a bathtub and general handyman carpentry.

I was very pleased with the work completed by JA Renovations. They responded promptly to my request and even though their schedule was very busy they were able to work my project into the schedule. Jorge arrived on time and worked efficiently to complete the project. I would recommend JA Renovations for your home projects.

The install went smoothly and JA was friendly and informative.

I was very pleased with the services rendered by JA Reno. They performed a number projects for me, i.e., replaced gable vents, rescreened and installed a new screen door, and painted the exterior of the screened-in porch. Also, replaced the screws for the iron gate and installed two, wrought-iron plant hangers. I appreciate the fact that they arrive on time and get the job done. I will definitely be hiring them for more projects next year. Eileen Tolson

They did a great job - very responsive, sent pictures of lighting fixture options from the hardware store with quotes, and did a nice job with installation

Our appointment was Friday. First, I contacted them on Tuesday to confirm my “to do” list. Never responded. I contacted them Wednesday, no response. I called them Thursday and they said they never got my messages but I messaged the number I was giving for “communicating.” I told them what I needed done and they advised me on what roof sealant to get. He also messaged me after our call to make sure we were getting the messages (which came through just fine) and to message him a picture of the sealant when I got to Lowes. Again, 30 minutes later I’m sitting in Lowe’s and no one responds to me. So I just get two of what I hope is correct. They arrive 20 minutes late on Friday and I was greeted by a man and he tells me he has a worker with him. I say ok, and show him the dryer vents, birds nests etc. They finish the dryer vents, sealing the roof in 3 places, and removing birds nests at 4:18pm. He said he needed to get the correct roof shingles and they will come back. He said he would price them for me and let me know. I pay and tip. I assume since I originally paid for one man-4 hours, the 2 hours would be used when they came back with he correct roof shingles. Instead I was informed 2 days later with a crazy roof quote I would be paying for labor as well. The work on Friday was only 2 hours since they decided to bring 2 people for safety. I asked why I wasn’t informed of this PRIOR to their arrival, when I made the appointment? Why advertise (and I accept) one man for 4 hours if that’s not what you’re charging me for? I live in a gated community, safety isn’t an issue and I was never told this prior. The communication from earlier in the week, the dishonesty and charging me for 2 people when I requested one is why I won’t be using them again and please be aware when hiring them.

Mr. Josue came to my home and assessed the home items I needed repaired, said he would have to purchase new parts and he would get back to me. It has been a week and he has not gotten back to me. I have to assume he is declining the job and is refusing to notify me. I needed to know his decision one way or another; if not, I could call someone else. Communication is very important in any business!

There was a HUGH lack of communication and follow-up on the project. When we did make contact, I was quoted one price, and during another conversation, I was quoted another price much higher than the 1st quote. That on top of the contractor never physically showed up on site to look at the project. In fact, I was told to to take the measurement for the project. They were not willing to come out to assess the work needed to be done. It almost seems as though they were not interested in taking on the project. Needless to say, I was no longer interested in hiring them either.

We have the experience and dedication to bring your dreams to reality! We guarantee your satisfaction, and we won’t leave until the job is done right. Our team has quality experience in this industry, and we make sure our customers are satisfied! All our chemicals are eco-friendly and high grade value!  …

Welcome to Painting Coronado Services! 26 years of work experience in handy work, I'm passionate in providing my services to better the community and grown myself as a person, and also a business. My specialty is in painting, door, window, carpet, siding, and roofing installation. Please shoot us a text to write you a free quote.  …

JA Renovations & Home Improvement is currently rated 4.6 overall out of 5.

Are there any services JA Renovations & Home Improvement does not offer?