With over 17 year of experience Danny's Home Improvement LLC has been serving Montgomery and Howard County for all general contracting and general remodeling needs. Integrity and customer satisfaction are our highest priorities. Please contact us today for all your home improvement needs.

Danny repaired drywall in bathroom. He was fast and very professional. I plan to hire him again. He also provided a written estimate and clear on going communication. He cleaned up and was very neat.

The dry wall and paint look great. Small area of the flooring could use a touch up. Overall it went well.

Above expectations - all work was completed in a clean and timely manner - Danny and his team are true professionals. Prompt, clean and very respectful of the home and home owner. Followed all COVID protocols. Will definitely hire again and refer to friends and neighbors.

Description of Work
Demo and Replacement of Bathroom Flooring - Tiles

Mr. Danny did excellent work on installing my kitchen cabinets and other work in my home. I would highly recommend him. I plan to get Mr. Danny again for other home improvements needed in my home.

the job was excellent, he was professional and it was quickly and neatly done. was very very pleased and I would highly recommend him..

It did not go well. Danny sent out one of his subs to do the estimate for the work that was described which included cutting out and replacing water damaged drywall then repainting the are to complete the work. Essentially, the job was simply to restore a 4x4 section of ceiling to its original condition. Danny's sub (Roberto) quoted the job at 400$ and one day of work which is actually a fair price. I was surprised at how little time he required since I was figuring this on being a 2-day job. Can one really patch, tape, mud, sand and paint all in one day? I was skeptical but they are supposed to be the professionals and so I awarded them the job. On the scheduled day, Roberto was actually early, unusual for a contractor and therefore a good sign. Roberto brough his equipment in to get started and I left to do an errand. When I returned about an hour later, Roberto was painting the ceiling. When I told him that was not the work he was contracted to performed and that he was expected to replace the drywall, he told me he’d have to go to Home Depot. At this point, Roberto proceeded to pack up all of his equipment, plastic and other protective covers and tells me he will not be returning. I am not sure which part of this irritates me more, the amount of my time Roberto wasted or the fact that he actually thought that I would pay him 400$ to paint a small section of ceiling. I have no idea how I could have been clearer about the work that I was expecting. I sent Danny a detailed description and picture. When Roberto quoted the work, I described everything that I wanted to have done. And now, I need to start this whole process over again. I was very disappointed in this overall experience, which surprised me considering the reviews. The only thing that I can think to suggest here is that no matter how small the job is, make sure there is a detailed written contract and statement of work.

Fabulous! I had an idea and Danny totally was able to go with it to create my dream contemporary kitchen with IKEA cabinets. Installed backsplash to match my crushed quartz countertops and laid luxury vinyl tile. He suggested touches like black outlets that added a touch of elegance. He will work with you if you have your own idea or he will bring his own. On time, communicates, total professional. Amazing at solving problems that come up to make things work. I cannot say enough good things about his expertise. I highly recommend him. He has also completely gutted a townhouse for me remodeling kitchen and bathroom in the past and will engage him for more work on my home.

Danny was very easy to work with and made sure I knew when he was coming. He had called me in time to let me know that he couldn't come when we first scheduled an appointment. He came the second time we scheduled and completed the work. He did a great job of fixing the wall and ceiling and closing the gap in the bathroom. The drywall fix was neat and smooth, and he prepared the fix so that I could have it painted if I decided to do that. I had told him I wasn't going to have it painted because I would be remodeling the kitchen at some point, so I thought that was above and beyond "the call to duty.." He cleaned up the areas, and I couldn't tell that any work had been done. I would definitely hire him again. Also, he gave me an excellent price.

Danny was the best contractor I have ever worked with. He was quick to submit a reasonable quote, very professional, and has a wonderful work ethic. My basement turned out better than I had imagined. I will be using him again and I have referred him to friends and family.

Danny did a great job! He just needed to communicate on day of work that he wasn't going to be at my house at the time agreed on he came 45 min later.

Thanks for your review [Member Name Removed]...don't hesitate to call me when you need more work...
5.0

Description of Work
Ceiling repaired after a leak

Very happy with Danny's work! Very responsive and great communication regarding the project and when it would be completed.

Thanks so much for the review..I appreciate your business..Hope I can work for you soon.. Danny
5.0

Very well and completed on time

They did a great work. They got here on time. They kept the work area clean and work fast. The work was done on the ceiling. The ceiling was falling down because of old buildings standards. The builder used nails instead of screws.

Good work ethics. I was satisfied with the service and will recommend him again and again.

I tried several times to call to schedule estimate. The call either was never answered, call answered then immediately disconnected, answered with no response or option to leave a message. Very unprofessional and not the kind of company you want to do business with.

They did an excellent job and communicated with me through the whole process. I would definitely use them again and I would recommend them.

Description of Work
They redid my handicap ramp, power washed it and stained it.

It went great! They showed up on time and they were very professional.

Description of Work
They did interior and exterior painting. 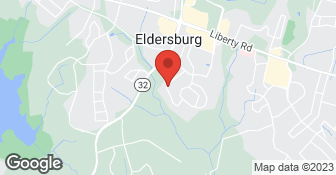 Danny's Home Improvement LLC is currently rated 4.7 overall out of 5.

No, Danny's Home Improvement LLC does not offer warranties.