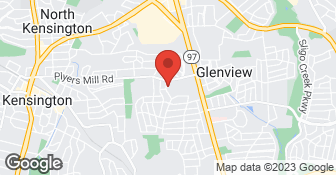 Here at Radon Abatement Services we sustain our business on quality and integrity. We are experts in the residential and commercial radon mitigation trade and are committed to quality from the beginning to the end of your project. We are family owned and operated providing award winning services since 1998....

John and his team have the upmost professionalism, and we are extremely satisfied with the result of our radon mitigation system installed in our lower level. John was patient with me as we communicated on possible installation locations and was able to address all of our concerns. The crew provided excellent customer service. The supervisor discussed all of the possible installation options so I could make an informed decision on where to install the system. Our radon was averaging about 7.5 over 30 days, and would peak to 20-30 during heavy rain. Since our system has been installed and running, we've averaged 0.84 - and that's during heavy rain. Lastly, the total cost was fair and a great value for the price. I've dealt with multiple sub-contractors on various projects, and this was one of the better - if not best - experiences. I highly recommend this company if you're considering a radon mitigation system.

I monitored the radon in my house for about a month with a Radon Monitor made by AirThings. After a month, the average stayed around 4 pCi/L. I have a friend who recently had a radon reduction system installed in his house, so I asked who did the work for him. He told me that Radon Abatement Services did the work and that he could not have been happier with the work. He gave the owner's (John Swett) direct number. I called John and told him that I would like an estimate to have a radon reduction system installed. John immediately gave me the information that I needed to start the process. Within an hour, an employee (Nikki) called me and patiently, knowledgably, and professionally provided me with step-by-step instructions to get the ball rolling. Nikki is very responsive, and she follows through with everything she says she is going to do. I was provided an estimate, installation date, and within a few days I had a new system installed. The crew arrived on time and impressed me from the minute they got out of the truck. The team leader (Walter) knew me by name and introduced me to his crew. The crew is AMAZING! From start to finish, they respectfully treated my house as if it was theirs. Drop cloths were laid everywhere they were working. Walter and I walked throughout my basement, and he explained in great detail the extent of the work that he and his team would be performing. He explained the tests that he was performing (i.e. material under slab, air suction). Once he gathered the data he needed, he explained to me the entire process, and then he and his crew went to work. Walter is an expert through and through. Not just with his knowledge of radon abatement, but as a professional craftsman. The attention to detail, precise placement of all holes, piping, and electrical are very impressive. The efficient manner in how the job was carried out is second-to-none. The precision and amount of work that they accomplished in just under 4 hours is phenomenal. Since my basement slab did not have gravel underneath, the installation required two suction points. Walter's design, calculations, and fabrication of the two-suction system were brilliant. The work, both inside and outside, looks like a masterpiece. When the job was complete, Walter walked me to each portion of the job (inside and outside) to show and explain all aspects of the system. I'm 59 years old. During my lifetime I have hired many companies to perform a variety of services. Radon Abatement Services ranks in the top 5% of all companies I've ever hired. If you are considering getting a Radon Reduction System, or have Radon Reduction needs of any kind, LOOK NO FURTHER! Radon Abatement Services is the only place to go. The owner, employees, and services are beyond compare.

Radon levels were reduced significantly. The work crew was professional and did a great job. I found their pricing fair and the quality of the installation to be first rate.

5 stars from start to finish. Nikki the scheduler/admin was very kind and patient in getting the details of my basement layout and communicated with owner John to ensure the correct diagnosis and remedy for my situation. I thought that I needed to have my crawl space encapsulated ($$$), but turns out that a remediation system in my utility room was the solution. The team arrived on time for install and took great care to put it in the least intrusive area of the room. Even though it required moving and replacing shelving. They also positioned the exterior vent pipe and fan in a place that wasn’t an eyesore. They also went above and beyond by recognizing and sealing a large gap in the foundation slab. Super clean and quality work. Unbelievable value. Couldn’t be happier.

I used Radon Abetment Services LLC to install a radon system in my basement. John and his team were excellent and I highly recommend them to anybody with this need. John was able via video over phone identify where the system should go. His team was extremely professional and courteous. The installation took a day and the improvement in radon levels was remarkable. We would absolutely use them again.

The work itself was good however I found the owner John to be extremely rude in his correspondence with me which I did not appreciate and which is the reason why I would not rehire them.

It was excellent. I like the pricing. They shown up on time, they did everything quickly and smoothly. Answered all my questions.

Description of Work
They installed some stuff to make radon go away and stay away.

HTI performed services in a timely and professional manner.

I contacted Mr. John Swett by phone, leaving a voicemail. Someone from his company called back to get all the particulars of my situation. After answering those questions, Mr. Swett called me to confirm some things. He was ready to send a crew in just a few days but I needed to wait a week. The crew came as scheduled, did a super job of determining how to best vent the radon gas, added electrical circuitry and put two holes in my basement slab and one through a basement wall, added the external fan and the remaining outdoor piping. I then retested my basement and the score was 1.0, versus the 5.1 it had been before. I found the whole operation to be extremely professional and talented.

Description of Work
I needed the radon concentration in my basement lowered.

Thank you Mr. [Member Name Removed]; It was a pleasure to work with you. Please feel free to call me directly any time if any questions or issues arise with your radon mitigation system. Sincerely, John Swett Owner Radon Abatement Services

Radon Abatement Services is currently rated 5 overall out of 5.

No, Radon Abatement Services does not offer a senior discount.

No, Radon Abatement Services does not offer warranties.

Are there any services Radon Abatement Services does not offer?