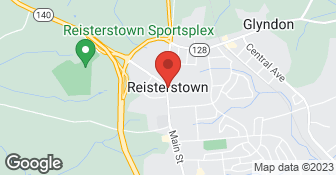 Please call 1 of our local offices - Virginia: 410-205-0013 (OR) Maryland: 410-330-0059. We use the best air duct cleaning equipment to do the best work possible.Pure Air Duct Cleaning we use one of the best duct cleaning equipment and has every size of hose and brush needed for various duct sizes. We use strong vacuums in portable, wheeled units and keep tools and accessories in our vans to make sure we can complete each job. As part of our full range of service, we also clean dryer vents, which can greatly reduce the risk of a house fire.  …

For more than 5 years, IAQ Duct Services has provided Air Duct and Vent Cleaning Services in the MD, DC, VA Area. Customers have used IAQ Duct Services to help keep their properties clean, secure and safe. We know the ins and outs of duct and vent cleaning like no one else, and our knowledge can make the difference between a successful cleaning and a costly one due to inexperience and cheap service.  …

Are you looking for the most reliable and experienced residential and commercial cleaning company in the Maryland, Washington, D.C., and Virginia area? Don’t look any further. We specialize in carpet cleaning, air duct cleaning, mold inspections and remediation, and water damage restoration. Vanilla Clean is a certified, licensed, bonded and insured cleaning services provider located in Maryland. Believe it or not, we love cleaning and will be happy to take this job off your hands.  …

Total Bait and switch with this scam of a company. Let me explain. I got an Amazon coupon which states "Whole-House Air Duct Cleaning for One Main Vent, One Return Vent, and Unlimited Supply Vents" On the surface it looks like I would get the main supply cleaned and one return cleaned and all vents . But what this shady company does is they call the return a 2nd main line and tried to charge me $115 to have it cleaned. Then they tell you that it would be pointless to not pay the extra to have it cleaned. He then put me on the phone with supposed manager (In sales speak it was the closer who's job it is to get more money out of me). He told me that the technician made a mistake & should have charged me at least $135 (what a bargain...NOT!) Then he asked why I had my appointment rescheduled. I let him know that they did not have a technician available and they moved the schedule. So the closer told me that for the scheduling inconvenience. He would do it for $80. (Nice try at making me feel like I'm getting an even better bargain) I relented, and paid the extra $80. As far as the work goes. I would say that they did an okay job on the return & the main duct line. But the vents in each room they only put a thin hose through the registers and vacuumed only a few feet from the wall leaving about 10 feet in each line from the registers to the main supply line untouched. I'm sure they are still full of dust and cobwebs. Any reviewer that gave them an A rating and used a groupon or Amazon local deal coupon, probably didn't realize that they were victims of a bait and switch. I WOULD NEVER USE THIS COMPANY AGAIN. Primarily because of their shady business practices. But the work was mediocre at best. I would rather work with a company that will be honest and up front with their costs.

I thought they were responsive to initial inquiry and then we had to reschedule so they were flexible about that. They were prompt. The communicated to us the day of the cleaning as well.

Description of Work
I used the "Big Deal" for the services of VentClean for air duct cleaning.

VentClean were good. They didn't make a mess, everything was good.

Description of Work
I used VentClean. I had bought a coupon and I had some other things done for which I paid extra. They cleaned all the vents and they did the exhaust fan and dryer vent.

Let me first start by saying that this company is VERY misleading. I bought a Groupon for them and the company listed says "Mr. Vent". When you click on the website the company name says "VentClean". The invoice the tech gave me said "Air Duct Cleaning". Now that is three names. On top of that they had different websites "VentClean.com" and "NeedClean.com" The tech Joe was the worst. When I booked the appointment they did say I may be charged an additional fee for more than one return, but he was very aggressive and tried to charge me an additional $195.00 to clean the additional return. I told him no thanks as I was not looking to spend an additional $200. Now of course I expected him to move around my house to clean the vents, but for some reason he felt a need to pretty much follow me around when I was getting information or making calls pertaining to the sale. Like at the end of the service I had to go upstairs to get the invoice that he had given me sign. Instead of staying at my door, he followed my back upstairs. Not good! Let me jut say NEVER AGAIN and total RIPOFF!