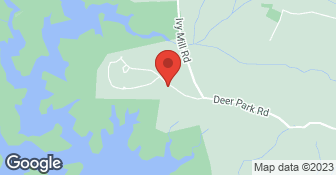 Ivy League Construction LLC is built to provide high end performance for an average market price. We grew up from a carpentry crew to a business that has the answer for all of your home improvement needs. Our combined experience in construction is more than thirty years. You can integrate with us in your project at any stage or use us as a one stop business from initial design to completion

Description of Work
Ivy League construction did a great job with floor tiles. However, here are the problems I encountered: | The work was never completed. | The bulk of the work was done, but finishing was poor. We still have walls that haven't been completely painted, a ceiling not yet painted, which we were told would be. Wall unevenness we were promised would be removed by good mud work was not completed as promised. | The quality of finishing was not great. Nails were not always driven into the wood on moulding, the wood filler over the nail holes never put in or way too light. |The biggest problem was a last minute attempt to charge for services never agreed upon as costing more. So for sanding and staining a door, $750.00? And for staining three doors, the staining was poor quality, uneven, and yet the attempt was made to charge $350.00 for that. As I see it three doors were ruined by poor staining. The front door was stained poorly anyway, having to be remanded in parts, and those parts are lighter now. The polyurethane bubbled and required more work. The wood door itself was dropped and damaged, and the inside scratched. |A basement door was never completed, never painted as agreed upon. |Sanding of windows was promised, but not done well. A blotchy appearance is now part of the finish. |Trash was left in front of the home and behind the home for well over a month. In the front of the house, things were leaned on a wall and the stone work damaged. The argument made was that this was a problem with a flaw in the stone, but it would likely never have happened had stuff not been leaned into the wall. |From the beginning, putting tools, heavy tools, on fine furniture WITHOUT putting any padding below it. I had to do that. THIS REALLY BOTHERED ME. I shouldn't have to remind Ivy League Construction to protect expensive furniture. |I won't complain about the cutting of floor boards inside the house, covering everything in dust. This really should have been done outside. But OK. I'll let that go. |Not cleaning the tile work by our front door, so that when we moved a white sofa, the black color of the grout stained the sofa back. |Not asking for any permission to use my tools, such as a table saw, before using those tools. This is just common courtesy. |Taking probably double the time to complete the work because insufficient workers were assigned to the job. |The workers stopped working after insisting on payment, then once they were paid, not returning, not even calling to complete the work. |Washing paint brushes, polyurethane in color sinks, expensive sinks and vanities rather than outside. |Washing paint on a landscaping boulder with great patina, only to stain it with paint, then ruining the patina with acids trying to "clean" it. |And, again, presenting an after the fact bill for more than 4 times what I owed. I would NEVER have bought the doors I bought if staining alone was done so poorly that it looks completely amateurish. They ruined 3 expensive doors. |Part of the problem is that they are friendly, so you want to take their word, but the execution of the job left much to be desired. |I ordered, based on their estimates, way more flooring than I needed. Not just a little, and can't be explained by granite work over about 10 square feet. I bought over 80 square feet more than I needed. Lost at least $500 with that estimate. |I like the workers personally, but what they did was less than professional and unethical. My work is not completed yet. |I waited 20 years to complete this work. I was so looking forward to it. And my dream of a home I loved was not fulfilled. Not a terrible job, until you look closely. Just depressing. The only thing they did that I have no problems with, as yet, is the granite work in our basement and kitchen. |

They were wonderful. They were very personable and gave lots of attention and ideas. They helped me with every step of the way. They even took me shopping for new cabinets. They did a good job for my neighbor and that is why I chose them. It took them 11 days to complete the whole job. The scheduling was very good. They were here on time, neat, and the staff is very pleasant to work with. I have recommended them to several other people.

Description of Work
They did a kitchen remodel with new countertops, cabinets, and lighting.

[member name removed], Thank you very much for spreading a good word about our company.
5.0

Built a screened in porch/deck on the back of our house. Fantastic work, great price. Would highly recommend for any home improvement needs.

Hi (member name removed), Thank you very much for spreading a good word about our company.
5.0

We're very pleased with how everything went. The laminate was installed professionally and looks great. What was nice was that once we picked the laminate we wanted they were able to pick it up for us from the store, saving us from having to pay for having shipped/delivered. It made everything that much more convenient. Additionally, what was really nice was that they were nice enough to go to a different store to pick up all the trim (quarter round, etc.) saving us an additional $400 in material costs. We're also very happy with the work they did in our kitchen - mainly, they installed about 8 IKEA cabinets for us. Igor was very efficient, and somehow managed to unpack, assemble and install all 8 cabinets (including some needed electrical wiring work) in about 1.5 days - this is no small task. Clearly, he has done this before many times. The IKEA cabinets are awesome and we're enjoying them every day. What we liked about working with Gene and Igor is that they're flexible. For example, we needed some shelves/cabinets in the laundry room and all we had to do was ask. They took a few of our old cabinets from the kitchen that we were replacing and hung them in the laundry room for us at our request. All around, this was a good exprience and we found Ivy League Construction to be a good company to work with. Most importantly, Gene and Igor are highly responsible and trustworthy. In fact, when they were working on our house, we were on vacation, and we had no reservations leaving them our keys. Really, I don't think things could have gone better for us. Thanks Gene and Igor!

Hi (member name removed), Thank you very much for spreading a good word about our company.
5.0

I dealt with the co-owner of the company, Gene Shvedok. This is my first experience with the company and it was very positive. Gene was very responsive (I called his cell phone many times during the exploratory period) and punctual. He kept all his appointments, during the estimation, and contract signing phases. The roofing crew the Ivy League Construction works with has been in business for 20 years. They (7 or 8 people, all related to one another) completed the entire project in a single day. The shingles were delivered as promised the day before installation - correct brand and color. The roofers worked in a very professional fashion leaving the area accessible and reasonably clean during the installation. The yard was absolutely clean (I did not find a single nail or a shingle) after they were done. The roofers told me as it is typically done that they will replace the wood sheets if they are damaged by water. They did not find a need to replace any wood. Thus the final payment was just as was agreed before the installation started. Gene came to the site during the installation to supervise the job of the roofers. I am happy the this project results.

Description of Work
The roofing contractors used by Ivy League Construction replaced the roof of my house by removing the old shingles and installing new architectural shingles.

Hi (member name removed), Thank you very much for spreading a good word about our company.

Landlord Gopher is you premier company for any and all Real Estate Services. We provide 24/7 care of your property for a flat rate of $89.00 monthly (no long-term contracts, month-to-month agreement). With almost 20 years in business compare us to Property Managers who charge 10% for like services. Contact us for additional information and promotions.  …

Ivy League Construction LLC is currently rated 4.6 overall out of 5.

No, Ivy League Construction LLC does not offer eco-friendly accreditations.

No, Ivy League Construction LLC does not offer a senior discount.

Are there any services Ivy League Construction LLC does not offer?