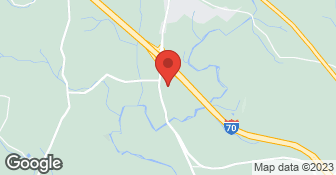 Expert water specialists that will solve your problem 100% guaranteed, making Solutions In Aqua the leader in water treatment, water softeners, filtration and purification, water testing and diagnostics, whether city or well water. We also specialize in pressure issues, pressure tanks, well line repair, well pumps, since 1984 in the MD, VA, WV areas. #1 in customer satisfaction, we offer an unparalled level of knowledge and professionalism. The best warranties, low price guarantee and 100% satisfaction are just a few reasons why we have such a loyal customer base. We work with you to support your equipment with our Service Reminder Program and are happy to support the do it yourselfer. We offer in house financing with no interest payments and accept on line payments as well as all major credit cards. Referrals are our only business, no paid advertisements or sales commissions, resulting in quality, not quantity.  …

Our goal is to protect our clients' interest by providing a thorough and detailed inspection of the property. Safeguarding our clients' investment is our priority. We provide residential home inspections, commercial building inspections, pre-drywall inspections, radon gas testing, and mold sampling. View the rate for your home inspection and scheduling availability on our website. Home Inspectors at NextDay Inspect® are licensed by the Department of Professional and Occupational Regulation (DPOR) and the Department of Labor, Licensing, and Regulation (DLLR). Upon completing the on-site inspection the inspector will prepare a report, including photographs taken at the property, and arrows with commentary detailing the areas of concern. Specialized tools are used to ensure a thorough inspection of the properties components. Some of these tools are thermometer, moisture & humidity meter, thermal infrared camera, outlet tester. We have an A plus rating with the Better Business Bureau.  …

Orbit Water Solutions has been in the business of water for over 70 years and will continue to be in business once the current Covid-19 virus situation is under control. We are practiced and trained to adhere to all CDC recommended protections. We are a family owned business; your home is our home. We are considered an essential business and we are ready to help you with your home water needs NOW. If you wish to wait, we highly recommend you call us and get on our schedule now for the near future. It is our objective to educate our neighbors on the quality of their water and assist them in choosing the most effective way to make their home a pure water environment.  …

Initially emailed them to do a septic inspection on 6/3. No response, called on 6/6 and spoke to the secretary (Cathy?) and was told the person who would handle it (Dan?) was out of the office, but he would be back later that day and would call me back. She'd leave a note for him saying I needed to hear from him ASAP. 6/7, still no word, called again. Spoke to cathy again, same scenario. Leaving this on 6/9, still haven't had any response via phone call or email. I can totally understand if you're busy, but handling things this way is just unprofessional.

Description of Work
Inspection of septic system for home sale

Description of Work
Collected a water sample but there was some confusion in the process and a delay in reporting the hard copy results.

We are sorry to hear you feel there was confusion in the process. I have reviewed our notes and I see there was an issue with the occupant not collecting the first draw lead sample and not following up with providing our lab a lead sample. That might have held up the reports waiting on the sample. Many times in real estate transactions there are many people involved and everyone might not always share their information that is passed along. We sincerely apologize if you feel our service was not 100%, we hope you will give us the opportunity to provide you with our excellent service that we strive for with every client. We hope the delay did not cause you any issues with your real estate transaction and hope you are happily settled into your new home. Thank you for the feedback.
5.0

I have used their well water testing services since 2002. They are very professional and friendly.

Thank your for the outstanding review. We appreciate your business and look forward to working with you again soon. Please do not hesitate to contact if we can help you in any way.
5.0

Thank you for the positive feedback. We are here to help you with anything you might need in the future.
5.0

Description of Work
They sent me a small kit with instructions on collecting, storing and transporting water to test for safety issues. In a few days they told me my well water was unfit for human consumption. Easy, fast and professional.

Thank you for the outstanding review. We are pleased we could help you. Please let us know if we could do anything in the future for you. Thanks!
5.0

I have used this laboratory several times, once on short notice. They have always been cooperative and punctual.

Description of Work
Sampled and analyzed the water quality for my new well.

Thank you for your positive review. We are here to assist you with any other Environmental testing needs you might have.
5.0

They were early to the appointment and got to work right away. They were very professional and did a thorough job inspecting the system. They showed me exactly how the system was set up, including the fact that a new field was placed uphill from the old field, since the original field had failed. They found a spot where there may be a collapsed line, but told me to keep an eye on the area round it and call them back to replace the line if the ground remains soggy. Also found a busted access port which they diagnosed as having gotten hit with a lawn mower. John passed the septic system as those were not considered major issues. John took a sample of the tap water back to his lab and tested for all kinds of hazardous pollutants. This test was about $110, plus a $55 "site visit" fee. The test came back positive for nitrites (bacteria) but they informed me they don't treat the problem, as that would be a conflict of interest. They advised me of a couple of different methods for treating the problem and offered to wait to bill me until I had treated for the problem, and then they could come back and retest. Everyone was very polite on the phone and in person.

Description of Work
I am purchasing a house on a septic and well system. John Straits of Fredericktowne Labs inspected the septic system and drew water to test for pollution. They also subcontracted a plumbing company to pump the septic to ensure it is working properly. They did not just perform a dye test.

GREAT EXPERIENCE. THEY WERE PROMPT AND RELIABLE AND HAD SUGGESTIONS TO CORRECT PROBLEMS, AND A NUMBER OF PEOPLE I COULD CALL.