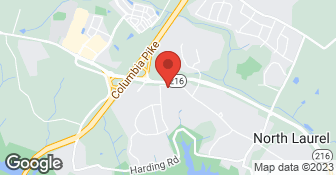 They said the water pump was leaking and they replaced that. One reason I use them is they arent over worked so it's not a long wait to get in. You can drop it off to have it worked on.

Description of Work
They repaired a coolant leak.

Description of Work
They replaced a camshaft sensor and fixed a coolant leak.

Description of Work
This shop provides the best service I have ever had for my cars. They have been keeping my cars in shape for the last 12 years.

I had my vehicle towed after hours to Thoroughbred Transmissions at the recommendation of AAA when the car failed to start. The provider had a night drop for the key and was able to look at the vehicle the next morning. They were extremely friendly and professional over the phone, explaining they would start with diagnostics and let me know what they thought the car would need. They called back within two hours explaining it was most likely the result of a bad cell in the car battery and asked whether or not I would like them to replace it. They were able to look at the car and repair it by 3:00 pm the same day, and were great about keeping me updated on the status. The only down side is they are very expensive. I was charged $56 for the diagnostics, which is not credited towards the cost of the repair, $115 for a new battery, $56 to install the new battery, and then $15 for and quot;Job Suppliesand quot; which is not specified what all that includes. Total it cost ~$240 (after a $11 AAA discount) for them to tell me the battery was bad and replace it. Overall, great service, bad pricing.

Description of Work
The provider performed diagnostics to identify that the cause of my vehicle not starting was most likely a bad cell in the car battery. They replaced the battery and verified that this fixed the problem.

I called Thoroughbred in the morning and they were able to take the car same day. The diagnostic charges were explained up front as well as indication of when they would be able to look at the problem. Since they couldn't find any leaks at all, they kept the car overnight set up in a manor replicating our driveway angle. The next morning, they found fluid on the floor and recommended changing the pan gasket. After making that repair, they discovered the actual problem was a clogged vent. The repair was made quickly and at little additional cost. This was a great experience in that Steve kept me closely informed on what they were doing and what I could expect. I was really impressed with his friendliness, knowledge and professionalism. Even the receipt is detailed with the work performed step by step to include customer contact details. This is one garage worth going back to.

Description of Work
Our car lost a lot of transmission fluid on the driveway seemingly overnight. The problem was a clogged transmission vent.

I still have a low grade squeal, but it is more of a minor annoyance and I know that I won't be stuck on the side of the road at this point because of it - at least not at this time.

Description of Work
Dropped off car because of squeal under hood. Thought it might be a belt. They checked it over and found a belt in need of repair and replaced it. Thought the squeal was from the alternator, but alternator was charging and maintaining properly. Suggested not replacing alternator at this time.

They are great. They usually have our car back on time unless they have to keep it for work that takes a couple of days. The mechanics are friendly and they make sure we know what they are doing before they do it and when it comes back it works.

Description of Work
We take our cars there for regular check ups and maintenance work.

THESE FOLKS HAVE DONE A LOT OF WORK FOR US. THEY ARE NOT CHEAP, BUT THE WORK IS USUALLY FIRST RATE. THEY ARE ALSO VERY CONVENIENT TO US. MY ONE COMPLAINT IS THAT THEY CHARGE FOR DIAGNOSTICS; IT IS A SEPARATE CHARGE ABOVE AND BEYOND THE CHARGE FOR DOING THE REPAIR. MANY SHOPS WILL DEDUCT THAT CHARGE IF YOU HAVE THE WORK DONE THERE, OR AT LEAST THAT'S THE WAY IT USED TO BE.

Description of Work
REPLACED ALTERNATOR ON A 1991 HONDA ACCORD.

Insured
All statements concerning insurance, licenses, and bonds are informational only, and are self-reported. Since insurance, licenses and bonds can expire and can be cancelled, homeowners should always check such information for themselves.To find more licensing information for your state, visit our Find Licensing Requirements page.
General Information
Free Estimates
Ask for details
Eco-Friendly Accreditations
No
Payment Options
Check, Visa, MasterCard, American Express
Senior Discount
10% ON LABOR
Warranties
No

How is THOROUGHBRED TRANSMISSIONS overall rated?

THOROUGHBRED TRANSMISSIONS is currently rated 4.6 overall out of 5.

What days are THOROUGHBRED TRANSMISSIONS open?

No, THOROUGHBRED TRANSMISSIONS does not offer free project estimates.

No, THOROUGHBRED TRANSMISSIONS does not offer eco-friendly accreditations.

No, THOROUGHBRED TRANSMISSIONS does not offer a senior discount.

Are warranties offered by THOROUGHBRED TRANSMISSIONS?

No, THOROUGHBRED TRANSMISSIONS does not offer warranties.

What services does THOROUGHBRED TRANSMISSIONS offer?

Are there any services THOROUGHBRED TRANSMISSIONS does not offer?