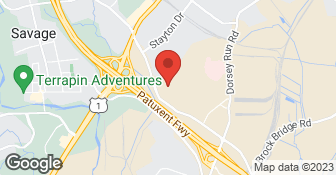 Family owned and operated for over 35 years. Specializing in Commercial and residential service repairs, additions, rebate lighting, standby generators, power surge protectors, panel upgrades, vehicle chargers and everything in between....

Jaded and the Snyder team were very responsive to my needs. Some issues arose but Snyder did as much as they could to ensure my satisfaction. The electricians doing the work were very professional. Jared communicated with me daily to let me know what was going on.

Hi [Member Name Removed], We responded Via Email and have not received any further feedback from you. Feel free to email us with any further questions or concerns Thanks, Jared V Service Manager
5.0

Awesome! I plan On using Snyder for all electrical problems or installation. Very professional and neat!!

Very good. I never had a problem with him. He was very knowledgeable, very responsive, and he does a good work. Price was competetive.

Description of Work
He repaired an exterior light for me.

We have been using them probably for 15 or 20 years. They are still there and they still show up, and do a good job. It's kind of amazing how reliable these people are and kind of market where I could go. I have just been lucky. We got them referred from various friends years ago and it turned out that they would still be there. They are pretty good.

Description of Work
Snyder Electric came out because a bathroom ceiling fan and light had died and they came out to replace that. We told them we wanted for years to put a light in this little entry closet and the whole deal came to something of the order of $300 or $400 with parts. They came and showed up with the exact model of the fan that was already in there because I sent them a picture in my cellphone. He did that very quickly and he came in and put this light in. I thought it was going to be a big wiring job because there was no outlet so they had to go through the wall to the opposite side to find power but the guy did that in about half an hour and he managed to find the achieved fixture that was just right for that purpose. They have done other wiring for me over the years.

I originally contacted Snyder Electric at the beginning of November. I received a call back the next morning, but because I was traveling, I was not able to return the call until late in the afternoon. I called the number given and only got a ringing - no ability to leave a message. So I called the main number and left a message. I never received a return call. In mid-December I decided to try again. I'd used Snyder Electric once before and had been pleased with the experience. This time, I was able to schedule an appointment promptly. The technician arrived as scheduled and got to work. As mentioned above, the replacement fixture did not fit exactly in the old position because of a raised access panel. In all, the Snyder Electric technician spent about an hour to redrill holes and get the fixture in place. I was happy that the tech took the old fixture and wrapping of the new fixture with him when he left. All in all, I was pleased with the services of Snyder Electric with three minor issues: the first was the lack of a response to my return call in early November. However, they did make one attempt and when I contacted them again, they kept to our agreed schedule. Second, after the technician left, I found pieces of the ceiling drywall on the kitchen floor (from the redrilling attempts, I'm sure) and two small gauges in the ceiling near the fixture that will need touch up paint. Not huge, but the gouges, at least, could have been mentioned. Last is the cost. $170 probably isn't unreasonable. However, when I used this company before for a similar issue (replacement of an outdoor light fixture), I only paid $65. Granted, that was 5 years ago and prices have gone up, but I was surprised at the jump. Snyder charged $65 for a service call and $105 for an hour's labor. I would not hesitate to recommend this company and would be happy to use them again.

Description of Work
Technician removed an old, wobbly ceiling fan (minus the blades that had been removed earlier) and installed a new fixture in the kitchen. Because of the location of an access panel to an upstairs bathroom, the new fixture had to be moved slightly - an inch or so.

They showed up on time, were extremely professional and helpful. They went the extra mile to get the barthroom fan working again. I would have no hesitation using them again. I don't their price in particular was higher than the prevailing rates, but just that the prevailing rates are too high.

The individual who answered the phone at Snyder Electric was polite and informative. Unlike other companies I contacted, Snyder was willing to handle a small job. The man quoted me the price and promised to have someone out the following week. The repairman who showed up (on the appointed day) was polite and personable. He quickly and efficiently replaced the coach light, including putting in a bulb to make sure it worked. The whole process took less than hour and one year later, I am still very happy with the light we chose. I'll use Snyder Electric again for any electric needs.

Description of Work
Repairman replaced an outside coach light fixture with a new one I had purchased. The old fixture had broken.

I was referred to them through my home warranty service. When I was given the name Snyder Electric, I looked them up to see if they were on Angie's List and they were.

Description of Work
Replaced the light switch in my kitchen.

They did a great job. I ve used them before and they are very reliable because they always do a fantastic job. They re professionals and they know what they re doing. I would recommend this company to everyone.

Description of Work
They installed a ceiling fan in my home and repaired eight lights on the outside of my home.

I HAVE USED THIS COMPANY TWICE THIS YEAR, AND I HAVE CONFIDENCE IN THEIR SERVICE. I HAD THEM PUT NEW FIXTURES IN MY KITCHEN, AND MOST RECENTLY I HAD THEM PUT A NEW BREAKER BOX IN FOR MY AC UNIT. I FEEL THAT THEIR PRICE WAS FAIR, TOO!

Description of Work
THEY PUT A NEW BREAKER BOX AND CIRCUIT FOR MY CENTRAL AIR UNIT ON THE SIDE OF MY HOUSE.

We are performing work as normal so feel free to reach out about your project or repair! During these times are following safe practices for both your family and our workers. We specialize in home repairs and projects, providing you solutions from basic to long-lasting so that we can ensure that we not only fit the budget but provide safety and comfort for your family. Haas & Sons is a small, family-operated business based out of Pasadena Maryland, serving Anne Arundel, Howard, and surrounding counties. Our certified Electricians go through constant training to be able to provide you with quality work, great warranties, and amazing service. What to expect with Haas & Sons- A company you can trust, Marked Vehicles, Uniformed and trained Techs, Constant communication, Upfront pricing, all with a friendly smile.  …

We pride our company on reliability, great communication, integrity, and quality work. We are experts in our trade and will do our best to keep you as educated as we can on your particular task or project. We look forward to earning your business! Seals Electric, LLC also specialize in electrical home inspection repairs, home inspection, panel installation, meter install, home rewire, basement wiring, and new addition wiring. We offer our services to residential clients. Our licensed electricians are dedicated to completing the job on time and within your budget. When you want quality electrical work done at your home or business in Laurel, MD, call on Seals Electric, LLC we are committed to providing our customers with the highest quality of service.  …

How is Snyder Electric overall rated?

Snyder Electric is currently rated 4.9 overall out of 5.

What days are Snyder Electric open?

No, Snyder Electric does not offer eco-friendly accreditations.

Are warranties offered by Snyder Electric?

What services does Snyder Electric offer?