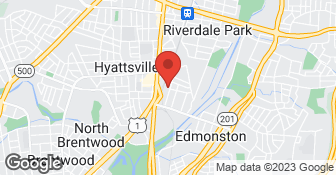 We provide high-quality moving and packing services by trustworthy and intelligent movers to the Washington, DC area. We have been awarded the title of “Best DC Movers” by the Washington City Paper *nine* years in a row now, for 2010 through 2018. We were also named a top DC area mover by the Washingtonian....

Here at District Relocators, if it’s not the smoothest move of your life we haven’t done our job right. Established to serve the Metropolitan DC area, our company offers affordably priced packages that get you where you need to go. Great customer service is our number one priority. That’s why we work so hard to ensure our movers are not only courteous and reliable, but also licensed and insured for your peace of mind. Contact us today with any questions and get your move on a whole lot faster.  …

Are you ready for the best moving experience ever??? Well you have found the right company that makes customer satisfaction their first priority. We are experienced movers ready to help people relocate in Virginia, Maryland and D.C. We provide full service moves as well as partial movers. hourly rates includes packing and unpacking, loading and unloading, disassembly and reassembly of furniture if needed and protecting your household items with quilted moving pads / strech wrap and handle them with care, and best of all we offer the lowest hourly and flat rates in the area, we also offer same & next day delivery and hauling, we are available everyday of the week including holidays and last minute bookings at no additional charge, we have many references and referrals because of our outstanding customer satisfaction. Please contact us for more information at 703-901-6096. Thank you  …

The team was great. They were speedy and performed all of the moving tasks we requested with an eye to making us as comfortable as possible in our new home.

We are very pleased we used Bookstore. Josh and Deones were very professional and excellent at their jobs. They were fast while being careful with our furniture. We really appreciated their can-do attitude (particularly when we told them they'd have to carry the fridge down steps into our basement). I would definitely use Bookstore again.

Fantastic total experience - from our first contact with their office to the moving team. On time arrival, quick & efficient service provided by Patrick, Brandon, Reynaldo, Cooper & Desmond. Moving team was polite, tidy and focused. They put us at ease from the first moment they arrived; we saw our furniture and possessions being handled with care & precision. We used Bookstore Movers to move 95% of our household into storage during a major refresh of our home. The office took in stride a delay due to a family emergency & a last minute notification that I'd underestimated the box count by 50%! Definitely will use this company again when we're ready to bring our things home.

This was the BEST mover we have ever had move us! They were on time, professional and super fast. Our team completed our move in 3 hours. I would definitely hire them again. The price cannot be best.

Description of Work
Moved in DC

I have used Bookstore Movers twice now. Their booking form has a section where you add all of your furniture and approximately how many boxes you think you will have. This helps them determine which truck and how many movers is best for your job. The office staff is very responsive to questions and follows up closer to the move day with the names of the movers and contact information for the crew chief. I paid for 5 movers with a 26' truck. On the day of, the movers showed up on time and worked quickly and efficiently. They brought blankets and tape to wrap furniture to further protect my possessions. They even wrapped my queen-sized mattress which was already in a protector bag. I would definitely use Bookstore Movers again.

Description of Work
Moving from apartment to house

You wrote a review for Bookstore Movers A moment ago 5.0 star rating 3/9/2018 I just used Bookstore Movers to pack my condo that I've lived in for 21 years so you can imagine it was a big job! The team was prompt, professional and completely efficient. Marcus and the team were so careful with my things and I feel like the entire team truly cared about the task at hand. I would use them again in a heart beat and they came highly recommended. The recommendation lived up to the experience. I priced out my move with other companies and Bookstore was definitely the best value for sure. Always great when your expectations are exceeded!

We ended up not using them. We communicated with them, and got a quote. A general quote, but we have not used them. You tell them what you want and the moved, and where you want it moved. They can generally quote you per hour for the move. Its an online quote. I would say they are friendly and quick. It was an Holiday, and they got back to me in a day. Even when I first contacted them through Angie's List and explained everything in an email. They responded to go online instead. I had already told them everything they needed to know. They need to streamline that, so that even if they prefer you to use their website. If you already have given them all that information through messaging, they could respond to say they would be happy to provide that with you. They could ask for clarification and additional questions. If they could put it on their end, and copy and paste it again. That kind of thing. I have nothing to compare the price to. Ultimately we didn't use them because there is another provider that we asked if they could take our stuff, and they did it a little bit less than what Bookstore movers had suggested. They also took the stuff with them to the dump or sold it. It made our life easier, and it was cheaper. They were in our neighborhood first, and doing a different job. Its hard to compare it, its a different situation. The price was fine. It was expensive what we needed. Just to move a few things from our home. They seemed like they were good, and a friend used them and had recommended them. I am sure they are fine. They were really quick.

Description of Work
It was an quote for moving services.

It was a truck with 2 guys. There was a heck of a lot to move. They moved from my house and there was also a storage unit that my brother had. The rate was absolutely fair. I would hire them again.

Description of Work
My brother was living here and he was moving out.

Bookstore Movers is great. They were fast, friendly, professional and careful both times we used them, several years apart. No damage to any of our boxes or furniture, and nothing lost. Pricing was clear and upfront. I can't imagine using anyone else as long as we're in DC.

Wow. Amazing experience. The team (Jason, Sean, Wayne, Will and Ulrich) were efficient and speedy. Everyone had a role and all worked beautifully together. They cleared my apartment in 1 hour. All furniture was wrapped and well taken care of. Sean took special care with glass drawer pulls and art. In the new place, they set me all up perfectly, even taking care to help with my cable/modem situation. Having professional movers is absolutely the way to go and I would never use anyone other than Bookstore Movers. And, coordinating this with the office was some of the most responsive and efficient exchanges I've ever had. They are fully on top of their game.

Description of Work
Moved me from my one-bedroom apartment on the 2nd floor into a condo on the 3rd floor. Wrapped all furniture in blankets, took care of glass dining table top and leather chairs; three large plants, queen bed, and more. In the new place, they set me all up w/rug placement, etc. They had to walk up 33 stairs to get to third floor place.

We do not do hoisting. We move upright pianos only in certain circumstances.