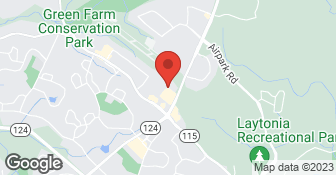 BRAX Roofing, a small business serving Montgomery County, and the DMV, consists of a dedicated team of top-notch product specialists, designers, project managers and installers. Led by owners Ben Matthews and Boris Cardenas, the team at BRAX Roofing is a cohesive unit that strives for 100 percent customer satisfaction, highlighted by quality craftsmanship and durable products that last the test of time. As a reputable business serving several areas in Montgomery County Northern Virginia and Washington, D.C. with the best in roofing, siding, gutters and replacement windows, you know you’re getting top-notch attention to detail thanks to the dedication of our product specialists, project managers and installers. We are also GAF® Certified Roofing Contractors backed by North America’s largest roofing manufacturer. Only three percent of roofing companies gain this distinction so we are very proud of this title. That expertise shows through in every job we take on. Friendly Staff Members When you call BRAX Roofing, whether for a free quote, to schedule a consultation or to ask a question, you will be met by friendly staff members who can address your issue promptly and efficiently. You will be put in touch with the right professional for your home improvement need, whether you need roof repair in Gaithersburg MD or siding in Bethesda MD. Come see why we offer exceptional service, superior craftsmanship, quality products and attention to detail thanks to highly trained and detail oriented professionals. In addition to roof repair and roof replacement, here are some of our offerings: Roof replacement and installation Siding Replacement windows and doors Insulation Custom seamless gutters Flat roof installation Metal Roofs Cedar shake roofs Slate roofs Roof repairs...

Great reviews unfortunately do not always equal great performance. This was the case with Brax Roofing. Upon deciding to install a new roof, gutters, and downspouts, I reached out to Brax, along with several other companies. Their salesperson seemed knowledgeable and professional. They were not the cheapest, but based on some good reviews, I decided to hire them for the job. Two roof installations and four gutter installations later, I unfortunately realize that good talk doesn't always equal good work. The work itself was a disaster (which is why I am guessing that many of the reviews are good. As customers feel as though Brax seems on top of things, but perhaps the homeowners don’t have enough expertise to know that their job was performed horribly). After the first roof was installed, it was apparent to even me as a layman homeowner that it was not done correctly. Upon review by the owner as well as others from Brax, the owner admitted that it was done improperly with the excuse that they were shorthanded with experienced roofers, so simply used unskilled laborers to do the work. Seriously!?! They then redid the roof over the next few weeks to get it to a point that it was acceptable. But it was like pulling teeth. And the jobsite was left a mess. I was picking up nails from my yard for weeks afterwards. The gutters and downspouts were even worse. This is a different crew and it is almost as if they are not part of the same company. They come at different times, are supervised by different people and are even less skilled then the roof guys. They literally had to install the gutters and downspouts 4 times. The first time, they installed them before the roof was ready. The next time, they tried to reuse the same materials which had been bent up during the installation and removal and I guess hoped that I wouldn't mind paying thousands of dollars for something that was damaged. The third and fourth times were not much better, but they wore me down and I finally accepted their subpar work. Once I paid for the work in full, they disappeared. I have since realized that the gutters are not just damaged looking, but also not functional in some places, but Brax (having been paid in full) has become a ghost. Not standing by their work, not providing any level of customer service, not even returning calls. I am a 21-year real estate broker and deal with dozens of home improvement companies for both myself and my clients, and Brax is certainly at the bottom of the barrel. I will never recommend them to anyone, and everyone should steer clear.

These guys are dishonest and unethical. On Friday, June 4, 2020, their staff accidentally let their ladder slide and hit my neighbor’s new car, which was less than 500 miles driven, checked every morning, and last driven the previous Tuesday. Both management and staff refused responsibility. Ben claimed their car was 12 feet away, but it was really 8 feet away. I regret ever having these folks fix my roof. Notice how the scuffs and dents are green, from the bottom of the ladders sitting on green grass.

Brax Roofing did a great job. They were fast, their prices were good, and I am very happy with the quality of their work.

Perfect. No issues and done on time.

First time Brax came they arrived early and were on my roof before I came home looking at roof "issues" that I had not called about. I really wanted some flashing on 1 side replaced and that was it. They convinced me that I had hail damage but when I called and had my insurance company out, they said any damage was superficial and was not covered. Brax did the basic fix I asked for and I hope it was ok because part of what I could see needed a call back 2x to get it right.

Top rate. Showed up on time for a small job. Very professional.

This company was truly a blessing. My skylight was leaking on one corner. When I got in touch with this company they came out in between rain days and took a look at the situation. I spoke with Jack the owner and Damon and as soon as they got a dry day they were here and completed the job. They were thorough and cleaned up everything nicely. I ended up getting both skylights done. They returned calls to me promptly and kept me abreast of what the weather situation looked like to get the job done. To me this was an extra plus because most companies do not go out of their way to put customers at ease. Many thanks to all the workers at Brax Roofing and I am elated to be able to rate this company and will use them again if there is ever a need. Feel free to contact me concerning this company. Thank you!

BRAX was thorough and professional.

Brax did an incredible job replacing my roof and working with my insurance company. We also decided to have them add some insulation to our attic and the difference was very noticeable this past winter.

MCP Chimney & Masonry Services Inc. is the premier chimney and fireplace service provider in the greater Baltimore-Washington metropolitan area and the sole source provider of building, installation and repair services for numerous builders, property managers and several leading area fireplace and woodstove retailers. We are currently in our 16th year of operation and we are very proud of our company and take great pride in our professional standards and quality of work. We have earned a solid reputation in the community for being a quality service provider proven by our roster of over 20,000 satisfied customers. MCP employs teams of knowledgeable certified technicians and has implemented a service deployment plan incorporating an experienced management staff along with an enterprise software solution to deliver a cost-effective way to design, renovate or repair your fireplace, woodstove or chimney while delivering high quality service.  …

Great Falls Stone is a Family owned and operated business that has been serving Maryland, Virginia & DC for the past 30 years. We use a variety of Natural stone and brick products. We can give you a free estimate, we will be happy to advise you on all your needs. Our service is excellent and our prices are competitive. Our experienced professional's can help you select just the right product to complete any job.  …

Welcome to Best Landscape & Construction. Best Landscape Construction is a professional Custom Landscape and Masonry company serving in the Price Georges and Montgomery County. Our Business Philosophy is simple, We show up when expected and deliver superior Gardening and Masonry service at a competitive rate. How do we always know what the customer wants? Communication -we listen to your needs, then follow through with your project to fit your specific needs. Satisfaction always guaranteed. My name is Abel Rivas, owner of the business. My personal experience with Business Owners and Homeowners reveal that most people looking for Landscape Maintenance or Masonry Company, is just looking for someone they can trust. Someone whose personal commitment to them offers real solutions and a follow through that is rarely seen in our industry. We are a small business, focus on offer quality Work.  …

How is Brax Roofing overall rated?

Brax Roofing is currently rated 4.6 overall out of 5.

What days are Brax Roofing open?

Are warranties offered by Brax Roofing?

What services does Brax Roofing offer?

Are there any services Brax Roofing does not offer?