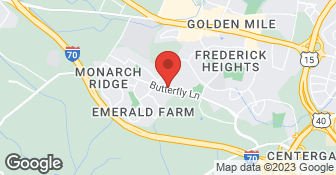 FREE ESTIMATES , FLAT RATES, HONEST WORK. I HAVE 3 employess including myself. Cash or check for payments...

We sold our home and needed movers to a local storage facility. I contacted Alberga moving and we confirmed my moving date. I was to have two guys and a truck. The confirmation occurred 10 days before the move. Five days before the move, I sent an email asking what time the movers would show up on moving day - no response. I sent another email 2 days before moving day asking the same - no response. I called and left a message 1 day before moving day - no response. I sent another email at 730pm the night before moving day asking if I needed to find new movers and expressed my frustration. I got an immediate reply saying he was doing a long distance move, but he would still send 2 guys but no truck and asked if I could rent a truck. I asked to pay a reduced price if that was the case and received a reply an hour later at 840pm saying that was fine but there was a 4 hour minimum. By that time I had rented a Uhaul and called some family and friends to help move myself. Thankfully, my friends and family came through. This experience was highly disappointing, and I wouldn't have been that upset if I was contacted earlier stating they were double booked. A week without correspondence was unprofessional and caused a huge amount of added stress to an already stressful time. I hope they are 99.99% of the time better than this, but I would not recommend them based on this experience.

Description of Work
Moving From House To Local Storage

We are a detailing company that comes to you, we bring our own water and electricity and we can come to anywhere your car is at, we are very convenient because you don’t have to wait around at the detail shop for hours, check our website for extremely affordable prices. Click here to schedule your car detailing: https://www.smartchoicedetailing.com/book-appointment  …

We offer Junk Removal as well aa Residential and Commercial cleanings in the Hagerstown, MD/Tri-state area. For residential cleanings we mostly take care of turnover homes. Your needs are our priority.  …

Anthony Alberga Services LLC is currently rated 1 overall out of 5.

No, Anthony Alberga Services LLC does not offer eco-friendly accreditations.

No, Anthony Alberga Services LLC does not offer warranties.