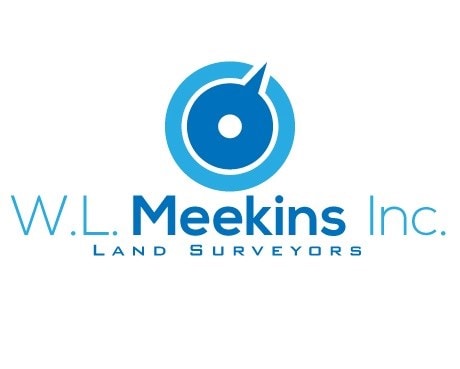 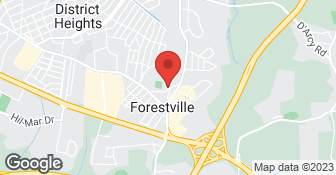 Our main office is not open to the public at this time.

We complete exterior work only (No need to enter home)
We will wear masks and gloves when we visit your home
We will sanitize the workspace and all areas touched
All statements concerning COVID‑19 business operations and essential services are informational only, and are self‑reported and not verified by Angi.

The experience went very well. The team was early, completed the task in a timely fashion, and provided clear explanations of the work that was performed. It has served me well in my conversations about property lines with my neighbors. I appreciate the value of the job and the cost associated with it. I will use them in the future should I have any other needs of this nature.

Description of Work
Land Surveying to clarify boundary lines of my property.

The survey team arrived on time, worked carefully, and completed the job within about four hours. Good job.

Description of Work
Resurvey of our residential lot.

Exceptionally well. Punctuality and professionalism were instrumental to the service being performed. Arrived on time (maybe a few minutes early) as stated. Introductions were performed professionally followed by a direct briefing of the service to be performed with an estimated time for completion. Provided a walk and talk through after the lot was surveyed, allowing for additional questions and answers on the serviced as performed. Of note, W.L. Meekins responded promptly the next day and had subsequent follow up emails concerning the services being requested. Additional companies (provided by Angie's List) failed to respond to the initial inquires, which in turn lead to the decision to hire W. L. Meekins who showed sincere concern about my initial request. I also had seen their services being performed within my neighborhood a few months ago (after recognizing their stake markers and vehicle logo), which also was a deciding factor in hiring this company. My only regret is not having the projected fence line survey done at that time. Thank you, W. L. Meekins, for your professionalism and punctuality of services performed which if you have not had a lot stakeout survey done in some years or are curious as to where your property lines lie, then W. L. Meekins Land Surveyor can show you those prospects without a doubt.

Description of Work
Lot Stake Out

They reached out via email in a timely manner.

Description of Work
Want to confirm my property boundary

I have used W.L. Meekins Inc. in the past and was very happy with there prompt service and final product. I needed to update my prior House survey and emailed W.L. Meekins on a Monday. They responded quickly to my email (within hours). On Wednesday the crew came out and performed the survey. They were very professional and friendly and reasonable prices On Saturday I received my survey. Outstanding service and as before I would not hesitate to use them again and I highly recommend this company.

The receptionist was extremely helpful in setting up the appointment and providing an estimate. The surveyors arrived on time, were very polite and explained everything they were going to do. After the work was finished, they explained what they did and asked if I had any questions. In all, a very professional transaction.

The service was outstanding. I called them on a Monday afternoon, they were at my property the next morning to do the survey, and they emailed the site plan to me by noon on Wednesday.

Description of Work
I needed an official site plan for my property.

Excellent. Arrived on time and proceeded very professionally and answered questions. Most other companies did not return inquiry calls but those that did could not come out for 3-4 weeks.

Thank you for choosing Meekins and for your excellent review!
1.0

***! Just received a "red" letter after 1.5 week of payment due indicating they're going to put a lien on my home if payment not received for services rendered. We send payment Monday via our bank. We've not yet received our survey and we're getting red letters!!!!! I get that they want prompt payment, but to threaten us with a lien within 14 days of service is a bit harsh IMHO. Cannot say anything to the quality of their service without the merchandise we recently paid.