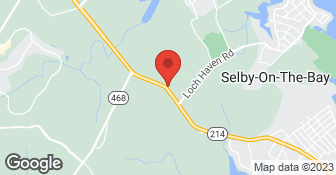 Our Mission Affordable Moving is a locally-owned and operated moving company serving the Greater Maryland and DC Metro area. With over 5 years of combined management experience, and all movers being Company employees, Affordable Moving is the most recommended and reliable local moving company. Affordable Moving is recognized as a leading moving company by providing outstanding local delivery services. When you are ready to move, call us for a free quote. Services: Residential Moving Commercial Moving Short Hops: Moving in Maryland? We'll place your valuables exactly where you want them placed. You simply take your time packing and we'll transport them to your destination safely, on time and affordably. All of these resources combined, Affordable Moving has the expertise to handle all your moving and relocation needs. Contact us for more information about our moving and storage services. What Our Clients Say! "Affordable Movers is the way to go! I looked at several moving companies and was quoted a variety of prices. They were able to give me a number I was comfortable with as well as working within my time constraints. The crew was fantastic and took exceptional care of my furniture and belongings. Would I use them again and do I recommend them ….. Absolutely!!!" Liz Bell, Associate Broker, CRS, GRI, e-Pro Keller Williams Flagship of Maryland Affordable Moving serves the entire Maryland and DC Metro area including but not limited to Annapolis, Washington DC, Allegany, Anne Arundel, Baltimore, Calvert, Caroline, Carroll, Cecil, Charles, Dorchester, Frederick, Garrett, Harford, Howard, Kent, Montgomery, Prince George's, Queen Anne's, St. Mary's, Somerset, Talbot, Washington, Wicomico, Worcester, Baltimore city ...

Metropolitan Moving is owned by two native Washingtonians. Our experienced staff takes pride in handling every move with the highest level of care and service. We assign a moving consultant for each customer who will provide a written estimate, discuss and clarify the details of the estimate, address any questions you may have regarding the move, and provide support throughout the process. Additional phone - (703) 837-0091. Additional email - jmccarty@dcmetropolitanmoving.com. Additional contact name - Justin McCarty (General Manager).  …

At New Horizon Moving LLC our belief is that our customers needs are the utmost importance. Our team is committed to meeting those needs. We welcome the opportunity to earn your trust and deliver you the best service. No job is too big or too small, please contact us for a free estimate!  …

Doyle Moving Services, LLC, is committed to excellence in every aspect of residential moving. We uphold a standard of integrity bound by fairness, honesty, and personal responsibility. Our distinction is the quality of service we bring to our customers. Accurate knowledge of our trade combined with ability is what makes us true professionals. Above all, we are watchful of our customers' interests, and make their concerns a priority. If you are looking for a stress free move then look no further!  …

Everything started out well, I negotiated a good price with the owner, Kenny, and the crew showed up right on time. Kenny wanted to do the job with 3 guys, but I told him 4 would be best given the size of the move. He agreed and said he would send a 4th guy later in the day. The 4th guy never showed, and the 3rd guy on the crew was new and very lazy. Needless to say, the move wasn't complete until midnight and some of our property was damaged towards the end of the night because the movers were in a hurry to get done. Now, the most frustrating part -- according to Angie's List and the movers, this company is bonded and insured. So I added the damaged items to the form I signed and followed up numerous times with Kenny with no return call. I would avoid this company if possible.

Description of Work
Moved us from our rental in Ellicott City to our new house in Catonsville.

They did a good job. They were very courteous and gave prompt service. The quote was reasonable. They said that they will have a crew come in and move. They were also going to so some of the packing. I certainly need an updated estimate. I haven’t been able to do the moving so I will be talking to them about that.

Description of Work
Affordable Moving LLC came out and gave me a quote on moving a majority of my household goods to the new house.

We found Affordable through a Groupon offer, and we're so glad we did! The 2 young men that showed up put everything they could into the truck, and quite quickly. I don't even think they ever took a break, even to use the bathroom. They unloaded the truck just as quickly and did such a quality job for us. I wholeheartedly suggest you use Affordable. If I have to move (which I really hope isn't for a long time), I'd call them right away.

We called four times on four different days in the last week to try and check availability, never got a single call back.

Contacted Affordable, got a quote, scheduled the pick up. The people who picked up and delivered the furniture were on time, polite, did the job per their order from Affordable and my requests and directions. The deliveries took less than 4 hours to complete. They handle the furniture with care, placed the furniture where I wanted and were quick. The owner of the van lived within several blocks from the house where the furniture was picked up, which led me to believe they were subcontracted by Affordable. Hind sightedly, I think I shouild have negotiated the price. After agreeing, I thought the price was too high. I also did not check the company's insurance or bond. I did check the BBB and there were no complaints found with Affordable, but I do not know the arrangement between Affodable and the person who owned the van and picked up the funiture and their background, which is why I would not recommend unless you findout how everything will be done, who will be doing the service and how they are related to Affordable and to verify Affordable has the proper insurance and bond and the insurance and bond includes who performs the service.

Description of Work
Picked up bedroom furniture at one house and delivered to two other houses.

They were so good about making it possible for us to move things in the evening, especially on a Friday. Two men showed up and did a great job. I am so happy with their service.

Description of Work
I had them move items from storage to our house.

tI called on the phone and gave an itemized list of everything I needed to be moved. I wasn't sure about the number of boxes I had which was a lot and the gentleman on the phone rounded it out to about a hundred and fifty plus the other items for the price of $400.00. I don't recall the exact date and time, but three guys showed up. The foreman was Tony, he did a walk through of all the stuff to be moved. It wasn't long that he asessed that I had a lot more boxes than in the quote, but if I wanted, they were running a special for a full truck, at a certain price but would give it to me at a discount of $660.00. I agreed. Tony helped with some of the lifting but he mostly stayed on the truck and organized the items. The three men worked fast but even with the new deal, I still had to leave some of my boxes in the garage until moving day. There were a few boxes that I asked them not to pack that ended up in the very back of the storage. However nothing was broken. The guys were friendly and professional. I would suggest that if you have items that you don't want on the truck be placed in an out of reach area. I didn't tip at the end because I wasn't expecting to pay out the extra cash, but if I had it, they definitely deserved 20%.

Description of Work
I was staging my house so I had them move some stuff into a storage unit.

They arrived on time, did a good review of everything that needed to be loaded and filled the truck carefully. They arrived at the new place before I did! The men also re-arranged most of my things the way I asked them to. It was a worthwhile purchse and I am glad I hired this company.

Description of Work
I moved from a 2 BR to a 1 BR and had a LOT Of boxes & furniture. The moving men were very quick, careful and paid attention to what I needed.

We went to Angie's List to find them, and I was not thrilled. The young men, who were the workers, were well mannered and hard working. The owner had promised us that everything would be shrink wrapped. When I saw that they were not shrink wrapping, I called him, and he didn't return my call. He then came to my home and didn't approach me about the issue. They don't shrink wrap, when they said they did. I don't feel that they were detail oriented. One of the young men tried to take one of the king sized mattresses out of the truck himself, and it fell on the street. They did this with a couple of different things. Since nothing was shrink wrapped, there were quite a few pieces of my furniture that were dirty, and one particular nice piece of furniture had a grease mark on it. We emptied a house with six bedrooms, to a house of three bedrooms. They left four large boxes that were supposed to go to the second floor on the first floor, and another box that was left in the basement that is rather heavy. I thought I would give the local guy a chance, instead of a larger company. They were fast, considering the amount of stuff we had to move, but I just can't get over the issue with the shrink wrap.

Description of Work
They moved us.