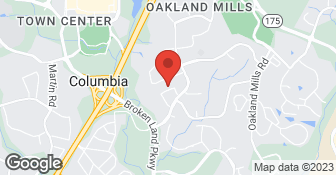 2 EMPLOYEES. NO SUBS. COST DETERMINED BY THE JOB. NO TRAVEL CHARGES. ...

Digger's Paving is a reliable asphalt paving contractor serving Pasadena & Severna Park, MD. You can trust us to handle all your paving needs. Whether you need repair, resurfacing or a total replacement, we can help. We can also sealcoat your driveway or parking lot. Call 410-320-5152 now to get an estimate from a local asphalt paving service.  …

"All Star Contracting LLC is a local family owned and operated company specializing in asphalt paving, concrete,masonry,sealcoating, line striping, and asphalt repair services for residential and commercial throughout Maryland. Count on us for quality paving, seal coating, and concrete services. We strive to ensure your satisfaction with our work.  …

We are a family owned Asphalt Paving company with over 30 years combined experience. We specialize in detailed asphalt Driveway Paving and Sealcoating We only use the finest materials and offer 100% customer satisfaction. We also offer parking lot paving services, line stripping and parking Lot Sealcoating.  …

Company seal coated our existing driveway, did not use a primer on oil spots, after one month these spots have become visible again. Also used a spray application and sprayed (2) location of our paver walkway. Staff was nice

Description of Work
Company seal coated our existing driveway, did not use a primer on oil spots, after one month these spots have become visible again. Also used a spray application and sprayed (2) location of our paver walkway. Staff was nice

We needed to replace our sagging asphalt driveway and chose James Wells after explaining the problems in detail. We were assured that the solution proposed would result in a strong surface with no drainage issues. The quality of asphalt was extremely poor, with large stones and rough surface in several areas -- I think we were told it would "settle" and they would come back to seal it if we had issues. The sags returned after the winter, and we eventually checked the depth of the asphalt by drilling 1/4" holes down to the crushed stone in select areas. We learned the driveway was not poured to the contract we signed, with less than 1" of asphalt in some areas where 3 1/2" was promised. We didn't give this contractor an "F" for professionalism because after about 1 year of back and forth they admitted fault and refunded us completely. Note: Checkbook.org has additional reports on this contractor. I recommend you read them.

This company doesn't do concrete as I found another report under "Concrete - Pouring & Repair". Job done was terrible and the pad continues to separate from the step which will allow water into the basement if I don't caulk it. Apparently the unsupervised workers didn't like my instructions and I ended up with a flat tire from nails they strategically placed on the drive. Went to the contractor at another site where they were doing both asphalt drive and concrete sidewalk. Fortunately he begrudgedly reimbursed me for the time, trouble and tire repair. Don't use this company.

Description of Work
Remove concrete pad, part of sidewalk, use rebar/wire to tie into step to keep pad from pulling away. Using forms pour new concrete.

No updates on progress. Use prehistoric methods of tearing out old concrete, workers don't like being told how to finish up, etc.

Description of Work
Company does asphalt drives, but does "concrete" when there is a close job and a cement truck will be in the area. Don't go for it. Workers are not supervised and results can be very distasteful.