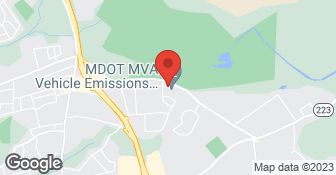 C & C Complete services is an emergency disaster restoration service provider. Our duty is to service our customers’ needs when it comes to damages in their home or offices. We provide restoration services to include fire, water, smoke, storm, sewer, wind and mold damage. We are available 24 hours a day, every day of the entire year. We will arrive to your site within 2 hours and on most occasions within 1 hour. Our goal is to mitigate the loss as quickly as possible and with the utmost effectiveness. Also, not only will we minimize your losses by speedy response and mitigation, but we offer repair services to your home or office. Our General Contractor services give our customers the advantage of using just one company to complete the project from start to finish! Additional phones - (301) 877-6804, (703) 691-8854. Additional email - lperkins@cnccompleteservices.com. Additional contact name - William Corelius....

We are a family-owned business. We listen to your needs and offer quality plumbing and specialized in drain solutions. The knowledge and experience acquired in 15 years is enough to get your systems back in working order in no time. No matter what your plumbing or drain issue is, we will provide the solution quickly. No job is too small or big. Please call us for a free estimate today 240-918-4809  …

We moved from into a brand new house in February of 2013. Most folks take months to furnish and appoint a new home, but we have a perchance for impatience and purchased everything needed before we moved in. In April of 2013 we were putting the finishing touches on our home when a tornado hit. It tore off half our roof, and the resulting structural and water damage was extensive. We had lots of exterior damage, ceilings caved in, walls collapsed, and rain water infiltrated every level of our home. We were so grateful that no one was hurt, but we did not know if our house could ever be fully restored to pre-damage condition because it was brand new. On the night of the storm, members of the Cand C team came to our house, and they came back early the next morning and offered to help. I checked them out before saying yes, and they had an A+ rating with the Better Business Bureau, and solid credentials on Angie's List and other consumer rating websites, so we said yes. It was the best decision we could have ever made. The team understood all the intricacies of the contractual agreements, and was well versed in the myriad of insurance nuances we eventually encountered. In addition to their technical expertise, they were personable, accommodating, informative, and always very professional. We cannot say enough good things about this company. Every single aspect of the work they did for us, so far exceeded our expectations that it was unbelievable! The project manager expertly orchestrated every facet of our repairs as if they were fixing their own house! He was deliberate and directive on every repair detail, and his team expertly executed his directives. The thing that meant the most to us about every member of the Cand C team was that they really cared about the quality of work they provided and about us. They were polite, professional, neat and VERY clean. For example, when birds found some way into our house, I lost the proverbial will to live! (Smile) The day after that happened, the team reinforced ALL the roofing tarps, took care of the birds, and cleaned up the whole room where the birds had been. That level of service is extraordinary, and it really meant the world to us. When we look at the tornado repair work done by other contractors, and compare to the work completed by Cand C Complete Services, there is no comparison. Cand C's work was far superior to the other contractors. Our house is just like new again! And finally, I would like to comment on Cand C's administrative professional. She was a Godsend because she organized all of the administrative aspects of the project when we were working and had no time to do so. She initiated every action independently. She followed-up and followed-through with our insurance and mortage companies, and she kept things moving timely and orderly. It has been said that and quot;Quality is never an accident; it is always the result of high intention, sincere effort, intelligent direction and skillful execution.and quot; These words describe Cand C to a tee. It was a real pleasure doing business with them.

We had a sewage backup, and our insurance company (USAA) called in Cand C to replace wall-to-wall carpet and assess damage after sending in Servicemaster. The Cand C job manager was Ray Walters. He was extremely professional and helpful throughout what ended up being a more major endeavor than anticipated. It turns out we had mold in some of the area, requiring stripping the wallpaper (everywhere) and replacing some of the drywall and molding. We decided to put down flooring instead of carpeting throughout the basement and paint rather than wall-paper. This was quite a coordination process with plumbers, flooring, painters, etc. I cannot believe how clean, helpful and professional they were. After the construction which took a few weeks after we made the decisions, Cand C sent in a cleaning crew who cleaned off every item in the rooms. They also cleaned and bound a piece of a our former carpeting to lay down in the family room area. They came and moved the furniture to lay it down. Everything looks fantastic. All of the crew and foreman were professional and efficient.

The water mitigation process was frustrating. I felt that they made some careless mistakes during the process. The crew was not well supervised. I found that the supervisor, and project manager on the job were eventually fired for being so bad. The company did eventually admit some negligence during the job. There were problems with the communication process. The remodeling part went better, however there were some things that went wrong with this as well. It took much longer than expected to finish. I would not use them again.

Description of Work
They provided some water mitigation services after I had a flood in my basement. They also constructed the remodel of my basement.

Overall, these people were extremely unprofessional. It took until Dec. 22 to get a partial roof placed on our house from the Hurricane that happened on August 27. They used unlicensed people for a lot of the clean up and for putting on what roof they did lay. They had incorrect truss measurements and wanted to just "jimmy-rig" them to fit our house. They charged for items they did not do. They overcharged (by at least double) for most supplies. They settled on a price with our insurance company months after not performing any work (when we ended up then firing them and finding others to do the work) but are not willing to deal with our mortgage company to receive their payment (which is the law in MD). They left a complete mess after they were fired. My son would joke that they should be called "In-Complete" services.

Description of Work
Removed a tree from my roof after Hurricane Irene using unlicensed (as we found out later) tree removers.Removed SOME drywall and insulation as Hurricane Irene removed some as well.Put an incomplete roof on my house.Left a huge mess.

I had a water leak on February 29th. The leaf was repaired March 1st. Cand C water damage came on March 1st to give an estimate, which is a $150 fee. When I made the appointment, I was told that the person would come out to do an estimate and if I agreed to the estimate, the repairs could be done the same day. Well before he did the estimate he immediately asked for the $150 fee. Then he said he would go back, do the estimate, call with the pricing, and come back the next day to repair. I received no call on Friday with any information after I took a day off to be at home for the repair. I called and the lady said she would follow-up. She returned my call and said they would provide the estimate on Monday. I received the estimate and a phone call/voicemail to indicate the estimate was sent. I called back and left a voicemail (person was not available) stating that I would like to schedule an appointment for the repair. It is now Friday 3/9 and I have yet to receive a response. I should have known that when they didn't do what they promised the first time that all future behavior would not be any different. How can a company that does repairs for water damage not respond promptly when I have voiced concerns about mold? Shouldn't they also be concerned about mold. Needless to say, I called another company who was very responsive, concerned about potential mold, and sent a person to my house within an hour. Now that's service.

Description of Work
I had a roof leak and called this company to perform an estimate and complete the repair.

Our insurance company recommended Cand C for restoration following water damage that affected both stories of our house. Cand C responded on a weekend within hours of being notified. They gave us a one hour window that they would arrive, and they responded within that hour. Over the course of two weeks, they cleaned up and dried out the house. We were so impressed with this company's responsiveness and professionalism that we contracted with them to reconstruct the affected parts of the house, complete with extensive hardwood floor refinishing. We so trusted the workers that they placed a lock-box on the front door to access the house while we were at work. We cannot recommend more highly Cand C for restoration and reconstruction work.

Description of Work
C&C restored and reconstructed our house following water damage from a clogged condensation line that drains an attic A/C unit. the water collapsed the master bedroom ceiling and flowed down through the hardwood floors to the living room on the first floor.

Outstanding job. Stains were removed and carpet looks almost new. Crew (2 guys- Hector and Carlos) was very courteous and hard working. All edges by walls were also cleaned. Will use again! Recommend.

Description of Work
Cleaned carpet in entire 4 br house, including staircase and all edging; carpet had some stains and had not been cleaned for approx 3 years.