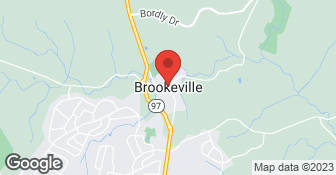 Home improvement is one of America's favorite pastimes. As a nation, we want to make dramatic differences that make our homes unique. That's why many Bay State customers choose to remodel. In fact, that is the power of remodeling--changing your house into your dream home. We are proud to have turned our client’s “ho-hum” kitchens, bathrooms and more into the homes of their dreams. Our homes have changed the lives of our customers

They were fine. They showed up; that's a good thing. If they were to our standards, we would use them.

Description of Work
We got a bid from Bay State Custom Homes. They were going to do updates on an existing house but we decided not to buy the house.

As I stated before, I did a 203k mortgage which means the bank is very heavily involved in the contractor selection, approval and inspection process. I initially went with another contractor but very late in my mortgage process I had to change contractor because of license issues. This happened with only 2 weeks until settlement and I was in a panic. Bay State was one of recommendations I got from my bank and several other sources as a good company with experience 203k mortgages. I had a total of 4 additional contractors come out. Two of them wanted double what I was expecting; the other took 4 days to get a quote back when I told them I needed it in a day or two. Bay state got me a quote overnight and the price was right around what I was expecting. Let me also say that when the owner Marty came to the house, I had nothing but a good feeling that he knew what he was talking about and wasn't going to play games or screw around later. I selected them very confidentially and send them all of the paperwork to make my bank happy. I had already done this with a prior general contractor and HVAC specialist and the process took at least a week to get their paperwork back and in order. I had thought a week was quick; I send Bay State what I needed and 8 hours later, I had everything back to me and didn't need to follow with him again until after settlement. I barely made it to settlement so there was a real chance I would not have my house if they were not so efficient. After settlement, he contacted me before I got a chance to get a hold of them to see when they could get started. They finished up my house minus two minor items in just over 3 weeks. They work that didn't require ordering custom items were completely quickly and look great. While they did their work, I had to clear out the house of the prior owner's stuff (short sale) which amounted to 4-5 contractor trash bags of heavy stuff, a bunch of chairs and other small furniture as well as a glass table top. While I was going to see if I could write a check on the side, he just took care of it for me. I was very worried about hiring contractors with all of the horror stories I have seen and heard about. I like to think that I am a good DIY person but after working with Bay State, I am glad I had them take care of all of this work for me so I could enjoy my house without feeling like I had to pay a fortune to have it done. I hope to do a lot after they are done but if I have and problems or need professional help, they will be my first call. Throughout this process, Marty the owner was always very quick to return my calls or e-mails and keep on top of the project instead of me having to even ask.

Description of Work
I recently purchased a house through the FHA 203k program. In short, this allows a homebuyer to have repairs completed and the bill added to their mortgage. Bay State was recommended to me by my bank as an experienced home repair contractor with experience in 203k mortgages. I had a list of items that they did for me but several of the larger items were new windows on the main level, new kitchen appliances, several involved plumbing repairs caused by the previous owner DIY projects, tile and hardwood repairs/replacements.

Drainage & Erosion Solutions (DES) is an award-winning company that provides assessment and repair of all drainage and erosion problems for residential and commercial properties. We are a design-build firm, with both engineering and contracting divisions; offering aesthetically pleasing and professionally engineered solutions to drainage and erosion problems. Our team members are year-round, full-time employees with a strong reputation for technical knowledge, attention to detail, great customer service and general excellence. All DES consultations, assessments, and installations are performed by a licensed professional soils engineer, or landscape and drainage systems designer. These professionals have several decades of combined design and contracting experience. Clients like working with us - much of our business comes from referrals and from our top rankings among the most popular contractor ratings services .  …

My Carpet Cleaning & Restoration Services specializes in Providing Premium Cleaning & Restoration Services while Protecting the rest of your Home, Possessions and Environment. After working for several less than reputable companies, I decided the only way I could provide services that I could be proud of ethically and make a decent living was to go into business for myself. So I did and here I am nearly 30 Years later. Since 1992, I have been providing my services to Homeowners like you as well as some of the areas prominent Businesses, Churches, Government Offices, Nursing Homes, Office Buildings, Realtors, Restaurants, Schools, Sports Clubs etc. No matter what size the job, I place an Emphasis on Quality that is unsurpassed. If I'm not happy with the results, how can I expect them or you to be? As an I.I.C.R.C. Certified Firm and A Master Cleaner and Restorer I have the knowledge and expertise to not only to Provide You the Most Thorough Cleaning EVER or It's FREE! As the name implies, I Clean Carpet, very well I might add. I can also remove most Pet Stains & Odors. Upholstery Cleaning is performed to the highest levels attainable without risk of damaging the fabrics. Using multiple products, tools and Methodologies, I'll clean your fabrics as aggressively as Possible to get them as clean as Possible. Power Cleaning of Ceramic Tile is another service that We Excel in; renewing your floors appearance and removing the germs that are growing on your floor. Water Damage Restoration; Not only do we extract the water and dry the carpet, which is where most carpet cleaners stop, we actually dry the structure. Using Thermal Imaging and moisture probes to find the water others don't and then specialized Thermal Drying Equipment to dry the structure without totally gutting your home if possible. We'll return your home back to a Dry and Healthy Environment Then, we can put everything back together again, Restoring your home back to it's Pre-loss Condition!  …

EAD CONTRACTORS LLC is a locally owned and operated company which values honesty, integrity, and treats your home or business as if it were our own. We are experts in all aspects of masonry and our services are customizable to each individual project. We specialize in both installations and replacements. We pride ourselves on the quality of our work, as well as our commitment to outstanding results. We look forward to building lasting relationships, and guarantee your satisfaction!  …

All statements concerning insurance, licenses, and bonds are informational only, and are self-reported. Since insurance, licenses and bonds can expire and can be cancelled, homeowners should always check such information for themselves.To find more licensing information for your state, visit our Find Licensing Requirements page.
General Information
Free Estimates
Yes
Eco-Friendly Accreditations
No
Payment Options
Check, PayPal
Senior Discount
5%
Warranties
Yes

Call us for all of your home remodeling needs. Commercial and Residential construction of all services

No, Bay State Custom Homes LLC does not offer a senior discount.

Bay State Custom Homes LLC offers the following services: Call us for all of your home remodeling needs. Commercial and Residential construction of all services