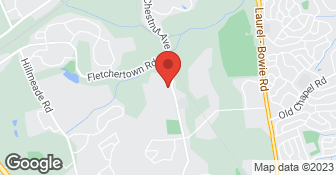 Family owned & operated. since 1996 we have made it our duty to help homeowners across the nation Update, Restore and Enrich their homes. We are a Founding Member of the UASRC and as a Master Elite General Contractor, we specialize in all aspects of Home Renovation. Whether it's Roofing and Siding, or Interior Remodeling, our team of experts are dedicated and prepared to work with you to find solutions that meet your needs. We offer a 100% satisfaction guarantee, as well as a Strong Labor Warranty and understand that customer service excellent quality craftsmanship is whats most important. Our goal is to provide you with the peace of mind and security you deserve. We hope to hear from you and look forward to meeting your every need!...

I cannot say enough about how pleasant an experience I had with American Home Specialists. We had Terry as our main point of contact, but anyone we came into contact with at the company cared about providing the best service possible. Phone calls and texts were returned very quickly. I never felt out of the loop or in the dark about when workers were coming on site or what project they were working on that day. He took ownership of my project as if it were his own house. If you need help with your house, do yourself and call AHS. I was DREADING this whole process and Terry and his crew couldn’t have made it any easier or better. A++++++

Description of Work
I had significant hail damage that Terry helped me assess to my roof, gutters, downspouts, window unit AC, interior ceiling, and shingles. Terry helped me file the claim with my insurance and really made the entire process so easy.

Excellent. Company is very professional. Workmanship and cleanup was excellent.

Terry from AHS was very professional and explained every aspect of replacing my roof. I would recommend any to use AHS.

We were happy to finally get rid of the original Bay window from the 60s. The new window looks wonderful and is much more efficient. They were polite, professional, and cleaned up after the job. If you can be a little flexible with your schedule, they will do a very nice job at a reasonable price.

Description of Work
Did not return call

originally had a problem on getting a confirmed date for when the job would be started. once job was started, roof was replaced in 2 days. clean-up of yard area and debris in gutters was ok at best. it took 3 weeks before they came back to complete other work that was in the contract. This crew found areas of the roof that wasn't caulked by the roofing crew! thank God they noticed this and caulked these areas.

Description of Work
replaced roof as a sub-contractor for lowe's home improvement center.

They were just mediocre. They came out multiple times. They were contracted by another roofer. They still haven't fixed the leak which is not good. Their responsiveness to me has been okay, not great or not bad.

Description of Work
They did some roofing repair work.

May 2010, Waldorf MD, had a hail storm. I called American Home Specialists and the company provided us with excellent service. When Allstate sent an adjuster to our home. The owners of the company met with Allstate's adjuster.. They explained everything to my wife and myself. They worked with Allstate from the very first day, they handled everything. The company replaced our roof and gutters. We recommended this company to several neighbors and friends . We were very impressed.

I worked with Scott Hoppe, one of the owners of the family business. He is extremely professional and is dedicated to customer satisfaction. Every time I called him and did not leave a message he would call back immediately to see what I needed. Once I called him about something minor when he was driving and he pulled over to discuss whatever it was with me. I was continually impressed with the attentiveness he gives to his customers. Of course, I cannot judge the work as a professional could but it looks beautiful to me and all was done as promised. At this point I am completely satisfied and I have confidence that in the unlikely event an issue arises regarding the work, any inquiry or complaint I might make would be responded to,

Description of Work
Replaced roof, vent and chimney and installed new front and back gutters, .

They were on time and charged less then the quote because it tool less time and material.

Description of Work
The provider repaired a leaking roof and interior drywall repair. They even went up in the attic and checked for additional problems.

We worked with Danial Hunter. The work and workmanship were both excellent. The were timely and they followed up to make sure we had complete satisfaction with the work, which we did. I would recommend them to anyone.

Description of Work
They repaired all the wind and hail damage on our home.

They used quality materials and the workmanship was excellent. They cleaned up every day there were here and cleaned up the debris. And it didn't take them forever to do.

Description of Work
They replaced my roofing. They did new gutters. They pressured washed and re-stained my deck. They did some interior repair-painting and dry wall that was damaged.

American Home Specialist did an excellent job on my siding!!! They did a very good job putting up the siding and they even did a few extra things at no cost. They cleaned up all the old siding and made my yard spotless again. I would recommend them to anyone that needs a roof, siding, or even windows. They are very dependable and respectable. The salesman was very polite and answered all my questions before I signed with them. American Home Specialists are also very quick. I signed with them on June 30th and they started on July 14th. Their price was reasonable also, their total price was almost half of what one company gave me. Great job!!! Highly recommended!!! A++++++++++++

Description of Work
American Home Specialist was hired to replace my siding on my home and garage.

Friday, May 10th. 2010, Waldorf, MD had a large hail storm. My house was damaged the roof and siding had dents in every possible section of it. My husband and I were devastated. I called American Home Specialists and the responsive was immediate. They were at my house the day after the storm. They did a complete inspection of my house indoors and outdoors. They also worked with my insurance company from start to finish. They were able to get my roof, gutters and siding replaced.The insulation crew showed up on time. They started on our roof first thing in the morning and were done by early evening. My husband returned home from work, he was so impressed with our new roof. Their wasn't any signs that we had a crew in our yard, other then our beautiful new roof. They later returned and replaced the gutters and siding. I gave their cards to my neighbors and friends. I would strongly recommend this company. Linda

They were professional. They were occasionally late but that was due to weather issues, maybe couple of days later than they said. They communicated quite very well. The work seemed to be very good. They got all the paperwork from the insurance company. I would use them in the future.

Description of Work
I used American Home Specialists for roofing in the past winter.

They put the wrong color roof up, and then blamed me for not catching the mistake. Since they did not want to put a new roof on, they are giving me $1800 off my bill. They told me it did not matter if the siding went in before the new windows. Well, it does. Now the siding around the windows are not straight and if they fix it, it could damage the windows. They were supposed to put tarps over all my plants, well they did not. They threw roofing and siding in the gardens and also walked on the flowers. I had to pull half up and throw them out. They also broke a piece of my decking. The siding people did an awful job, especially around doors and windows. They were supposed to power wash the sofits and they did not do that. There were supposed to keep the shutters off the house so I could paint them, but they put them on again. I told them to take them off and they wanted to putty the holes, but I made them change the siding pieces for new ones. They are still not finished. They called me last week for me to sign the completion certificate which I refused to do until they fix the remainder of the problems. They need to fix the two outside outlets which were put in up side down, They were supposed to close up an old vent on the side of the house which they did not do, and power wash which they did not do. When they called me to set up an appointment to do the rest of the repairs, the woman did not have the correct repairs. Now I am emailing them to ensure I cover myself and the repairs are done correctly. I will never use them again or give them as references. The window company put in the windows and did a fantastic job with what they had to work with. They were angry that the siding went up first as were the siding people who told me the windows should have gone in first.

Description of Work
I had this company install siding and a new roof due to damage from a hail storm. At that time, I also decided to put in windows.

**Call us today for a FREE ESTIMATE on Heating or AC system replacements!** With over 19 years of experience, Buric Heating and Air Conditioning is a full service residential heating and cooling company that has offered Ellicott City, MD and its surrounding areas with plenty of jobs well done. By offering straight forward pricing and free estimates on equipment installations or replacements, you can trust that they are the right HVAC professionals for you. Call today for your next appointment!  …

As a Maryland certified Home Performance with Energy Star contractor, we focus on making homes efficient and comfortable. Our energy audits and energy efficiency improvements usually qualify for generous state incentives and rebates through Pepco, BGE, and Potomac Edison. Mo is the owner/operator at Home Energy Saving Solutions. He has a deep depth of knowledge and experience gained from well over 1000 energy audits. Participation in numerous industry groups and conferences further enhance the expertise brought to each home energy audit. We will inspect your entire home as a system and evaluate energy loss and comfort issues using advanced diagnostic equipment. At the conclusion of the audit you will be presented with a comprehensive report detailing all findings and solutions, along with a payback period for repair and retrofit options.  …

American Home Specialists is currently rated 4.4 overall out of 5.

No, American Home Specialists does not offer a senior discount.