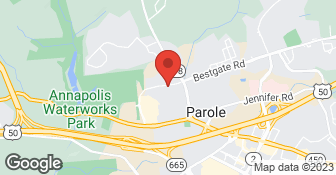 The #1 Painting Contractor in Annapolis, Baltimore and the District of Columbia. Over 30 years of top quality service! Annapolis Painting Services has over 75 skilled craftsmen so that we can meet the demands for the residents in the Annapolis, Baltimore and the Washington DC Metro regions. We feature the kind of professional and technical dexterity to go from one specific project to another that may be quite different, which simply indicates we have all of the seasoned experience and training you can want from a painting company. Our clients love us because we proficiently handle all painting requests, both internal and external, for a myriad of properties. No job is too large or small, and they include residential, commercial, industrial, institutional, real estate projects and more. It is all about making your property look its best, which is why we handle related tasks such as: Interior & Exterior painting, Drywall repair & installation Roofing repair & installation, Siding repair & installation, Pressure washing... Plus many more services. Choose the BEST.. Choose APS!...

Both the power wash and staining turned out great. Not sure how to rate the price as this is the first time I've had it done. The guys doing the work were on time and worked very hard.

very well, the garage floor epoxy turned out very well, and well as the drywall repair and painting

Cleaning went well with 3 guys and done in one day. They called to coordinate the day to start of the staining which let us avoid a dinner party we were having. A team of 8 stained for 2 consecutive days. They left the site clean. The price was about the same as we paid a one-man company 3 years earlier and about $1k less than another quote we got for the work. We were very pleased and will have them quote any future painting we need done.

Not well. The job was sloppy, quality poor, no attention to detail and they left before the job was finished. We called the office and insisted that the VP come out and look at the poor work that was performed and asked that they send another crew that was more professional and spoke English correctly before we satisfied the bill. The second crew was professional, meticulous and pleasant. It took three weeks for the job to be completed. They were the most expensive of the quotes we received, thinking we would be better quality. After the job was over, we asked for a price concession given the amount of time and aggravation we were subjected to and they refused, essentially blaming us for insisting on quality. "They did not make any profit" was their response. No customer service. Stay away.

They did a great job. One day of prep second day of paint. Great customer service

Annapolis Painting Services did an excellent job painting the entire exterior of my 3-story home. Their painters were professional and friendly. The exterior of my home also needed about $2,000 of carpentry work, and their carpenters completed this work very well. During the weeks after the job was done, two problems arose. Both times they promptly fixed the problems. I highly recommend them.

Description of Work
Paint the exterior of my home.

Excellent! Enoch and his team were extremely professional! Attention to detail and preciseness exceeded our expectations. Would 100% hire again. Very happy with the end result.

Description of Work
Replace small amount of drywall over front door, repair drywall over shower in bathroom, painting of 2 walls in the living room, a stair well, an upstairs hallway and a small bathroom.

They send two guys, hard to understand when done left it was Friday, hurry to go. Called office left message no one ever called back. But knew I was going to get price to get rest of house painted so just waited. On 4/6/2016. Patrick gave price for rest of house and said he would have guys fix and touch up where other painters missed. He was very nice! But got 4 other prices for same job. Call left message for him to call letting lady in office know I could not afford price he gave me, but would like to have bathroom touch up. Never call me. Try again talked to girl in office told her one of worst jobs I had she was very nice, said someone would call & make right. No One called !!! Bathroom still can see where medicine cabinet replace Forgot to paint around door frame Bedroom sills sloppy, electric sockets etc sloppy

At Capital Cabinet Refacing, we have provided expert kitchen and bath cabinet refacing services for over 30 years in Maryland, DC, and Virginia. Whether you need to reface the cabinets in your bathroom, kitchen, or any other room in your home, we have the skills and expertise necessary to make sure project is a complete success.  …

The Cabinet Restoration Company is your cabinetry expert specializing in the restoration of kitchen cabinetry. It is our commitment to provide the highest level of customer service and quality to our clientele. Our highly skilled staff of craftsman have over 22 years of experience each and use only the highest quality solid wood products. This allows us to provide our customers with results that are guaranteed to be beautiful, durable, and affordable. "Our job is not done until you are completely satisfied!" The Cabinet Restoration Company can balance budget and artistry to meet your individual needs.  …

Annapolis Painting Services is currently rated 4.7 overall out of 5.