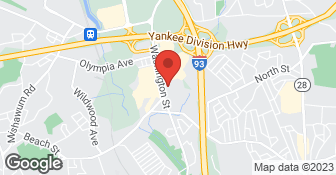 The NEWPRO Family Difference When it comes to house remodeling, NEWPRO values the same things you do: quality, efficiency, and attention to detail. Over the last 70 years, the hard work of our skilled staff—from the customer service specialists to the installers and suppliers—has earned the support of over 150,000 happy customers throughout New England. Here's what really sets NEWPRO apart from the competition: A personal approach: NEWPRO provides dedicated support through every stage of your home improvement project. Our experts even personally contact customers after project completion to ensure complete satisfaction. If something isn’t right, we’ll fix it! Award-winning service: Decades of success have earned us numerous industry awards for customer service and project excellence, including the Guild Quality Service Excellence Award, the Replacement Contractor Customer Service Award, and the 41-Year Accredited Business Achievement Award from the Better Business Bureau. Industry expertise: NEWPRO works with the most proven industry names, and even manufactures a proprietary line of windows and siding. As an Energy Star Partner and Qualified Remodeler Top 500 Member, this team has the expertise for any project....

Morgan Exteriors, LLC is a family owned & operated home-improvement company with over 20 years experience in the home-improvement industry. We have an A+ rating with the Better Business Bureau and excellent references throughout New Hampshire and Massachusetts that we're always more than happy to share with our potential customers. A few other things to consider: We select the appropriate products based on your needs. We plan our installations to fit your schedule. Our installers are trained and experienced craftsmen. Additional address- 130 Rockingham Road, Londonderry, NH 03053. Award winning.  …

CAN Construction LLC is one of the best roofing companies in Massachusetts providing Roof replacement, Roof repair, Gutter installation, Siding installation, Deck and Porch building and serving the Greater Boston area and all surroundings. We are the top roofing and exterior contractor in MA, committed the highest customer service and workmanship quality.  …

Alexander Roofing Company is a leading roofing contractor specializing in new installation, re-roofing, gutters & downspouts, and emergency repairs for residential and commercial locations. Alexander Roofing Co. is family owned and operated, providing quality roofing services to the greater Boston Metro area for over 25 years. We are fully licensed and insured, and a member of the Better Business Bureau. We are happy to provide you with a free estimate and references are available upon request. Qualified roofing contractors and siding & window installers, all with extensive experience, gives you the guarantee of the job done right! •Residential & Commercial •Owner Supervises Every Job! https://alexanderexteriorsma.com/  …

Larry did an excellent job and was professional, courteous, skillful, and focused!

Description of Work
Fix springs and latches on 6 windows

The tub leaked causing water to drip down into the kitchen below. There are now water stains on the ceiling and NewPro has been unresponsive about repairing the damage. The shower head also leaks when the water is turned on for the tub. I feel NewPro was very pricey and the product is poor quality.

Hi [Member Name Removed]! Thank you for the positive feedback about the NEWPRO installer. We will be sure to share your feedback with him. Our team is trained to provide homeowners with quality products and services by answering and addressing your questions and concerns. If you ever have any other questions or concerns, please do not hesitate to reach out to us. Thank you and welcome to the NEWPR...
5.0

Good work the guys did and very pleasant to have around.

Hi [Member Name Removed]! We love hearing that you had such a great experience with the NEWPRO team! We will be sure to share your feedback with everyone. If you ever have any questions or concerns, please do not hesitate to reach out to us. Thank you and welcome to the NEWPRO family!
3.0

There are important things all consumers of network need to understand: 1: they send a sales guy to talk to you initially, not an expert on installation. 2: they don’t send experts who are knowledgeable about doing the work until the day of. 3: They use tactics in their sales pitch that are easily manipulative and misleading! Initially we talked to the salesman to get our quote. They went through a whole PowerPoint slide about their company, boasting and basically wasting our time with the companies info for 1 hour and 40 min. They say if anything comes up as they are working on your project they will take care of it. (Remember the last sentence before this for later) so we are told it’s going to be discounted if we chose to go with the project today. Basically a high pressure sales pitch. So we wait up to 2 months and a half to get a date where we can have the project done. During this whole time, as stated before, they do not end any professional who would be knowledgeable about the work beforehand during this time. The day they arrive to do the job, they say the floor isn’t leveled. This was a true statement, however you would think hey it’s ok, they found something and should cover it as they do their work. NOPE!!! Remember, they will fix it as they are working on it!!! They instead take a few pictures, sit in their car for about an hour and then I get a phone call from a receptionist saying they won’t do the work until I level the floor. They could have had someone inspect the area before hand to warn me, or stuck to their promise but no, they use the loop hole of saying that they will fix anything that comes up while they are physically working, so instead they refuse to work unless I fix it first. Stick with me, it gets worse. One of the things that made me choose this company was that they initially told me it would definitely be done in a day. (Spoiler alert, the salesman does blatantly lie and say this and it won’t happen) so I suck it up, call someone the same day they refused to start and get someone to fully gut out the flooring and make it prestine all that same day. I called new pro back, sent pictures and they agreed to come back in 4 days to do the work. Then when they come back, they kept going back and forth on removing a wall or not to put my shower in when this is something they should have known for a long time. They come in, took a look, and went to their call for an hour. I get a call from the same receptionist as before and they say, we won’t replace on of the ceiling tiles and also we won’t paint your wall we need to install when we put in your shower. Tell me, why the **** am I paying 13,000 dollars for? Literally they can spare replacing a single ceiling tile, putting in the shower, and painting the wall they replace. It makes absolutely no sense to me why the **** im paying them 13,000 dollars for this service. Now here’s the kicker too. I am a veteran, and the initial salesman tried to play on this by saying we value our servicemembers and do absolutely whatever we can to make the experience easy on them. I asked the salesman about the tile on the ceiling, the wall that would have to be replaced, the fact that if it was removed it should be repainted by new pro. All these things he said ups be covered and are not!!! Do not trust new pro. All you will get is a salesman who promises you things, workers who literally tell you the salesman is incompetent, and a receptionist who has an attitude with you because you are concerned about your living space and want to ensure it will be ok. I can’t stress this enough, do not go to new pro, other people will value you as a customer so much more, give you a greater price, and will be very grateful for your bussiness.

Made an appointment for a quotation for Vinyl Siding. Phone scheduler said it would take about 40 minutes and we would have a quote good for one year. Person was at our home, for 1 hour 40 minutes, received a quote for Composite Siding (not vinyl as asked) and it was 3x times more expensive than two other quotes we received. He said the quote was good for one month, but if we "decided tonight" we could "Save" $ 3,000. At the end the Sales person said "I come out here to make money, do you want to do this or not". I respectfully asked to discuss the quote with my wife and let them know later this week. He said "you have already decided" and left. Previously in the discussion I had requested he email me the quote and email the pictures we went through during the one hour and 40 minutes. I have not received anything. Typical Bait and Switch, high pressure sales pitch. I would not recommend.

The installation went smoothly. The installer was very knowledgeable, took the time to answer questions and accommodated any requests we asked for.

Description of Work
Renovated a bathroom.

Description of Work
installation of walk in tub