Excavating
Drain Pipe Installation
Snow Removal
Licensing
Bonded
Insured
All statements concerning insurance, licenses, and bonds are informational only, and are self-reported. Since insurance, licenses and bonds can expire and can be cancelled, homeowners should always check such information for themselves. To find more licensing information for your state, visit our Find Licensing Requirements page.
Business Details 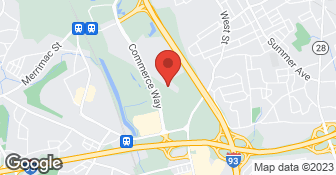 NOW BOOKING FALL CLEANUPS! Certified Landscape and Turf Grass Managers. __________________________________________ H&H Property Management is a company that strives for excellence in the outdoor living industry. H&H offers a variety of services in both the maintenance and construction aspects of landscape, with any service provided, we stand out from the rest by the way we interact with our clients. Each step of the process is personal to us. starting with the clients idea through construction and then to fruition we want you to be 100 percent satisfied at all times. From creating to maintaining, it is always from you, the client. The Staff at H&H Property Management is comprised of individuals with an abundance of knowledge and experience in all aspects of the landscape field. This includes design and installation, along with background in horticulture. We have experts with many specialty skills to serve your needs. Our clients should expect and will receive the service of professionals while accomplishing your landscape needs.

First the price was fair, in line with what other quality excavators estimated. Matt was  man of his word if he told me he would show up on a given day he did. He stayed with the job until the work was completed. Matt and his crew took great care to minimize damage to surrounding garden and flowers. The pool needed to be totally removed because of local building codes. This was a big job ( for me ...

When we called Matt we were in a bind.  The sewage way backing up into the house and my wife was days from having our first child.  I felt completely helpless.  I first started trying to clear the sewer myself.  I started with my hand snakes, then I bought a RIGID drain auger and tried to clear it for a few hours.  Then I brought in a professional drain clearer, who told me I had a collapsed pipe....

It went very well. Matt is a responsive and energetic young fellow. The work was done as promised. When we found that the area that Matt filled settled over the winter and became a bit lower, Matt came back and put in additional loam with no cost and no argument. His price is also very reasonable. I feel I can trust him and would hire him again.

DESCRIPTION OF WORK
Fill an in ground swimming pool. Put in loam.

We wanted to remove an in-ground swimming pool because my insurance company would not underwrite an inexpensive policy with a pool. In addition to the swimming pool removal, we also added the removal of an unsafe/non-code deck and a large ugly shed. Westwood, MA requires Building Permits for demolition to make sure all procedures, including electrical/gas disconnect, are followed. Matt called the ...

We hired Matt to gut our house ($18,225) in East Cambridge and do excavation work ($7,616). I WOULD NEVER HIRE HIM AGAIN!! While is priced seemed reasonable, once you added in all of the unexpected costs that arose because they weren't included he was far over priced. What was added on for parking and dumpster permits (which most others said would have been covered in their prices), renting equipm...

DESCRIPTION OF WORK
Gut Demolition of East Cambridge row house. Excavation for foundation for addition to the house.

In response to the [member name removed] complaint, I want to let it be known that this review is not at all indicative of what really took place on this project. A legitimate and binding contract was signed and executed over a month before the project commenced. The original contract scope of work covered a complete renovation of a two-family home in Cambridge, from demolition to plumbing, electr...