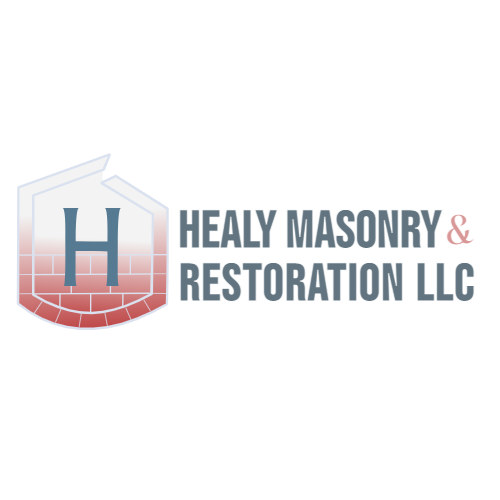 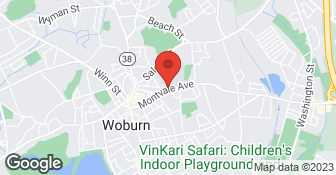 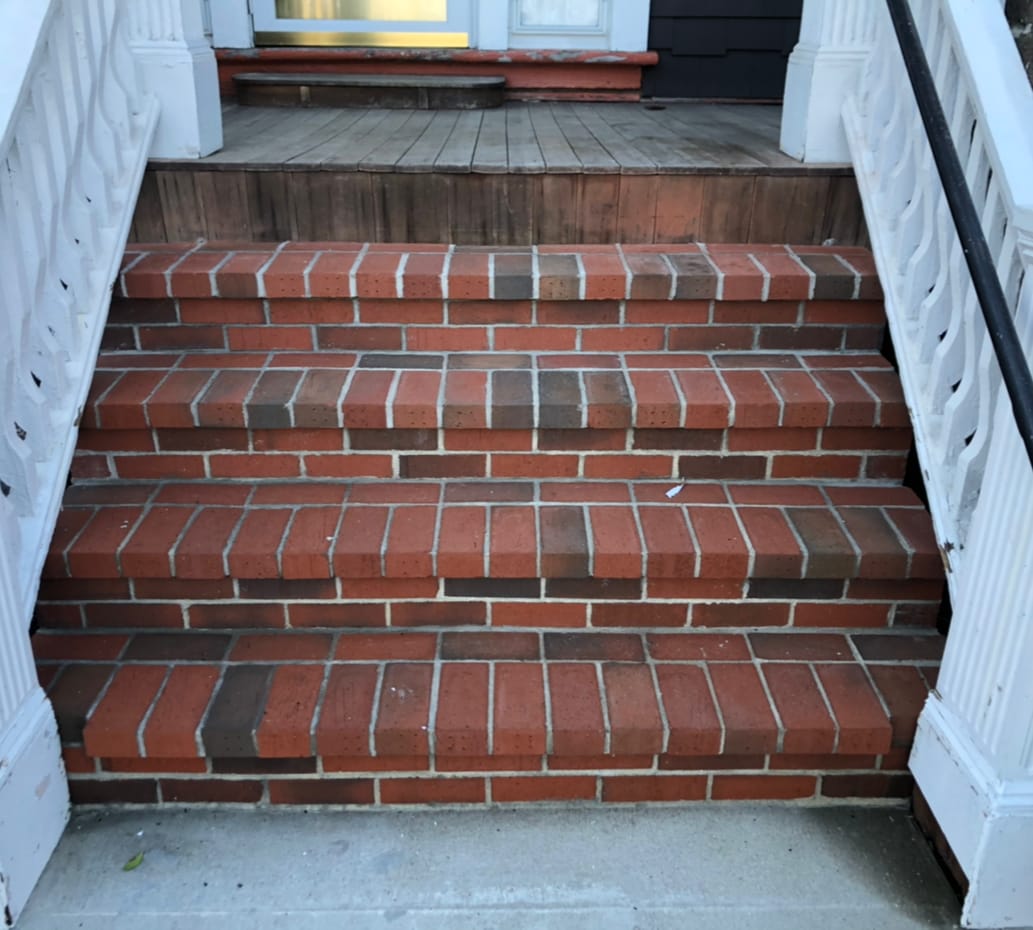 We are a fully functional construction company who can fulfill all of your home improvement needs. We can tackle any task from large to small inside or outside your home. With over 10 years of making customers happy, you can have full confident in knowing that we will handle your job with the up most care....

We had some areas of cracked mortar within the exterior brick walls of our house. I reached out to Francis about the repointing work and he was extremely responsive. As Francis and his crew got to work, we found that water was getting into the house in multiple areas. We ended up having both sides of our house completely repointed and restored. The results were great.

Description of Work
Repointing and restoration of brick walls

Description of Work
They plastered the entire masonry work.

100% I would recommend Francis if you’re looking for fast communication, a friendly and reliable worker, and one who does not settle until the job is perfectly done. He is always willing to make time for customers, and his work is beautiful. He was a great find and I can’t wait to use him again in the future!

I had a great experience and would highly recommend Healy Plastering. Very professional and everything was done in a timely manner. After comparing with other recommendations in the area this was the best price and quickest response. I’m very happy I went with him and will definitely hire again if I needed more plastering done.

Healy rebuilt my chimney and repointed my whole left side of my house i honestly can say every detail was covered It was a pleasure dealing with francis healy.top class work thank you again francis

My wife and I bought a fixer upper house with awful textured plaster ceilings throughout. We called Francis and he said he could smooth it out no problem. He is very knowledgeable and presented us with different options every step of the way. Him and his crew plastered over every inch of ceiling in our 2,000 SF house as well as a few walls that needed to be touched up. There were some sections of wall and ceiling that were damaged by water and he was able to cut them right out, replace and replaster like it never happened. He is prompt, clean and clearly skilled at his craft. The attention to detail in every room, including the inset skylights and high ceilings in the stairwell, truly transformed the look of the entire house. Throughout the project I had a number of other projects going on in the house as well. We had a few large, deep cracks in the foundation which we had scheduled a specialty company to come out and fix. Francis checked on the cracks and walked us through the repairs. He was able to grind out the cracks, seal it inside and out, and fill it with an epoxy resin that hardens stronger than the foundation itself. He was able to do this at half the price and it came out looking brand new. My wife and I also brought up the idea of tearing up the worn out linoleum floor in the bathroom and update it with some new tile. Francis meticulously laid the intricate patterned tile, set the grout and caulked around all the edges. Like the ceilings, the tile floor transformed the bathroom in to a new space. Overall Francis is knowledgeable, professional and easy to work with. He was able to do the big jobs we needed done as well as a lot of the odds and ends that we wanted done right. Not only was he able to do the work, but he had many suggestions along the way to make the finished product look just right. I would trust him with any future home repairs or updates going forward as I know they would come out great!

Francis is a delight to work with! He was punctual every day, and was able to complete the job quickly. His price was better than any other estimates I received. My husband and I purchased a new house that needed a full makeover. Francis took care of all of our popcorn ceilings, bringing us into the 21st century. Everyone who stops by our house notices and compliments his work. We would certainly hire Francis again, and look forward to working with him in the future!

He came to my house on 9/27/17, looked at the job and gave me quotes (he wrote them down). He made two separate trips to the local building center for supplies, brought in some supplies (3 bags of plaster, some insulation and some drywall, Very strong smelling insulation which I immediately asked him about. I have since been advised that it is commercial insulation and not for use in homes). He and another guy he had with him put in some insulation and put up a few pieces of drywall. Before he left for his 2nd trip to the building center, he told me he was going to buy green board which would be needed behind tile, he told me the drywall/plastering piece was going to cost 1500.00 which included supplies and he needed $1000.00 now. I foolishly wrote him a check for $1000.00. Francis then proceeded to tell me he was going out of town the next day but his friend Christopher would be completing the rest of the drywall and plastering job and would call me. Francis also said he would be back in town in two weeks and would check up on the work etc. After a few days, I called Christopher at the number Francis had left me. He came the following Saturday, looked at the situation and told me he would finish the drywall/plastering project and also he would do some additional projects I needed. At that point I was more than concerned about Francis leaving but Christopher reassured there was no problem and he would complete the project. He asked if I had given any money to Francis and I advised him of the $1000.00 check which was cashed immediately after being written. Christopher told me on Saturday not to worry as he would complete the work at the prices quoted by Francis. To my surprise and frankly shock, I received an email for Christopher Sunday morning stating he could not do the job, Francis has misrepresented the work, apologizing for my predicament and advising he had no association with Francis business or otherwise. Now on to Francis. I emailed and called him w/o response. It was only after I left him a msg that I planned to pursue things as needed that he called. I asked when he would be back in town and he said sometime after Thanksgiving. I requested my money back. He said no. I advised him I would not wait until after Thanksgiving to proceed with my project and Francis said he would check his schedule and call me. I did not hear from him. I sent him another email advising I would be pursuing this matter. He responded with a totally fabricated story about out initial encounter. This whole situation begs the question why did this man respond to a job when he clearly knew he was going out of town and would not be available to do the job? If I look at this in retrospect, I can only come to the conclusion that he needed money ASAP and he came here with the intention of getting money for a job he had no intention of doing. So my review is titled ":BEWARE", I am out $1000.00 and faced with a legal battle to drag this person into court to try to get my money back. I hope people read this so they are not "ripped off" by a totally unethical person. Ialso hope Angie's lst will try to help me.

Description of Work
I was remodeling a small bathroom and it was demo down to the studs. I needed insulation, dry wall and plastering. I sent a msg to a couple of providers on Angie's list and Francis responded immediately. . .

I was referred to Francis by a friend to have some work done on my bathroom. From start to finish, Francis showed complete professionalism. He was extremely knowledgeable and was able to answer any questions my fiancé and I had in regards to the renovations. The project was completed in a timely manner and Francis and his staff made sure to clean up after themselves. Overall, I had a great experience and will contact him again for future renovations.

Delighted that Francis and his team carried out the work. The construction work was completed within the said timescale of 3 weeks with minimal fuss. The quality of work was exceptional and I would recommend him to any other home owner. It was important to have a project finish date and Francis delivered. I know who I will be calling for any future construction work. Thanks again. Chris

Description of Work
I needed a full re-model of my kitchen and two bathrooms.

Description of Work
Francis remodeled 2 bathrooms for me.

Excellent. Would recommend. And will use again myself

Description of Work
Had whole house gutted. Had Francis come in and quoted complete blue board smooth/texture for 2 floor Arrived when they said..they were very neat and respectful of my house...and qoute given on the money. Would definitely hire agin. Thanks again Francis!!

I was truly blown away with the way Francis runs his company. He was always on site and was a pure pleasure to work with. And to be honest he worked harder than his crew and they worked hard so this will give you an idea of is work ethic . If you wand hard working honest and competitive prices this is your guy

Description of Work
Plastering of the inside of my new house

Francis did a wonderful job remodeling my kitchen. It came out beautiful and he does quality work. I am very pleased and will hire him again for future remodels. My kitchen looks like it belongs in a magazine now!

Francis and his team did all the sheetrock, plastering, and painting for our remodel and the work was fantastic. Very high quality and a pleasure to work with every step of the way. He was always on time and his whole team left our home neat and tidy at the end of each day. We couldn't be more pleased and we have since recommended Francis to many of our friends and family. He will be our go-to whenever we need anything done!

Description of Work
Remodeling of my kitchen and bathroom

How is Healy Plastering and Masonry Restoration LLC overall rated?

Healy Plastering and Masonry Restoration LLC is currently rated 4.8 overall out of 5.

What days are Healy Plastering and Masonry Restoration LLC open?

No, Healy Plastering and Masonry Restoration LLC does not offer eco-friendly accreditations.

No, Healy Plastering and Masonry Restoration LLC does not offer a senior discount.

Are warranties offered by Healy Plastering and Masonry Restoration LLC?

What services does Healy Plastering and Masonry Restoration LLC offer?

Are there any services Healy Plastering and Masonry Restoration LLC does not offer?