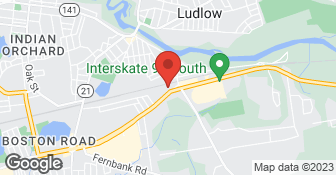 We have over 35 years of industry experience. We opened Mr. Home in 2006 because we saw the need in this area for an honest and fair contractor to be trusted with your house and home needs. We have built a vast network of connections in this industry to provide homeowners with a quick and reliable solution for all of your home improvement needs. We set ourselves apart from the competition because our work is of the highest quality and we stand by all of our work 100%. We would love the opportunity to partner with you for your waterproofing and home improvement needs....

We know how important it is to choose a company that will meet and exceed your expectations. We work with honesty and partner with our customers, as we're both always seeking 100% satisfaction.We're a family owned business. My wife and I run this to have a better life for our families. We offer interior & exterior painting, all types of handyman work, pressure washing, and housecleaning services.  …

TPM PRO SERVICES is a highly qualified, experienced, and professional company. We are ready and willing to help you tackle and complete any interior or exterior painting residential and comercial project you have in mind.  …

jps painting service.inc Service: -Residential /commercial -Painting (interior & exterior ) -Power Washing -Deck Staining or painting -Gutter cleaning We are a family on business of 20 years of experience, we are dedicated to your satisfaction with a six months warranty. we offer fair and competitive pricing.  …

FRAUD!!! They are hackers!!!!!!!!! Don't ever use for any service! They didn't remove all the mold, they destroyed our vent when clean vents, which they had no idea what they were doing. The wall repair was horrible and you can severely see where they put in the new drywall. The paint job was awful and they got paint on the window, ceiling, and hardwood floor. They didn't clean up their mess, left sheetrock from sanding all over everything. The sheetrock used was warrped and there is an inch divide on a section where the wall meets the window frame. They didn't seal the window correctly and they won't return my calls. I have pictures but this sight doesn't allow me to download them to show the absolute horrible work they did. Not happy that Angi has them on their website and will tell people that Angi isn't a good place to find contractors. I suggest Angi to REMOVE them from their website before Angi goes under because they are recommending horrible companies that do extremely bad work.

Description of Work
Removal and repair of mold

DO NOT USE THIS COMPANY. Where do I even begin with this. This is quite possible the worst experience that I have ever had with a company. I contracted Mr. Home to do some mold removal, remove old insulation, and install vents. While attempting to do these things they destroyed my bathroom ceiling, ventilation system, and bedroom ceiling. They tried to pull a fast one and just spray the mold and leave all the concentrations on the far ends of the attic where they were probably hoping I would not look. The jerk that came to look at the damages and job that was not done attempted to tell me that the mold was dead, and the wood was stained. This was not the case, I had Servpro come out and they tested the mold which was still alive, and they were able to scrub it all off (highly recommend Servpro). Their attempted "fix" of my bedroom ceiling that they ruined was to drive screws into an old piece of lumber that they found in the attic and slap a coat of paint on it. They did not even bother to sand it. They also destroyed my drop ceiling and left me with 4 ruined ceiling tiles. This cost me $200 to get fixed. I have attached pictures that I took after they left and said they were done. DO NOT USE THIS COMPANY. I will also be filing a complaint with the BBB. 1 star is too much. You can see pictures of the damages on google reviews.

William Sweeney DBA Mr. Home is unscrupulous and not a reputable contractor. He hires unskilled and untrained workers. I have had to replace my tools which were damaged and taken. I have had to hire licensed professionals to repair things that were damaged or done incorrectly His untrained workers allowed cement dust to go all over the house and basement. This created a serious health hazard and required hours of cleaning. It also ruined things in the basement that had to be discarded. I would never hire him again. His guarantee of a dry basement is worth nothing; I do not have a dry basement. He preys on people like me who can't afford to sue him.

estimate not to detailed but out of my price range

Description of Work
They gutted the basement out, de-molded and then sprayed everything.

The bush was removed and they raked up and removed all the broken branches, etc. The entire area was cleaned up nicely. In the fall of 2011, I hired Mr. Home for the first time. I was getting rainwater coming inside on the basement floor after heavy rains. All along the edge of the interior hatchway door, they jackhammered the floor to break up the concrete. Then stones were laid, and fresh concrete mixed and poured, to fill hole again. And a long grate, the length of the door, was laid down at the edge of the wall to catch any water that tried to come in. Whatever water came in since then would have joined the sump pump system in the remainder of my basement that is directed outside. I have not had a drop of water on my basement floor since they did that job. The cost was $295.00 and so well worth it. Both times I hired Mr. Home I was very pleased with the outcome. I would definitely hire them again.

Description of Work
Two men from Mr. Home came to remove a huge overgrown bush I wanted removed from my back yard. They did a great job. The bush was approximately 45 years old, and severely overgrown!

Bill responded quickly to my inquiry and gave a fair estimate and advice on the work I requested.

They ended up taking two days to do the work because the stairs were fighting back. They were very prompt. We had no issues when working with them and I was very happy with the service.

Description of Work
I had concrete stairs that were disintegrating. They tore out all of the stairs.

Had a great experience with Mr Home puttigf in a basement drainage system. So in another house we used them for their specialty: mold abatement. A pipe has burst and cause extensive damage, then mold. We had to call the better business's bureau to get them to finish the job. They left sheetrock unfinished -- I mean insulation showing-- they just didn't do it. They installed a floor that bugles up and bounces when you step on it. When they came back after months of calling, they did install the dry wall but the floor is a joke. To make things worse, the owner or main estimated is just rude. We're just simply afraid to ask them back yet again because he is so mean. So we'll end up having the floor redone at some point by someone else (I recommend o'Brien's in Easthampton. The folks who work there seem great, but pushed to move on quickly the next job. The experience was awful.

Description of Work
Had a great experience with Mr Home puttigf in a basement drainage system. So in another house we used them for their specialty: mold abatement. A pipe has burst and cause extensive damage, then mold. We had to call the better business's bureau to get them to finish the job. They left sheetrock unfinished -- I mean insulation showing-- they just didn't do it. They installed a floor that bugles up and bounces when you step on it. When they came back they did install the dry wall but the floor is a joke. To make things worse, the owner or main estimated is just rude. We're just simply afraid to ask them back yet again because he is so extremely rude. So we'll end up having the floor redone at some point by someone else (I recommend o'Brien's in Easthampton. The folks who work there seem great, but pushed to move on quickly the next job. The experience was awful.

I apologize if [member name removed] felt myself or anyone at Mr Home was rude to her. We have been out to try to remedy the floor issue and are willing to send another more experienced carpenter if [member name removed] prefers. We would much rather rectify the situation and have her be happy as we very much appreciate her being a loyal customer.
1.0

The and quot;man in chargeand quot; was just that. The only thing I saw him do, was tell the other two guys what to do as he was always on his cell phone. The new bulkhead is nice, however they did a lousy job of repairing the concrete where needed, such as filling holes. The waterproofing on the basement walls was/is a joke. For this job, they were to scrape the existing paint from the walls, wash with an acid bath to kill any mold/mildew, the apply a waterproofing sealer. As I checked on their progress several times, it appeared that they were following plan. It wasn't until a month later that we first saw a problem with the wall. The paint that they had applied was peeling and staining. They had not scraped much paint off before painting in fact . When we called to have this problem rectified, Mr Home would not even come out to look at the problem. We learned a lot since then. We now know that there are FOURTEEN items that MUST be included in any contract between a homeowner and a registered home improvement contractor. This info is available at www.mass.gov Office of Consumer Affairs.

Description of Work
Mr Home repaired a hole in the foundation, replaced & repaired the bulkhead leading into the basement, and "waterproofed two exterior basement walls.