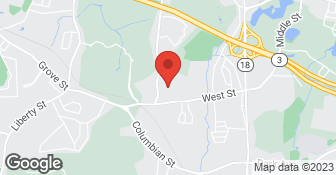 Oasis Shower Doors designs, fabricates and installs high quality custom shower doors in frameless, semi-frameless, & framed designs for showers, tubs, and steam enclosures. We use 3/8 and 1/2 inch heavy glass for our frameless applications and 1/4 inch glass for semi and fully framed designs. We have a wide selection of hinged and sliding bypass doors in both 3/8 inch and 1/2 inch glass. Whether you’re looking for a full sized steam enclosure, a neo-angled corner unit, frameless sliding by-pass doors or just a glass door for an existing shower stall, we have the custom fit that will last a lifetime. We also fabricate and install glass backslashes for kitchens and baths (known under the trade name "Dreamwalls"). Dreamwalls are made from back-painted, low iron glass. The color is double layered and heat cured to the glass to offer a long-lasting, ultra-clean look, that will beautify your kitchen or bath for lifetime of use. With over 20 years of experience, Oasis Shower Doors is the largest installer of frameless, semi-frameless, and fully framed shower doors servicing the entire New England area, plus northern Connecticut. Designed with the highest quality components for long-term, carefree use, our frameless shower doors and steam enclosures are guaranteed to have superior leak resistance. Visit our Weymoth MA showroom just minutes from Boston, and see what makes us the number one Shower door company in New England. Discover the seamless beauty that can only be achieved with an Oasis shower door or enclosure and start showering yourself in elegance today. Call or visit our website for a free estimate. Additional phone - (800) 786-8420. Award winning....

They refused to come to home to repair shower door as they claimed to only repair showers that they install. Also could not suggest whom I should contact to have door repaired - stating: " just get a handyman" to fix it.

excellent, they came out measured and installed in less time than their competitor was able to just provide a preliminary estimate on their own services. They were also less money than the competitor.

BTW, the place I used never suggested to me that I could just remove the splitting sweep and bring it in to be matched for a replacement. When I asked them, they did say that they could do it. If I lived in the territory that Oasis covers, I would go out of my way to hire them.

Description of Work
Called them about a question of replacing a plastic sweep on a glass shower door. They do not do that kind of repair work in our area. But they gave me great advice and if they were not so far away I would have gone there to pick up the part to install myself. In the end I got the part I needed much closer to home. I paid almost twice the amount that Oasis would have charged, but it was not worth about a 1 hour drive in each direction for the savings.

They responded promptly and we arranged for someone to come take measurements and a quote was available shortly thereafter. Although I ultimately went with a different vendor, I had a good experience with Oasis and would certainly include them again for a future project.

Description of Work
Inquired about a custom glass shower door.

Not good at all. Before signing the invoice in the showroom, Brett pulls out this book of all the "award-winning" bathrooms they have done and how great and talented they are. It's what I expected , especially since they came highly recommended by folks at FW Webb. I heard they were the best in the area. So despite the sticker shock, we signed the purchase order expecting top quality, because after all, that's what Brett was selling us by making us sit through the slide show of their previous work. First, they measured incorrectly multiple times causing several delays and visits to our house. What should have been a 3-4 week wait (per contract), turned out to be a 3-month endeavor. Ordered on 9/10/16, finished on 12/20/16. No problem we thought, stuff happens. We dealt with it. It was the poor installation and zero accountability on their part that really made us angry. When drilling for the shower hinges, they broke 3 of the 4 glass tiles. The installer told my wife " This happens sometimes" but no effort to fix their mistake, nothing. Apparently on the back of the purchase order we signed, it says they are not responsible for broken tiles. How can you not be held accountable for poor work and property damage? They knew we had glass tiles, we discussed it in the showroom but nothing was ever mentioned, nor did we know anything was written on the back of the purchase order. So we are forced to pay for their hack install? I myself have drilled into my glass tiles to install the shower unit and no cracks (I practiced first since it was my first time). These are "professionals who have worked on "award-winning bathrooms" but they claim no responsibility for their errors and poor workmanship. Very poor workmanship. I could have done a much better job myself. They should have told us up front that they don't know how to drill glass tiles. I did not get what I paid for. I have called about the issue with no call back, avoidance, just a final invoice in the mail. Buyer beware. The folks at Webb need to be careful who they recommend to their customers. -Joe Capilli

Description of Work
We ordered shower glass door and side half wall for a 3' by 3' shower. The shower was tiled in glass tiles.

Company was so responsive, professional and did an awesome job!

Looked on live for frameless shower doors, found oasis close by, called for on estimate. Brent came and measured and a couple of weeks later I had a beautiful new shower door. The installers were professional I did an outstanding job.

Very professional. Arrived when they said they would. They cleaned up after themselves. Delivered a quality product on time.

It went well. I went down to the showroom several times and Nancy patiently listened to my concerns/preferences and walked me through options. For anyone who has not purchased a custom shower door, the range of options can be overwhelming. I had the misfortune to have selected brushed chrome plumbing fixtures in an era where apparently brushed chrome is out of fashion in favor of brushed nickel or brushed steel - neither of which works next to brushed chrome. Nancy helped me understand the range of hardware (handles, headers, hinges) available in the material I needed, and then helped me understand which door options those supported. She helped brainstorm methods to create an adequately large door opening that would work without the swinging door hitting numerous potential impediments (toilet, grab bar, ...) while at the same time opening in a way that would not block the grab bar or allow water to shoot out of the shower area, and also would not require a track on the bottom that users might step on entering or leaving the shower. When John came to do the actual measurements, he further brainstormed with me, coming up with a solution that was much better than I had come to expect was possible. Nancy and John were knowledgeable and took the time to understand what mattered to me, then used their expertise to help come up with a far better result than I could have gotten otherwise. The installers came on time as scheduled and were quick and clean. I awarded a B instead of an A for Responsiveness because the leadtime for getting the door was 4 weeks, which is kind of a long time. However, Oasis never said they would do it quicker. They did what they said they would do, though I'm sure many peoplle would prefer a shorter lead time. If every aspect of remodelling the bathroom had been executed as well by the responsible vendors, I'd be over the moon. Since that hasn't remotely been the case, I'm even more cognizant of and appreciative for the service and performance from Oasis Shower Doors.

Description of Work
Fabricate and install custom shower door to fit within numerous constraints in my small, remodelled bathroom.

I contacted a different vendor first which quoted us $4000 for a glass enclosure which was a bit dated. This is when I reached out to Oasis Shower instead. The reviews were strong and my experience with them matched my expectations. They were punctual for the initial consultation, quoted $1600 and offerd a very modern frameless enclosure. The glass took about 4 weeks to fabricate (exactly as they stated) and when it came in, they called to schedule the install. The workers arrived punctual and 2 hours later the work was finished with clear care instructions and they even offered a 2 year warranty. It was a seemless experience from start to finish. I would definitely use them again and you should too if you have a need for a glass enclosure.

Description of Work
Installed a frameless glass enclosure over the tub

We offer virtual estate disassembling and home staging services for out of town next of kin. We have been in business for over 30 years. All of our employees are security cleared, insured, licensed, and certified by the Bureau of Professional Organizers. Since 1982, Helene Y. Parenteau has organized homes, offices, and retirement estates up and down the East Coast. She has a B.A. and an M.B.A. in Management and Marketing. Based in New England, Helene continues to help individuals and businesses get organized. With understanding and compassion, she takes the anxiety out of decluttering, downsizing and relocating. Helene specializes in estate disassembly in time of death of a loved one. If you are in the difficult time of a loved one passing away, call Helene to lift that burden off your shoulders to completely organize and disassemble the estate and belongings. Additional phone: (603) 898-3886.  …

We have the experience and dedication to bring your dreams to reality! Specializing in Custom Cabinets. We guarantee your satisfaction and we won’t leave until the job is done right. We pride ourselves on the quality work we provide, while delivering great customer service! Call or click to schedule a free estimate today!  …

6-10 employees. Clean and Friendly. Small family oriented company with great attention to detail. Selling and installing quality windows for 25 years. We do not do small jobs (less than 5) or repairs. Cost is determined by the job. We provide competitive prices and quality windows from the top manufacturers like Andersen, Pella, Marvin and Harvey... which equals great value. No travel charges. May contact through email.  …

Oasis Shower Doors is currently rated 4.9 overall out of 5.

No, Oasis Shower Doors does not offer eco-friendly accreditations.

Are there any services Oasis Shower Doors does not offer?