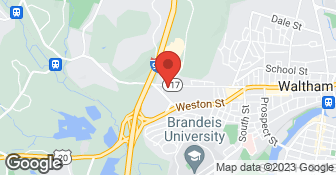 LeBlanc Mechanical was founded in 1989 by Randy LeBlanc to providing quality heating and cooling services toMassachusetts homeowners. After 20 years of great service, we now have 12 employees, and a fleet of vehicles to keep you comfortable and safe all year round. We can do one heating system upgrade or a hundred. Gas, Oil, Solar, Alternative Fuels - if it’s climate control - we do it, and do it well with experience, quality & integrity. ...

Our hot water heater needed to be replaced. While chatting with a friend she recommended LeBlanc Mechanical. I hadn't had good experiences with similar companies in the past. Our experience with LeBlanc's phone representative and, several hour later, one of their technicians was excellent. The new hot water heater was installed quickly and at an affordable cost. What a relief. Definitely give LeBlanc Mechanical a try.

Description of Work
Installation of a New Hot Water Heater

It went fine. The mechanic replaced the broken part and also hosed off the accumulated crud which should help it to run better.

Description of Work
My air conditioner stopped working -- air was blowing but it wasn't cooled.

It went well.. Because this was a big job, which required coordinating several disciplines, it took a few weeks, but that wasn't a surprise as Randy made that clear when we first spoke to him. The first floor work went pretty quickly, and our new furnace was heating the first floor after a few days. The second floor was much more involved, requiring all new ductwork, a full system installed in the attic, and electrical and gas plumbing run from the basement to the attic. All of the contractors involved in this process were professional and considerate.

Description of Work
Replacing the furnace on the first floor and adding central a/c to the system. We also had several rooms on the second floor without ductwork at all, including the master bedroom, which instead had electric heating. Furthermore, the small trunks running to the second floor were inadequate for the rooms which DID have ductwork. So we had Leblanc install an entire second system (furnace, air handler, condensor, etc) in the attic as well as new ductwork to all rooms on the second floor. We now have a true, two zone system.

Randy came to our house for an estimate which was very reasonable. Since then, I've called many times to ask questions and to have them come back to go over details as to where they would run the duct work. They have not returned my phone calls. When I reach them, they say they will call back but they don't. Would you want to hire someone who does not return phone calls? Imagine what would happen if you did hire them and they didn't return calls. Very rude and unprofessional.

Description of Work
Gave estimate to install air conditioning in our house.

Description of Work
Furnace wasn't producing enough heat. I called early in the am--Orlando called back right away. Service was promised by 12:30; didn't arrive until 1:45--that is my only complaint. (Of course, it was snowing...) Problem (malfunctioning valve) was fixed in 15 minutes. Service man was completely professional, answered all of my questions about furnace and air filters. It went really well.

They were great. I would refer them to anyone who needed service

Description of Work
They updated my boiler system

Leblanc Mechanical was an excellent choice after several estimates they were very price friendly. They paid close attention to my specific wants ands needs. The quality of work was spectacular and the work was done when they said it was going to be done. I highly recommend using this company for all of your HVAC needs whether it's repairs, installs, etc. I met the owner Randy who was very hands on and a down to earth guy.

Horan Oil is an exceptional provider of home comfort services for both heating and air conditioning. • We provide 24/7 emergency service so you know your family is cared for around the clock which means you can sleep easier at night knowing you wont wake up without heat. • Our oil is a premium bioheat fuel that is blended with a Guardient additive so your heating equipment receives less wear and tear which means your boiler will last longer and require fewer maintenance calls. • Our oil is automatically delivered to your home so you don’t have to check your fuel levels which allows you to know your home will be warm and stay warm without having to think about calling a company to come deliver. • We provide budget plans so you can make your monthly fuel cost predictable which means when we have a cold snap you won’t be hit with a high fuel bill you weren’t expecting. Please contact our office today to schedule an appointment.  …

When it comes to great service for your home or business, it doesn't get better than the professionalism and dedication of Rodenhiser. It's an unsurpassed level of service built on a promise that ensures you get the very best - when you call Rodenhiser your satisfaction is guaranteed. With 90+ years of delighted residential and commercial clients, you can be sure that it's a promise that Rodenhiser delivers on every day. Additional contact name - Jon Manna. Additional phone - (508) 306-4845.  …

LeBlanc Mechanical was founded in 1989 by Randy LeBlanc to providing quality heating and cooling services toMassachusetts homeowners. After 20 years of great service, we now have 12 employees, and a fleet of vehicles to keep you comfortable and safe all year round. We can do one heating system upgrade or a hundred. Gas, Oil, Solar, Alternative Fuels - if it’s climate control - we do it, and do it well with experience, quality & integrity.

How is LeBlanc Mechanical overall rated?

LeBlanc Mechanical is currently rated 4.8 overall out of 5.

What days are LeBlanc Mechanical open?

No, LeBlanc Mechanical does not offer eco-friendly accreditations.

Are warranties offered by LeBlanc Mechanical?

What services does LeBlanc Mechanical offer?

LeBlanc Mechanical offers the following services: LeBlanc Mechanical was founded in 1989 by Randy LeBlanc to providing quality heating and cooling services toMassachusetts homeowners. After 20 years of great service, we now have 12 employees, and a fleet of vehicles to keep you comfortable and safe all year round. We can do one heating system upgrade or a hundred. Gas, Oil, Solar, Alternative Fuels - if it’s climate control - we do it, and do it well with experience, quality & integrity.