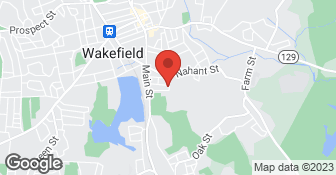 We are a full service landscaping contractor offering a wide variety of services including lawn maintenance, lawn installation, patios and much more!...

Homeowners and business owners rely on MACH for High Quality Masonry, Hardscaping and Landscaping Services, all aspects of creating a beautiful outdoor: patios, pavers, retaining walls, walkways, as well as lawn maintenance all year around.  …

FAMILY OWNED AND OPERATED FULL LANDSCAPING COMPANY SERVICE, WITH MORE THAN 10 YEARS OF EXPERIENCE. OUR SPECIALTY IS TO MAKE YOUR HOME LOOK BEAUTIFUL AGAIN. (908) 456-5279 CALL US ABOUT YOUR SPRING CLEANUP, SOD INSTALLATION, TREE SERVICE, PATIOS. DON'T FORGET TO ASK US ABOUT YOUR HARDSCAPE PROJECT, PAVER INSTALLATION, RETAINING WALL. WE ALSO DO MASONRY- GET 15% OFF ON YOUR FALL CLEAN UP ON ALL JOBS OVER $1,000! DON'T FORGET TO ASK ABOUT OUR SPECIALS! IT'S NEVER TO EARLY TO ASK ABOUT SNOW REMOVAL FOR WINTER TIME!  …

As a company we value our overall performance. We guarantee customer satisfaction and take pride in each job. Call today for your free estimate.  …

They come in and make things happen. They are well supervised by Roberto who is a gem. They managed to do all the above in one day!!! Amazing.. They all are so polite and professional. I would recommend them to everyone.

They responded immediately to my request. Able to do the job within two days. They were efficient, professional and the job was exceptional. Yards look great

Roberto Landscaping responded quickly, although they were two hours late for an appointment, came and saw the work to be done and did it in the same day. They were very responsive and did what i asked. The only complaint was the cost as it was higher than i expected.

Description of Work
They took out some tree stumps, they put dirt for planting and they added wood chips to a play area

For the third year they have done a thorough and complete spring cleaning, thatching, mulching and tree removal for us! Great service and value!

Roberto was very punctual and responsive. He finished the job ahead of schedule, and was very professional during the budget discussions.

Everything was done exactly the way I wanted it. If there was a communication problem, i was always given the benefit of the doubt. Overall, a very thorough job. I will be going back to them in the future.

He doesn't always come by and check to see how good of a job his people did. When I called him about a problem I had before with his employee leaving the grass too long, he just talked to him about it.

Description of Work
He mowed my grass. Front and Back.

Excellent...pricey but quality is excellent

Purchased fall cleanup through seasonal deal for $250. It's a pretty normal rate for my size yard. Eveything went smooth in scheduling. No prob there. They arrived and quickly told me if I wanted them to take the leaves away that it would be an additional $200. When I asked why they don't include leaf removal they said that it's always extra everywhere. And that the standard deal includes only moving all leaves into one big pile. SERIOUSLY? Who would ever want just that? Based on principle I said could you at least bag the leaves and they went on to tell me that they would need to charge for bags etc. They did clean up the yard. I had them bag the leaves and they I had them removed separate based on principle. I would not recommend or suggest you ask up front. Their business model is to "appear" inexpensive and then bop you with hidden extras.

It started off with the uncle and got one nephew and the the other. This will be the third season. They're just fabulous. They do such good work. In the spring, they do a big major yard clean-up and then come once a week unless it's raining like a son-of-a-gun. Or if it's too dry, they don't cut stubble. I pay them at the end of 4 cuts/once a month. I have a pretty good sized yard. These guys that a bigger machine that goes really fast, and they are in and out within 15 minutes. That's cutting the grass, edging the grass, and blowing the grass. Two of them come out. The front drive way is 100 feet long and there were bushes planted on either side of the drive way and another 200 ft to the back yard. The bushes were random that didn't grow at the same time in the same way. It took them two summers to take them all out, but they dug all the stuff out and hauled it all away. They had to come back for another load a couple days later because they couldn't fit it all in the back of the truck with all the equipment. I also hired them to take down a deck that ran the length of the house. Instead of taking a sledge-hammer and hammering away, they took chain saws and pulled up all the nails and used a magnet thing to pick up all the loose nails, so I didn't have to deal with that stuff. They do all kinds of nice little things. They're like an outdoor handyman. I've had neighbors talk about how nice my yard looks. When I tell some people the name, there's been a couple that have backed away. I don't know if the dad's legal or not, but he's definitely from Mexico. All I know is the that they work hard, they work clean, they're nice. They would say hi to my mom and talk to her for a while.

Description of Work
The did the last grass-cut. They did a fast clean-up around the yard and took it away.