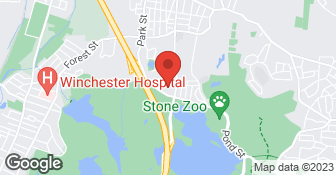 I would use them again. 2 people came out and it took them 3 hours. When they left everything was cleaned up and orderly.

I would use them again. They are very professional, responsive. It is hard to find people that return calls, show up and actually tell you if they are going to be late. They got it done in a half of a day. That was a good time for me. 2 people came out.

Despite requesting quote in advance by phone, none was provided. After reaching out via text message the next day, I was told Frank would arrive later that day, presumably to provide a quotation. He showed up at the property without specifying a price, did not ask questions, replaced the faucet and caulked the sink. He was on site for 50 minutes (I received text messages from my wife when he arrived and departed). I then received an invoice for $375, over twice the going rate (even he said the going rate for faucet replacement is $175). It's unfortunate that after using Frank for many projects and thousands of dollars of work over the last 15 years, he has eroded the trust quickly. When I inquired about the invoice, I was told I should have asked for a quote (which I did).

Very happy with the service. Very good communication by phone and text. Comes on time, very courteous, and at the start and end of each work day gave a preview and review of what was being done. Were also happy to help with small fixes that they found needed to be done, with no extra charge. They also kept the workspace very clean, neat, tidy. They knew we have a little baby so they always asked before they were going to shut off water, or sewer, or do something noisy, to make sure to not disturb the family. Highly recommended!

Description of Work
Upgrades to plumbing in the basement: install new pipes as part of basement refurbishment and completion.

Response time excellent. Work done efficiently, very tidy. Sets your mind at ease, very informative about how systems work. Excellent workmanship. Trust this plumbing company, frank Walsh has never let me down. Everything his company has done in this old house over many years is still functioning properly. Thank you frank and staff.

We were in a bind because another plumber was unable to come at the scheduled time to install our sink. We called FJ Walsh. Frank came an hour later, fitting us into his schedule. This was a somewhat tricky installation of a kitchen sink in rather tight quarters. Frank was great about explaining our options for the installation and did a very neat job with the installation. We will definitely call him again when we have plumbing to be done.

From the start when I asked FJ Walsh to come in for an estimate I knew they would be a good choice. Frank was easy to work with listened to what I was trying to accomplish and made some great recommendations. They arrived as scheduled and completed the rough plumbing quickly with lots of attention to detail. Pipes were secured and insulated to reduce noise. The inspector was pleased with the work and signed off without any changes. When I was ready, they scheduled me in quickly to get the final finish work done.once again, the attention to detail was great. Frank put attention in making certain the silicone at the base of the toilet was absolutely flawless - more than I would have expected. Everything was either just as I asked or better. Any they left the place spotless each time they were here. Price was as agreed per the proposal. Overall the best plumber I have ever had do work for me and my expectations are pretty high. Chose this plumber if you want clean and attention to detail.

We ordered our new gas stove online, and needed a company to make the connections. FJ Walsh was able to come out the next day to install it. They did a great job of coordinating everything - the inspector was there (required by MA law) at just the right time, the guy doing the installation was spot on for timing, etc. The office manager even came by to give him something he'd forgotten and check in with me. The guy doing the installation spent a ton of time making sure the range was perfectly level, and even with the counters (which was apparently not easy - I guess our counters are not a standard height). He cleaned up after himself perfectly, and they took away our old stove - no problem. When we realized that we'd forgotten a thermometer in the old stove, they tried hard to reclaim it. They were super responsive. They made things easy for us. I would definitely recommend their work, and their attitude!

Description of Work
We had them disconnect an old gas stove, attach a new connection, install a gas stove, facilitate an inspection, level the stove, install an anti-tip device for the stove and remove the old stove.

We got several price quotes from other HVAC companies. F.J. Walsh was the only company that gave us a fair price. This is the second time we have used their services. Both times they looked at the job (something other companies don't even bother with), gave a free estimate, and we had them perform the work. My Brother is a HVAC technician in upstate NY so I knew roughly what the price should come in at. I feel it was a fair price. They are always on time, honest, perform quality work and explain what they did. I'd use them again. Enough said!

Description of Work
Replaced heating coil in burner that supplies hot water. It was old and no longer transferring heat to the water because it had become scaled up.

The interaction went very well. He gave me a lot of information. He does a lot of explaining, which I like.

Description of Work
He installed new washers in my sink and new flappers in my toilet and gave information on remodeling.

Thank you for your kind comments, it has been a pleasuere doing business with you and we look forward to serving you in the future :)

For emergency services, please call 781-933-6387. N.E.T.R., Inc. is here to help homeowners install the best heating and cooling systems that fits their needs. Since 1989, we’ve installed heating and cooling systems in Boston and its surrounding areas, tackling tough problems that our clients face. Our goal is to ensure our clients have energy efficient, quiet, reliable systems so they can live their lives to the fullest both at home and at work. Our dedication to our customers’ needs is what drives us each and every day. Our approach to temperature control and comfort has helped us become one of the most respected names in heating, cooling, and refrigeration in New England  …

We are an owner - operated company . That will get the job done right . High-end work done at the right price !! Licensed & insured .  …

Insured
All statements concerning insurance, licenses, and bonds are informational only, and are self-reported. Since insurance, licenses and bonds can expire and can be cancelled, homeowners should always check such information for themselves.To find more licensing information for your state, visit our Find Licensing Requirements page.
General Information
Free Estimates
Ask for details
Eco-Friendly Accreditations
No
Payment Options
Check, Visa, MasterCard
Senior Discount
NO
Warranties
No

We Install all appliances but do not offer repair services.

No, F J WALSH PLUMBING, HEATING INC does not offer a senior discount.

Are there any services F J WALSH PLUMBING, HEATING INC does not offer?

We Install all appliances but do not offer repair services.