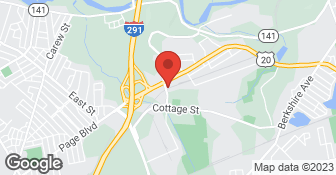 This so-called "professional" company backed out of a project with a down payment at the last minute. I would like to tell everyone to be highly suspect of this company. It appeared that I got along with them during the quote stage. However then I mentioned to them that I wanted to record the install and clearly told them that it wasn't because of them (but for another reason). This is what they suddenly wrote me: " After reviewing your notes and going over the estimate with with the owner of the company, he has decided not to move forward with your fence. He does not like the idea of our installers being recorded and feels that we will not be able to satisfy your needs for the fence. I did not process your down payment, so nothing has been charged to you. I apologize, but he feels we are not the right company for the job. " But then I realized other important information about my project wasn't even properly relayed to their management also until the last minute. When a company doesn't stand behind their work, there is something not right going on. If people want to use this company still, they are encouraging this company to behave this way to whomever they feel like it. This is what I wrote back: " I am not sure why this resulted like this and why you were not willing to discuss this at all. The recording wasn't about your company, it was for my own purpose. If that was the one issue that was bothering your company than you could have discussed it with me. I never doubted that your company would satisfy the requirements of the fence previously. " then I further wrote... "I am disappointed in your company's lack of customer service and it appears that you are actually disorganized with your information. In the beginning, it appeared the opposite but now it is definitely not the case. Information that was given to me didn't appear to have reached "management" until now. A timeline for the install was incorrect all along and was only told at the very end it probably would be longer. And the mere fact that I wanted to record certain/all parts of it for my personal use should have no relevance to you. If you were a reputable company (which I thought you were) then that should not make a difference. Your company is no better than Hastie. In addition I did question your cedar posts install process. I had to "request" gravel to be used for proper installation? Really? We live in New England. Gravel should be used in all cedar posts installs just to get the best possible install longevity of the posts themselves. Look at this link, it is common sense to me: http://www.familyhandyman.com/garden-structures/fences/how-to-set-fence-posts-that-won-t-rot/view-all The way you handled this entire transaction and wasted a lot of my time (which doesn't seem to concern you) was apparently a red flag if the job was to proceed. You are right, I doubt you had the technical know-how to pull off such specific install. Unfortunately, here in Western Mass people have to deal with fence companies like you and others that have really no extended talent other than just plopping in fences. And you don't stain fences on top of it, or can recommend anyone? Really?? A fairly good size fence company like yourselves? Too bad there are not fence companies around here like the really nice ones I see in Central/Eastern Mass, such as Wolpole and others. They are high scale and I would feel confident they could pull of any job. And many of them also stain fences (if I were to go with a cedar fence). And about the permit I pulled indicating you as the fence installer. I will call the town and if there is an issue with that, you will need to reimburse me. You will be informed if so." RIDICULOUS. I THINK MANY FENCE COMPANIES IN THIS AREA (WESTERN MASS) HAVE BECOME COCKY. ANYONE NEW WITH A GREAT ATTITUDE, FOLLOW-THROUGH, QUALITY PRODUCTS, AND WILL NOT RIP PEOPLE OFF WANT TO OPEN ABOUT A NEW FENCE COMPANY AND PUT THESE OTHER JOKERS DOWN A FEW NOTCHES? IT APPEARS THAT SOME FENCE COMPANIES, EVEN THOUGH THERE WAS A PROPER WORKING RELATIONSHIP WITH THE CUSTOMER AND NO ISSUES WITH THAT CUSTOMER, CAN SUDDENLY JUST STOP WORKING WITH THE CUSTOMER. DON'T YOU THINK THAT IS SUSPICIOUS? BY USING COMPANIES LIKE THIS, YOU ARE ENCOURAGING THEM TO ACT LIKE THIS WHENEVER THEY FEEL LIKE IT.

Description of Work
Nothing. They backed out of the job at the last minute.

Original order was delivered as promised. However, we needed an additional fence section and post. The delivery took a while, but in the end, everything worked out fine. (Confusion with manufacturer). I would highly recommend them.

I've known them for about 30 years. They are the only fence company I use. They originally put my fence 30 years ago. I've been using them since to add more fence, add new pieces, and repair the fence.

Description of Work
They put in 4 new sections of fence for me.

Brodeur-Campbell Fence Co Inc is currently rated 4.8 overall out of 5.

No, Brodeur-Campbell Fence Co Inc does not offer eco-friendly accreditations.

No, Brodeur-Campbell Fence Co Inc does not offer a senior discount.

No, Brodeur-Campbell Fence Co Inc does not offer warranties.