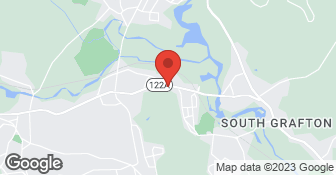 With more than 30 years of experience and a proven record of workmanship and quality, you can trust in our ability to build the pool of your dreams. Over the years, our family-owned business has stayed strong, even through tough economic times, and we have earned a great reputation in this business. We have a proven record of satisfaction with customers, and quality references are available upon request. The owner of our business truly enjoys building pools and fulfilling your dreams. To help you get the pool you've always wanted, we provide financing and help you get the best rate possible. For your peace of mind, we are licensed and fully covered in all insurances....

These guys are top notch. Arrived on a Monday and we were filling with water 48 hours later. The coordination of electrical, concrete contractors as well as inspections was outstanding. This pool was installed 2 weeks after I signed on and these guys scheduled me in with a lot of other installs going on. Ed presented the quotes and was very straight forward and to the point on expectations. No sales guy mentality. I like that the guy selling the pool is part of the the team installing

The pool has been leaking, I have a warranty on it. I have tried reaching out to the company to come fix this and they have not contacted me back.

Description of Work
They refurbished the pool for me and installed all new equipment.

Description of Work
Nothing. Notwithstanding their services description, they do not install above ground pools and they could not/would not recommend anybody who does.

Ed and his team are great. Very professional, fast with quality work. Wouldn't use anyone else. Have recommended then to multiple friends and everyone has had great experiences

It was great. Their prices were reasonable. We had no complaints. They did exactly what they said they would do and they did it on time and they did it well. We would absolutely use them again.

Description of Work
We used Dolphin Pools & Construction to reline our pool.

We ended up using another company but only because of the timing of the service we needed. Our house was under construction and we needed the spa/pool installed right away. In addition, the company we used was able to give us a bigger discount. We liked the service and the owner. We would not use them again only because we won't be in need of another spa/pool in the near future! We were also able to speak to two of their previous clients and saw their pools which were beautiful.

Description of Work
Provided us an estimate for a small spa/pool.

He did an excellent job. He would not return to Brockton. Felt trip was not cost effective

The guys from Dolphin Pools and Construction were very good. They did a good job and did it quickly. They did what they said they were going to do.

Description of Work
I used Dolphin Pools & Construction to install a pool for me.

I received quotes from 3 pool suppliers in the area, and decided to go with John from Dolphin Pools since he was the only company that came out to the house in order to give an estimate of the cost whereas the other companies gave a quick estimate over the phone. I was originally going to go with another company that was a few hundred cheaper and that offered a 5 year warranty saying they had insurance that would cover the cost of water refill if the liner was defective within 5 years. John explained that although he didn't offer this insurance, all of the defects he's seen have occurred within the first year and he covers anything due to an improper installation. Although he's a little rough around the edges and will blatently tell you why he's a few hundred more expensive and why the other people's gimmicks are worthless, he has several qualities that made him a great choice: 1. When I told him I was going with a cheaper installation, he was willing to come down slightly in the price to make it work for us both. 2. He came to the house in order to give an estimate. 3. He gives the quotes, and he is also part of the installation crew so you know who will be doing the work. 4. He was able to get the same liner installed much quicker than the installation. After talking with the other two companies in more detail, one actually raised their price slightly and matched the cost that Dolphin Pools gave for the work. The final product looks great, and I am happy that I went with Dolphin Pools.

Description of Work
John replaced the liner on my 20'x40' ingroung pool.

He did good work. He was flexible and easy to work with. He is the one who installed the pool 20 years ago.

Description of Work
I used Dolphin Pools & Construction Inc last month to replace the liner in the pool.

We are a small company of 3 or less employees. We work as one crew and only run one job at a time until it is complete and the customer is totally satisfied.  …

Professional fence Installation (all types) and repair company offering services for commercial and residential properties. We offer free estimate for all services and provide a wide variety of fence types. We can install Vinyl/PVC/Plastic, Aluminum/Ornamental, Wood, Chain link, and all other Fence Services. Please give us a call or click for an estimate today!  …

About Us Since 2001, E&D Fencing Inc. has delivered quality fencing to residential and commercial customers within the Greater Boston and Metrowest Massachusetts area. We sell and install a wide variety of professional grade fences using only the highest quality materials, including maintenance free vinyl and aluminum to durable wood and chain link. We also offer arbors and pergolas, deck and stair railings, and mailbox and lamp posts. Our services include everything from layout selection to full installation. We also specialize in repair services for all types of fencing. Our experienced staff will provide complete onsite repair estimates for you so that you can be confident in your choice and our services. Whether you need advice for a do-it-yourself project or prefer our full expertise, E&D Fencing Inc. provides you professional assistance and service every step of the way. Contact us for an onsite estimate by filling out the form on our contact page or calling 508-881-0910  …

Insured
All statements concerning insurance, licenses, and bonds are informational only, and are self-reported. Since insurance, licenses and bonds can expire and can be cancelled, homeowners should always check such information for themselves.To find more licensing information for your state, visit our Find Licensing Requirements page.
General Information
Free Estimates
Yes
Eco-Friendly Accreditations
No
Payment Options
Check
Emergency Service
Yes
Warranties
No

Dolphin Pools & Construction Inc is currently rated 4.5 overall out of 5.

No, Dolphin Pools & Construction Inc does not offer eco-friendly accreditations.

No, Dolphin Pools & Construction Inc does not offer warranties.