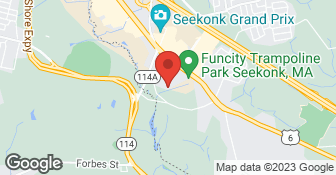 Conlon Moving & Storage, an agent for United Van Lines, is a professional moving company serving all of Rhode Island and Southeastern Massachusetts. We are a full service relocation business specializing in Local, Long Distance and Commercial Moves....

Ended up using this company for a full service move as they're one of two companies my new employer contracts with. A rocky experience from the start - it was difficult to pin down a definitive pickup time for my goods even though my apartment complex required the information in advance to coordinate truck and elevator space. When the movers arrived they were late, inefficient and unprofessional (they spent a great deal of time joking around with each other rather than packing - including joking about being so late!), and the driver was really unfriendly. My delivery date was set for ten days later - seemed a little extreme since it's only a 8-9 hour drive from the other location but okay. Found out today that 1) my delivery is not happening as scheduled, 2) my shipment is still sitting in a warehouse in another state and 3) there's no estimated delivery date at all at this point. Lots of apologies but the day came and went without any plan being put in place or new delivery date being determined. Can't tell you how much I wish I had gone with the other company my employer contracts with....save yourself the pain, don't use this company.

Description of Work
Full service move from one state to another.

Barbara from Conlon Moving and Storage assisted with my move from Philadelphia to Providence on a very tight timeline during prime moving season. I first contacted her in late May for a July 1 move date. She had an affiliate of United Van lines from Philadelphia within a few days come out to my apartment for the estimate. Since it was a move paid for by my employer, I had to get 2 other estimates before a purchase order could be issued. Conlon Moving was the lowest cost, and by far the most responsive to my calls and emails. Barbara ALWAYS responded within 1 hour of contacting her. The Philadelphia affiliate of United was not great (crew of 3 took 5 hours to pack a kitchen and load the remainder of my ground level studio apartment), though I don't think that Conlon was involved in this part of the move. However, the delivery half done by Conlon was excellent. Charlie, the crew leader, called me the night before to confirm delivery address and time. They arrived right on schedule and unloaded all of my belongings to a 4th floor apartment in less than 2 hours. This was also the first time a mover asked me to check off the box numbers to confirm delivery of each package. Fantastic! I think if Charlie and his crew had also packed my apartment in Philly, I would have had a much more pleasant experience. Thank you Barbara and Charlie! I will be using their services again in the near future to move another apartment from Pittsburgh to Providence and look forward to working with them again.

We were VERY unhappy with this company. They gave us an initial estimate for packing the rest of our stuff and moving us into our new home. However, when it came down to the actual cost, we were charged 125% MORE than the estimate for the packing. That is an unacceptable percentage to be wrong when providing an estimate and it not an insignificant amount of money. We reached out to the management (multiple attempts), and he just pushed us off onto his management who didn't care or offer us any credit back or to split the difference. In fact, they called our realtor to make sure she and her company were still happy with them (due to referral program). That unprofessionalism made us and our realtor very uncomfortable and unhappy. It made us feel like the actual customer, the ones writing the check, didn't matter - only the referral program they had w/ our realtor's company. We have to say that the actual four guys that moved us were fabulous, but we will still not recommend this company. STAY AWAY. No estimates should be off by 125%.

Description of Work
They came in to give us an estimate to finish our packing, move us out the day before we closed on our new home, and moved us in on closing day.

Initially, the sales person was very nice. We paid a little premium because we felt with comfortable with them. Then, they forgot to bring half of our stuff and left it in a warehouse in New Hampshire. They were not very cooperative and it is still there after 3 weeks, and we're still unsure if we will receive our shipment or not.

Description of Work
They helped us move from New Hampshire to Austin, Texas.

Conlon Moving & Storage has not record of this and did not perform this move. Since we are located in Seekonk, MA we would not be moving someone from New Hampshire, unless this was a national account. We assume it was another United Van Lines agent that did this move.
5.0

I had a wonderful experience with them and I even wrote a letter of recommendation for them as they were really good. They did a great job with packing and the crew was amazing. They arrived on time with no damages. While unloading, they put the things where I wanted it to be. They were very personable and knowledgeable. By far the most important part of the move was probably the lady who took all the information on the phone and got everything lined up. I never got to meet her but she was wonderful and took personal responsibility for everything. The diver was excellent, responsive and one among the best. Overall they were just phenomenal.

Description of Work
I used them to move my house.

We move every three years or so, and we have used them several times. They are middle of the road in price, but their price had hardly changed since the last time we used them.

Description of Work
We used them to move from Washington D.C. to Boston.

United's Salem division is just wonderful. They were punctual and they helped us a great deal. They were very well organized and they surely would be a company we would use in the future. They were communicative, easy to work with and they made our move as stress free as possible which we greatly appreciated.

Description of Work
We moved from Salem to Boston. United Air Lines out of Salem packed our belongings into one large truck and transported them to Boston.

THIS WAS A VERY STRESSFUL MOVE TO BEGIN WITH. THEY MADE IT WORSE. THEY ARRIVED ON TIME TO LOAD OUR STUFF, BUT THEY GOT LOST AND DIDN'T SHOW UP ON TIME TO UNLOAD OUR STUFF. I WAS IMPRESSED WITH THE MATERIALS, BUT NOT THE WORKMANSHIP.

Description of Work
THEY MOVED US FROM ONE PLACE TO THE NEXT.

Stairhopper Movers is proud to be Boston full service moving and storage company the of choice for many discerning customers, both residential and commercial. We are fully licensed, bonded, and insured so you'll have no worries about safety and reliability. (MDPU # 31321, DOT # 1696867, MC # 623045). Stairhopper Movers is a valued member of the Better Business Bureau (BBB) with an A + rating!! We also have been awarded Best of Boston in 2006 - 2007 and in 2010, Talk Of The Town awarded us "Excellence in Customer Satisfaction"- 5 star rating. We are specialized in: Local and Long Distance Moves, Residential and Commercial Moves, House / Apartments moves, Assisted Living Relocation, Corporate, Office Moves, Short and Long Term Storage in our Secure and Climate Controlled Storage Facility, Professional Packing and Unpacking Services, Loading and Unloading Services, Free Estimates, Packing Materials Delivery. We know that a successful move starts with one simple call. We take upon the responsibility of moving your goods so you can concentrate on more important things in life. We offer highly competitive rates and a variety of professional moving services. Every single member of our team will take pride in moving you to a new company location or residential property and every relocation we do gets unique attention and the highest quality customer service.  …

Trust Moving and Storage Inc is a full-service moving company located in Greater Boston. It was founded by experienced and motivated executives with diverse international expertise. A strong wish to apply our skills and modern technologies resulted in forming a team of like-minded professionals. The company is fully licensed and insured. We do it all: free quotes, family moves, packing, storage, corporate moving, and many more. Customers love us for clear pricing, great care of their belongings and flexible approach to any request. No hidden fees and other tricks - we are fair and straightforward. Our crews are staffed with fully trained and experienced moving professionals. We are not affiliated with any major van line, so we are able to provide customers with personal service and customize quotes in accordance with budgets and timeframes provided. Whether it is a move across a town or across the country, we always have the optimal solution for any goals and requirements. Our mission is to provide clients with quality services and responsible and caring attitude they deserve.  …

RARE Moving & Storage is a full service moving company. We specialize in local, long distance, residential and commercial relocations. We offer private, climate controlled storage. We offer free box deliveries. All of our movers are well trained and experienced in moving: pianos, hoisting, antiques and crating. Our rates and supplies are posted on our site all year long so there are no surprises. We offer free in home estimates.  …

Bonded
Insured
All statements concerning insurance, licenses, and bonds are informational only, and are self-reported. Since insurance, licenses and bonds can expire and can be cancelled, homeowners should always check such information for themselves.To find more licensing information for your state, visit our Find Licensing Requirements page.
General Information
Free Estimates
Yes
Eco-Friendly Accreditations
No
Payment Options
Check, Visa, MasterCard, American Express, Discover
Warranties
No

Conlon Moving Systems Inc is currently rated 3.1 overall out of 5.

No, Conlon Moving Systems Inc does not offer eco-friendly accreditations.

No, Conlon Moving Systems Inc does not offer warranties.