we are fully open during these trying times! We will do our absolute best to keep you safe and serve you at the highest level 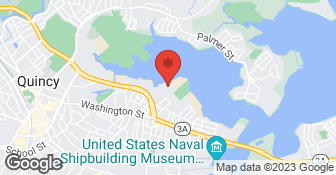 Specializing in plumbing, heating, and cooling services, repairs, installs, and more! We guarantee your satisfaction and we won’t leave until the job is done right. We pride ourselves on the quality work we provide, while delivering great customer service! Check out our services offered and call or click to schedule a free estimate today! ...

Mound Mechanical fixed the problem in one visit and it's been working perfectly since. The problem turned out to be electrical and not that straightforward to fix, but in consultation with an electrician he efficiently completed the repair. He very much stands by his work and I've not hesitated to recommend him to our neighbors.

IT WAS TERRIFIC. THEY WERE PROFESSIONAL, THOROUGH, AND REALLY KNEW THE NAVIEN HEATING SYSTEM. I WOULD DEFINITELY USE THEM AGAIN AND RECOMMEND THEM TO OTHERS. I ALSO THOUGHT PRICES WERE REASONABLE.

Description of Work
I NEEDED MY NAVIEN HEATING SYSTEM YEARLY TUNE UP.

Quick in-person quote on several heater options. Lowest cost vs. at least 3 other offers by a significant margin. On time, fast install. Also found a problem with the main heating system while installing the indirect water heater and fixed it pretty cheaply the same day.

Arrogant, ignorant, and incompetent. Do not hire Anthony and his company (currently called Trust1, but changed name: recently was called Mound Mechanical and who knows what before that). I've had three projects done by them and want to share my experience, just sticking to the facts: Job #1) they fixed a slowly leaking toilet supply line. I'd give them 3 stars. Okay quality, but failed to put a decorative cover (called escutcheon) before connecting the pipe - rookie mistake, so then he had to cut the cover in order to put it on, which now looks ugly, but okay whatever. Job #2) immediately after fixing the toilet leak - went to install a whole house water filter. And I'm kidding you not - grabbed the filter without washing his hands and installed it. I have a photo of a dirty thumbprint on a DRINKING WATER FILTER left after not washing hands after fixing the toilet supply line. One star at most. I'll drop the fact that he did not configure the plumbing the way that we agreed on and then Anthony had to fix it and route it correctly. One star. Job #3) this is where the biggest issue and money spent is. They installed a high performance mod-con boiler and an indirect water tank. Shortly after the installation it started locking out (no heat in the middle of winter!) and Anthony has personally been gaslighting like there's no tomorrow. I've heard every single excuse from somewhat ridiculous (it's doing what it's supposed to do), to ridiculous (just hit reset, it's air in lines), to the ones that were laughed by every single other plumber I talked to (you need to have your propane tanks at 40%!). Turns out he didn't have a combustion analyzer to diagnose the issue. Long story short, the system started locking out again for a different reason and he finally "fixed" it. Except that now I'm burning through two 120-gallon propane tanks every other week during the cold spell and the house is well insulated and not a large sq ft. I got fed up with them not replying to messages and called the manufacturer, who put me in touch with a distributor, who connected me with another HVAC company. They diagnosed the issue, found two separate problems (1 - sensor that came with the boiler was not installed; 2 - hot water tank is not taking off heat as needed). After I told this to Trust1 they sent a tech who did nothing, then said they need to come back to do a fix. And then after a week of not hearing from them I finally got a hold of Anthony himself who said that he refuses to honor the warranty on labor and parts he promised because "someone else looked at the system". Long story short - STAY AWAY. This company will gaslight you, will not honor their word, and you will end up paying hundreds or thousands to fix it.

Description of Work
He put in a boiler for me.

Thank you we are glad we could serve you!
5.0

Each job was completed with extreme care and attention to detail. Work area was cleaned after each job. Issues to be addressed were discussed and suggestions offered. Anthony, owner of the company, is a very well-mannered, calm and helpful person. He inspires confidence. I just recommended him to our neighbors.

Hello we are glad to hear this! we are thankful to have the opportunity to have you as one of our clients, and are looking forward to our future relationship!
1.0

Thank you it is always a pleasure!
5.0

They were punctual, arrived as expected gave me a timeframe and finished a day early. They also picked up the debris and finished clean. They were also knowledgeable, professional, customer service oriented and reliable.

We really appreciate the feedback, this really helps our team improve on a daily basis!
5.0

They were vey great, fast and clean. They did a good job and I will use them again.

Anthony was great to work with. His pricing was fair and he did some great work on a renovation project. The following was completed very quickly and passed inspection with flying colors. Complete kitchen plumbing (including gas range) Tankless water heater Outdoor shower Moved heating vent Laundry plumbing (including gas dryer) Toilet flange replacement

Everything was great, a very good team. Very responsive. No issues it was a great experience.

This was a big and articulate project glad it came out as nice as it did! Thanks for the opportunity
5.0

Since moving into my place 3 years ago, I've had issues on and off with my Navien water heater. I've had other companies claim to "repair" this issue in the past, but perform dishonest work. Thankfully I found Mound Mechanical. They responded quickly to my request, arrived on time, and provided an honest assessment of the situation. They then fixed the outflow on the flue vent for my unit to enable proper exhaust and improve the function of the heater. They performed the work quickly and efficiently, and didn't charge me the full amount provided in the estimate, since the repairs took less time than initially scheduled. My unit is finally working seamlessly for the first time since I moved! Big thanks to Mound for providing honest quality work. I'd highly recommend working with them.

Thank you for the kind words! This is how we try to separate ourselves from others with the on going training!
5.0

Anthony and his crew are amazing and very polite. Got the work done quick and didn’t break the bank.

It went extremely well. They were extremely punctual and very communicative. They did exactly what they said they were going to do with no fuss in exactly the way they said they would. Extremely neat, and by using email for appointment reminders, quotes, and billing, it just made the process quite easy.

We have the experience and dedication to get the job done right! We guarantee your satisfaction, and we won't leave until the job is done right. We pride ourselves in our work as a family owned business  …

New England Ductless installs zoned comfort solutions for your home or business. We specialize in ductless mini-split installations from Mitsubishi Electric and we're working to bring high efficiency comfort to every room in your home. Our heat pump installations are second to none and all of our installations come with a whole-house cleaning at the end of the job.  …

How is Trust 1 Services overall rated?

Trust 1 Services is currently rated 4.5 overall out of 5.

What days are Trust 1 Services open?

Are warranties offered by Trust 1 Services?

What services does Trust 1 Services offer?

Are there any services Trust 1 Services does not offer?