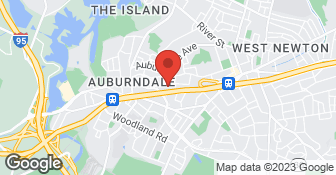 We are a locally-based, privately-owned moving company specializing in local moves in the Boston area, throughout Massachusetts and interstate. Our experienced staff is eager to provide the highest quality service for all of your relocation needs. We understand how important every single customer and their move is. We strive to stand out as the best moving company you will ever hire, and to be the first company you call on if you ever need to move again. Your moving encounter with Oscar's Moving Company will leave you so pleased with your decision to hire us, that you will be compelled to refer us to others looking to move. Our staff of professional movers are dedicated to providing you with "award-winning service". It is our goal to ensure that your moving experience is pleasant and stress-free. Additional DBA - Oscar's Moving Co LLC....

Horrible. The first day was to be the packing day. They finished early because they ran out of paper (because at least one packer used too much). So the next day, they had to finish packing, but most of those guys had NO experience packing. They were there to move stuff that was already packed - except the packing hadn't been finished. We ended up with unlabeled (!) boxes, a box of dishes (thank goodness not my good ones) with NO padding at all. Nothing. Things were packed willy nilly, mixing stuff from random, unrelated rooms. We asked them to put any boxes labeled for the basement in the center of the rooms. They didn't. (Because of this, and the unlabeled mystery boxes, we spent a Saturday after the move opening every single box to find out what the heck was in each one, and moving them to where they should have put them in the first place.) At the end of day 2, there was stuff in our shed, on our deck, and in our bathrooms that did not get packed or moved. We had to call to get the job finished. The moving day was a Tuesday. We had to wait until Friday for them to send a couple of guys to finish up. Our piano was damaged. My husband asked them to dissasemble the futon, as that was how it had been done in prior moves. "This isn't my first rodeo," was the reply. Another person told him that he wouldn't tell my husband how to do HIS job. Well, it ended up damaged. My husband's lathe table, which has multiple drawers with tools laid out neatly in them, was turned on its side, so the tools all bunched up together and made it hard to open the drawers. My brand new $200 bird feeder pole was broken because no one asked how to get it out of the ground. Much of this was communicated to the company in the follow-up questionnaire they sent. No apologies, no offer to compensate, except that we didn't have to pay for the travel for the two-man crew who came to finish things up on Friday. They were a bit more competent, and we tipped them well. I realize with Covid-19, it may be hard to get experienced workers, but the lack of training of many of the crew was disheartening. Moving is stressful, but this was a perfect storm of awful.

Moving is stressful. When you move from a full-size house to a small house in the city, it gets even more stressful. Add to that a pandemic and a lockdown and you have LOTS of stress. But we needn't have worried. Tony, and then Alan, kept us apprised of the situation, reassuring us and keeping things on track. On the day of the move, the movers arrived with masks and gloves and respected social distancing requirements. Everyone was friendly and calm and the move went without a hitch. Will use them again for our next move.

Description of Work
Moving and Storage

Oscar's crew "lost" 2 watches a Rolex and a Movado worth $13,500. Oscar offered to file a $5000 claim with his insurance company for the missing watches. The value is based on used watch prices so I would be out more than half the amount. Fortunately I had the watches serviced a few months earlier so I had descriptions and serial numbers for the police report. Before you move with Oscar's get your valuables appraised, take pictures, save description and serial numbers! I filled a report with the Wellesley Police Department #20-42-OF. [*** Link removed ***] [*** Link removed ***] If you value honesty and integrity don't do business with Oscar's Moving. It's been over three months since my watches went missing - I've received nothing but an inadequate offer from Oscar. I've hired an attorney who said I could file a claim in Small Claims Court for up to $7500 or sue Oscar's for triple damages but that would take years to come to court.

Description of Work
Move furniture from basement to bedroom

Friendly, professional and easy to deal with.

Description of Work
Moving of furniture inside home

The move went very well and I was pleased with the service. The service reps were very prompt and thorough in preparing and coordinating the move. The movers were very courteous, friendly,, prompt...and quite careful with my belongings. They even put together my dining room table and headboard in the bedroom. I would definitely use them again if I have a need in the future. NOTE: I moved out of my home Oct. 19, then did not move into the new place until Oct. 22. The cost included three nights of storage on the moving truck.

Description of Work
Moved my residence from Greater Boston to Central MA.

The crew worked like a well-oiled machine. They arrived on time and loaded everything in their truck faster than expected. Everything seemed to be well packed and padded to prevent any travel damage. The unloading went just as smoothly. Their fee was actually a little lower than their initial estimate. I would recommend Oscar's Moving Co. for this type of job and would have no hesitation in contracting with them again.

Great , workers thoughtful professional and hard workers. I was pleased with how well and smoothly everything went. A great relief. Thanks

Description of Work
moving, from home to storage and again later from storage to new home.

They were punctual, hard working and a pleasure to deal with. I would highly recommend.

Everything was great! They were on time, estimate was actually higher than we had to pay. Movers were friendly, willing to move things where we asked. Overall great experience.

The team who came in were excellent and hard-working. What was disappointing (and a hard lesson learned on my part) was the estimate was WAY-OFF, the cost was almost double what was quoted, due to delays with the distance from truck parking to the apartment and other challenges. Nonetheless, I rank the team high because anything they could do to make the move effective - they DID do, and I was grateful. Just get your quote in person.

Stairhopper Movers is proud to be Boston full service moving and storage company the of choice for many discerning customers, both residential and commercial. We are fully licensed, bonded, and insured so you'll have no worries about safety and reliability. (MDPU # 31321, DOT # 1696867, MC # 623045). Stairhopper Movers is a valued member of the Better Business Bureau (BBB) with an A + rating!! We also have been awarded Best of Boston in 2006 - 2007 and in 2010, Talk Of The Town awarded us "Excellence in Customer Satisfaction"- 5 star rating. We are specialized in: Local and Long Distance Moves, Residential and Commercial Moves, House / Apartments moves, Assisted Living Relocation, Corporate, Office Moves, Short and Long Term Storage in our Secure and Climate Controlled Storage Facility, Professional Packing and Unpacking Services, Loading and Unloading Services, Free Estimates, Packing Materials Delivery. We know that a successful move starts with one simple call. We take upon the responsibility of moving your goods so you can concentrate on more important things in life. We offer highly competitive rates and a variety of professional moving services. Every single member of our team will take pride in moving you to a new company location or residential property and every relocation we do gets unique attention and the highest quality customer service.  …

RARE Moving & Storage is a full service moving company. We specialize in local, long distance, residential and commercial relocations. We offer private, climate controlled storage. We offer free box deliveries. All of our movers are well trained and experienced in moving: pianos, hoisting, antiques and crating. Our rates and supplies are posted on our site all year long so there are no surprises. We offer free in home estimates.  …

When you think of Bekins, you think, "This is moving." For more than 120 years, families like yours have trusted Bekins Van Lines to move them. Bekins has the experience and expertise you need to get you to your new destination smoothly and efficiently. New home, new community, new friends – moving can be an overwhelming experience. At Bekins, we understand the anxiety and stress of moving and we’re there to make it easier, every step of the way. You’re not alone when you move with Bekins as our process is designed to assist you throughout your entire relocation. It’s a process that offers you choice, flexibility and control. With a network of more than 370 agents across the country, Bekins can provide a variety of services including free estimates, storage, packing, loading, unloading and hauling in order to meet your individual moving needs. We can help you design a plan that fits your budget. From the salesperson that gives you an estimate to the driver that loads your belongings, you can be sure they’re equipped to handle the job. For more than a century, the Bekins name and reputation have made Bekins the mover that generations of families have trusted.  …

Oscar's Moving Co is currently rated 4.7 overall out of 5.

No, Oscar's Moving Co does not offer warranties.