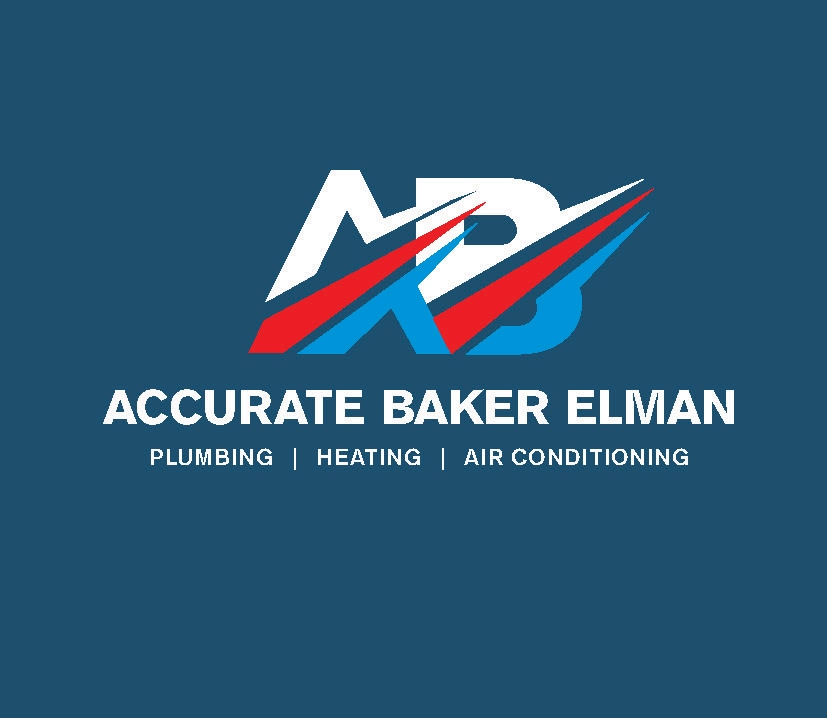 Baker Elman Plumbing has now partenered with Accurate Heating and Air Conditioning to provide a wider range of HVAC, plumbing and electrical services. Look for us as Accurate Baker Elman. We have over 76 years of experience as full service plumbing specialists offering high-quality workmanship and we are now excited to start offering heating and air conditioning solutions

We had a leaking toilet and called Baker Elman to schedule an appointment for the next day. We were given a window between 12PM-2PM. David arrived at 12:30PM and was able to diagnose and fix the issue in an hour. We are extremely happy with David’s work.

Professional and timely service provided by the individual who diagnosed our issue. But what's extremely disappointing is the $20 additional fuel surcharge that the company has added in the past week, in addition to the $170 service visit (and not communicated). While I understand oil and gas prices have increased and may have cut into their bottom line in the short-term, this hidden fuel surcharge was significantly higher than the amount of gas they used to commute to my house. So they actually profited more to come to our house for this service compared to what tier profit would have been two months ago. Really disappointing and tacky despite the professional and prompt service.

Dishonest company that wanted to sell me a completely new heating system on the lie that my boiler was irreparably broken. Ion came out for an emergency visit over a weekend when we had no hot water and was able to tell me the system was in bad need of a cleaning as it was overrun with soot. I paid for the emergency visit, and was grateful to have the assurance we were not in danger, but no actual work was done. Ion then no showed on the scheduled appointment time the following Monday, and I had to call the office, where it was confirmed that my visit was never added to the calendar.. I am giving 2 stars because the ladies I spoke to in the office - Kathleen and Lisa - were courteous, patient and lovely to deal with. Ion finally came out Tuesday, with one other person. He started to vaccum the boiler and quickly brought me over to show me white specks in the soot, explaining that these were "shards of metal from what has to be a broken heat exchanger" and said he will see what they find when they complete the cleaning. I gave them space to work. In about 90 minutes, the techs tried to turn on the boiler and it released smoke again. At that point, they came upstairs and told me that there was nothing else that could be done for the boiler and a complete heating system replacement was my only option. I asked if Ion was 100% sure and clarified if this was due to a cracked heat exchanger, and Ion confirmed it. Within minutes, he was measuring spaces in the wall and telling me about forced air system options and the rebates and financing I could receive from MassSave. If Ion would have followed up with the estimate that night, like he said he would, it would have been likely that I would have hired Affiliate Baker Ellman to do the work right away - that is how desperate I was to get hot water back. I am a single mom, it is COVID times and one of my children is too young for the vaccine. Ion and I talked about these factors, and he seemed sympathetic, but also quick to take advantage. Fast forward 2 days, Ion still had failed to provide any written estimates, and I had done my own research and was ready to move forward with a propane install. I called a different HVAC co and instead of just proceeding with giving me an estimate for propane install, the technician got curious about the boiler and after looking at it, confirmed that the heat exchanger was indeed intact, and that the cleaning that was done by Affiliate Baker Ellman was only partially done. The system was still filthy (pics attached) and I had paid Baker Ellman a total of $600 to date. Worse, the heat exchanger info was blatantly incorrect, because it was explained to me by the other tech that in the case of this, water would be leaking from the boiler, and Ion never even turned the water off. I tried to speak to Affiliate Baker Ellman and request a refund of the non-emergency visit, but was ultimately mansplained and talked over by the supervisor there, who basically denied that the heat exchanger info was communicated as it was, as if he was here when it happened, or a homeowner like me with no knowledge around HVAC would be able to make up a story about a heat exchanger. I am disputing the charge with my bank and have a complaint on file with the Attorney General's office. Please be careful and check in on any older folks and single moms you know - companies are talking advantage!!!

They are very professional, they come on time, they took care the business and very happy with them.

Description of Work
They install a new water heater.

They had to come twice because the only shutoff to the gas for the job was the main, and the gas meters at our condo were not label. In any case, the second time around was the charm and they got everything done quickly and efficiently. The rescheduling of the return visit was quick, too.

Description of Work
Needed to lengthen the gas pipe to the cooktop to fit an under-counter stove into the opening.

Excellent! They came for an estimate to replace an old electric water heater tank (still in working condition but with expired warranty). Very reasonable price. Very polite workers. Did a great job and quick.

Overall satisfied with the way the team handled the problem, which is that of intermittent temperature fluctuations at the shower. (We initially had a boiler service call from a different company, and that other company had concluded that the shower temperature control (Symmons Temptrol) was the only issue.) Susan and Lisa were professional and helpful in scheduling the work and notifying us just before the plumber(s) arrival on the day of the repair. John and Smith repaired the shower control (the issue that had been diagnosed by the other company). After the repair, we found that hot water continued to be intermittent... The following is what impressed us: John and Smith returned same day to further check temperatures existing at the boiler, a sink fixture, as a consistent temp, but fluctuated over a short period of time. (Time to call the boiler company again...)

I'm sure many of you can relate, but every so often, water heaters fail.. and ours happened today. We found Baker Elman based on reviews here and by word of mouth, and gave a call. Within minutes, we had a quote and guidance from Lisa, and within hours we had the installation completed by a very professional and efficient team. We didn't expect such fast service given the fact that they had such little notice and they were packed already with appointments. When I sent an email thanking them, Lisa responded with "You’re welcome! We try hard especially when people have no hot water or heat!!" That is very true!

I was completely satisfied. Quick service, and the tech was friendly, responsive and professional. When I initially called with my problem, they were completely honest with me, that was the contributing factor to go with them. I will most definitely employ them with all my future needs!

The plumber was very professional and efficient. He removed our old garbage disposal and installed a new one in approx. 30 min.

They arrived on time, were informative, polite, and professional. Would definitely use them again and recommend them

Work was done very professionally. Baker-Ulman plumbers came on time and got the job done efficiently. They were very neat and cleaned up after the job. I would not hesitate to hire them again.

Description of Work
Replace bath vanity and fix outside spigot.

I'm very pleased. Problem solved. Our plumber was efficient, professional and clearly explained the issues he encountered. Thanks.

Installation went very well and the price was reasonable. I would use their services again as well as recommend them to others.

Great! The plumber came when he said he would, was very nice and friendly, and cleared my drain in a jiffy!

Description of Work
I needed my shower drain cleared

Baker came with a team of two people. Seems like certified electrician and an apprentice. I had them come twice, the first time to put a new water wire into the fridge and then the second time to fix a leaking nozzle in the tub that was causing water into basement. They do good work, are efficient and know what they are doing. Was satisfied both times with end result. Only downside is that when they do send two people for what seems like a job for one person, you end up paying for the apprentice as well, so job can get expensive very quickly.

I rarely write reviews, but I had such an amazing experience with Baker Elman Plumbing that I had to express my gratitude and share my experience with the public. From the initial estimate visit to the final installation day, I have had nothing but positive experiences with both the office staff and the plumber's on-site. They clearly value their customers and will try to do anything to make for a positive experience. Lisa at the office was incredibly communicative and really made the impossible happen when I experienced a scheduling delay/mishap on my end. The plumbers themselves were timely, professional, polite, highly skilled, and attentive to make sure everything was working properly. Their pricing was very reasonable as well! I will be recommending all of my friends and family to Baker Elman in the future, along with ourselves for any future plumbing work. Thank you Baker Elman for 5 star service!

Description of Work
Installation of Faucet

I just bought a house and the water heater started leakning. Baker Elman was very responsive to my initial phone call and looked up in their records to discover that it was still under warranty. They replaced it the same day for labor-only charges of about $900.

The plumbers showed up very quickly and fixed the problem parts right away. I am just a little surprise that they don't carry common parts like a washer with them. They spent a lot of time trying to find one in their tool box but failed. They used tape instead, which works okay. So for "Quality", I want to give a A-. Since there is no A-, I give them an "A" for encouragement.

An overall great experience in less than 2 days all my plumbing related problems were repaired. Crew was totally professional and responded quickly. I will definitely use again for my plumbing needs.

They did a good job. Thoroughly completed - just a miss communication on the pricing. They had an apprentice there and was not an advantage for me.