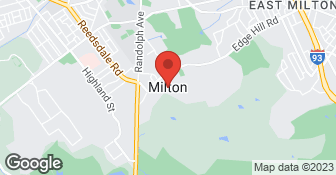 We are a professional Heating, Air Conditioning and Electrical service company. We offer discounts to Senior Citizens and Military. Special promotions throughout the year - visit our website. We accept all Credit Cards including American Express and PayPal which allows you 6 months to pay. Additional email: info@ATCOHVAC.com....

Setup an appointment for an estimate. He did not show up or call. Tried calling him, he did not answer or call back

Two different occasions. 1) We have 3 outside condenser units for our whole house HVAC systems and one of the condenser was not blowing cold air. We suspected coolant level was low. Mark came out the same day we called and he was very professional and prompt. Filled up the coolant gas and check the unit for us. Service was great. It was little more expensive than we would have liked. 2) Another of outside condenser unit stop working. Mark came out promptly when we called him. He informed us that the compressor was dead and the unit being 8 years old, there were no more parts for it. So he suggested getting a new unit (Trane XL16I - 4 ton) to replace the old unit. He also identified a problem that we were unaware. It appears the old condenser unit was 5 ton but our airhandler/furnace is only 4 ton. So, we could have had a problem with our furnace as well. So, Mark was again very professional and provided us with a quote for the new condenser unit the same afternoon. We accepted it and he was out at our home installing the unit two days later. Again, Mark and his man arrived timely. It took all day to remove/replace all condenser and coils with the new Trane condenser & coils. Little more than we would have loved to pay but as the saying goes "you get what you paid for". I am sure Mark will be there for us if we have any issues with the unit.

After several attempts, I managed to schedule a morning appointment. It was cancelled by a text message sent a couple of hours in advance (because it was less than 70o outside). We rescheduled. No one showed up for the new appointment, and I spent an hour waiting and leaving unanswered messages. Couple of days later I inquired via Angie's List messaging if ATCO HVAC had any comments. In kind of response, they emailed me twice in the course of 10 days that they would come, but all my follow-ups (such as “It would be fine. What time can you come?”) received no replies. I don’t have a reason not to trust the good reviews about this company's technical skills, but its staff clearly lacks responsibility, an essential part of professionalism.

He is Dependable, Professional, Reliable, tech savvy and always there when we need him!

Description of Work
Replaced the Heating and Air Conditioning System in one our stores. Mark has been servicing our systems along with our refrigeration units for the past 16 years. Being in the Ice Cream business, we rely heavily on our AC!

It went great! KushKone Ice Cream will continue to use Mark and ATCO for all of our Air Conditioning, Heating and Refrigeration needs!

Description of Work
Mark just replaced one of our furnaces and has been maintaining our air conditioning, refrigeration and heating systems for many years. Being in the food service (Ice Cream) business we need someone reliable, dependable and professional. Mark is definitely that! He is competent, a great trouble shooter, and always there when we need him.

It couldn't have gone any better. It was a very difficult job because the house was built in the 1920's, so it was obviously all finished. It was forced hot water baseboard originally, but I prefer forced hot air with Central AC. I thought the damage to the walls and floors was going to be excessive, but Mark (from ATCO HVAC) made the smallest amount of damage possible. He engineered the whole job, laying out where the supply and return vents needed to be located, and he worked with me around where I planned on putting furniture that would have blocked some vent locations. He installed a brand new heating system, and I was afraid that it would have to go right in the middle of the basement, but Mark worked with me to put the heating system somewhere out of the way where it could still work for him. He also custom made all of the ductwork to fit where it had to. He even went a step beyond, and used different size low profile ducts in my extremely low basement ceiling, so we didn't have to duck when we went down there. This made it much more difficult for him, but much better for us. The best part of the whole experience was Mark from ATCO's attitude. No matter how difficult everything got, and how many unforeseen slight changes that had to made, due to unavoidable construction of the house, he never lost his temper, got aggravated or angry. He always had a smile on his face, and was an absolute pleasure to deal with. The whole project was stressful enough for me, but it could have been a much worse experience if Mark didn't have such a pleasant demeanor, and wasn't so even tempered. Atco could have also come back to me and said that the work was much more difficult than he was able to see on the walk through and tried to get extra money out of me, but he stuck to his quote, and kept his great attitude throughout the entire project. Mark was also very trustworthy. I didn't worry about leaving him in my house by himself while I went off to work. I could not have asked for a more pleasurable experience, especially with how difficult the job was. I will use ATCO HVAC for all of my future work, WITHOUT A DOUBT because not only did everything work perfectly when Mark was done, but everything looked great too, even in the basement where some guys might not take as much care. As an added bonus, he was also by far the lowest quote. I can't say enough good things. I HIGHLY RECOMMEND ATCO HVAC.

Description of Work
Installed an entire heating and A/c system from scratch, including all ductwork, in an already finished in house.

It went very well. He's a great guy and does great work.

Provider installed equipment and was professional and courteous.

Did a great job to replace my furnance.

HVAC install & service We guarantee your satisfaction, and we won’t leave until the job is done right. We pride ourselves on the quality work we provide, while delivering great customer service. Check out our services offered and call or click to schedule an estimate today!  …

Specializing in electrical small projects. Quality craftmanship. Owner-operated, established 2008. We guarantee your satisfaction, and we won’t leave until the job is done right. We pride ourselves on the quality work we provide, while delivering great customer service! Check out all the services we offer below and call -or- click to schedule a free estimate today!  …

How is ATCO HVAC overall rated?

ATCO HVAC is currently rated 4.8 overall out of 5.

What days are ATCO HVAC open?

Are warranties offered by ATCO HVAC?

What services does ATCO HVAC offer?

Are there any services ATCO HVAC does not offer?