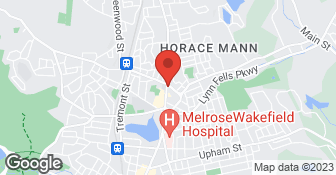 Good communication, good work, and at a fair price.

Dave and his guys did a great job. They came exactly on time to remove 2 rugs. The rugs were cleaned, and the frayed edges were repaired. They showed up exactly on time to replace the rugs. The rugs look great, and the repairs came out perfect. They took such care replacing the furniture in exactly the right spot. They measured and remasured until every piece was placed perfectly. I'm very detail-oriented, and Dave and his crew stayed until I was 100% satisfied. Dave is also very pleasant to deal with.

Description of Work
Cleaning and repair of oriental rugs

Great! Rugs came out in good shape, no color runs (easy to do in Orientals...), and looked wonderful when we picked them up! Second round of rug cleanings that we had done, both went very well. David has a very good eye for spotting problems. Repairs were done by his dad in the shop on two rugs to stabilize ends and came out very well also. Have another rug to take over in a week or two.

Description of Work
Cleaned several Oriental carpets for us

Went to a lot of trouble to replace damaged areas with similar-appearing patches from old fragments of rugs that he kept on hand for such tasks.

They are the best for cleaning and care of our Oriental Rugs. I first found them (on Angie's List) when we lived in MA and I worked in the Boston area. We now live in Southern Maine and continue to use them. Excellent service and prices. Highly recommend them!

Description of Work
Cleaning and repair of Oriental rugs

I have multiple oriental rugs, from family heirlooms to rugs I bought from Melrose. Every service Dave and company have rendered, including cleaning, moth damage repair, and fringe replacement, has been done on time and at the price agreed. The pricing is fair, and Dave will tell you how noticeable the repair is likely to be before you sign the sales agreement. Drop off or delivery options are flexible. I love this place and recommend Melrose to anyone who asks.

It was a pleasure. I was moving, so David came to the house and picked up all the rugs from the original location, cleaned and moth proofed them and delivered to my new home. I also got lessons on their values and good advice on where to place them. I heartily recommend.

Splendidly - I live in Acton but gladly drive to 40 plus minutes to use Melrose Oriental Rug.

Description of Work
Did EXCEPTIONAL job in both cleaning and repairing my antiques oriental rugs!

We had a large, mostly white, oriental rug which was being attacked by moths and which we allowed to get to a very bad state, partly because we weren't sure we could afford the cleaning and repair it needed. Dave Mouradian came to our house, carefully examined the rug and said he could get it cleaned and repaired if he could have it for several weeks to clean, moth-proof and send out to a repair specialist. He carefully described the extent of the repairs he thought were feasible and quoted us a very reasonable price given the size of the rug and the amount of work needed. We also had him take two smaller old family heirloom orientals for cleaning and less extensive repairs. It took a little longer to get the rugs back than he had originally estimated, but his repair person did more work on the rug than originally anticipated for no additional charge. We have had the rug back for more than a year now. The moths have not come back and the repairs have held up extremely well. I can say without equivocation that this was the best repair/customer service experience we've ever had. We were so impressed that when we read that David's father had died, we sent a memorial donation [even though we had never met] him to acknowledge the remarkable integrity and conscientiousness he had apparently instilled in his son.

Description of Work
De-mothing and repair of large Oriental rug.

We specialize in all phases of carpeting sales & installation, and more! We guarantee your satisfaction, and we won’t leave until the job is done right. We pride ourselves on the quality work we provide, while delivering great customer service! Check out all the services we offer below and call -or- click to schedule a free estimate today!  …

Professional flooring installation. We are a family team of three. We have been in the business for almost 20 years. We have also been a sub contractor for many major flooring companies. If you want great quality for less than the cost of other flooring companies, please give us a call. Our work is professional and we like to work with the customer. Our goal is to make your flooring last and look new. We also take pride in making our customers happy. Please give us a call. You can reach Gabriel at 781-759-2442 or email camposflooring@outlook.com  …

We are a family owned and operated Housecleaning company out of Brighton, MA. We strive daily to provide the highest quality of service and customer satisfaction. We specialize in all aspects of indoor and outdoor cleaning, including floor cleaning. Our services include: Basic Housecleaning, Deep Housecleaning, Carpet Cleaning, Floor Polishing/Waxing, Pressure Washing, Window Cleaning, Move-In/Move-Out Cleaning, Post-Construction Cleaning and much more! Please contact us today to schedule an appointment! Also, we are able to do garage cleaning.  …

No, Melrose Oriental Rug Co Inc does not offer a senior discount.

No, Melrose Oriental Rug Co Inc does not offer warranties.