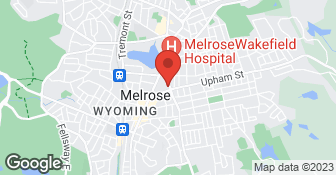 6 EMPLOYEES. NO SUBS. COST IS DETERMINED BY THE JOB. NO TRAVEL CHARGES. ASK ABOUT ANGIE'S LIST DISCOUNT. ...

This company was recommended to me by a few people in a local group, but I'm afraid I can't in good conscious recommend East Coast Paving to others. Our experience began well, but ended terribly. Pros: It was easy to book an estimate for a full driveway replacement, and when it came in, it was on the lower end. We had to wait a while for the job to start, but the East Coast Paving team showed up on time when scheduled. The crew was friendly and did the work requested. Cons: If they make a mistake, they will ghost you instead of fixing the issue. (Check out other reviews - this seems to be pretty common. Buyer beware.) We had told them that other than the cracks in our old driveway, the big issue was that it didn't drain. There were some large depressions in the old driveway causing major puddling. I specifically said grading and drainage were the two things most important to us. It rained soon after our driveway installation and there were two major puddles 1+ inches deep in the newly installed driveway. I reached out a few times to East Coast Paving, and when I finally got a response, they sent someone over to attempt to fix the issue manually. The guy blowtorched the asphalt and tried to flatten the depressions by tamping (leaving some rough edge marks in the process) but the depressions were too severe. A rep came by after that and said they'd need to put down another layer. That was no problem - we were willing to wait. First, they said it would be a couple of weeks. Weeks went by, then they said there was an illness in the family (which I understand). More weeks went by, and they said there'd been a death (which I also understand). Then Covid happened. They promised we'd be next on the list in spring. Spring came and went with no contact. I reached out and they said they'd throw in a free seal because we waited so long, but then ghosted me again. I gave them more and more time because life happens, but since then, East Coast Paving has stopped responding to emails, messages, etc. I decided to dig into more reviews and found that we're not the only customers this has happened to. One of the common themes you'll find is that there's a mistake and the company just stops responding. Now we're eventually going to have pay as much as we paid to East Coast paving for driveway resurfacing by another company, which is really disappointing. I don't recommend you take a risk on this company.

East Coast Paving did an excellent job on my driveway earning my highest recommendation for a service provider. Dylan and the crew showed up on time, were friendly and courteous, communicated everything clearly, and did a great job. They redid and extended my driveway in record time and left my yard cleaner than when they arrived. On top of that, when I asked for some modifications to be made, they understood and came back the NEXT MORNING and made the changes I’d requested. A highly expert, responsive, friendly, affordable, local, family-owned business that stands behind their work. What’s not to like? I’d use them again in a second.

Jessie and crew were amazing. The driveway came out beautiful and totally exceeded my expectations!

Very well. On time. Did an excellent job

Description of Work
They ripped up the old driveway (about 210 sq ft) and installed new gravel, three inches of asphalt and a topcoat. They completed the work in a day. They also removed a section of fence they agreed to move that was adjacent to the driveway. He also installed a curb and two bollards to protect my neighbor's house.

We called them for sealcoating late in the fall and they said the weather was too cold; they did come by and made a decent estimate. We called back in the spring and they said they would contact us when they could take us on. They did not call for weeks, and so I called back and they said to keep waiting. After four rounds of this I gave up. Then when I was on vacation, they called on a Monday and said they would be there to do the work on Wednesday -- all I needed to do was confirm. I called them back and said it would not work. I asked for a date a couple of weeks in the future and they said they could not do that -- we would get one or two days notice at best. I gave up -- totally unprofessional.

Description of Work
No services performed except an estimate. See the story.

Price is good. Everything went according to plan. End product was great. BUT, the company never pulled the necessary permit for the job. After I informed them of this, they never did it and never return any of my calls. Very bad followup.

East Coast was quick to respond to my request for an estimate. Bob spent time explaining the scope of the job and how he would approach it. I got four estimates and East Coast was considerably the lowest. The crew found many very large boulders under the existing driveway, which explained the problems we were having. They spent a day removing all this, regraded and prepared the base. The entire job was finished in two days and looks beautiful. I felt this company was honest and thorough.

Description of Work
EAST COAST PAVING excavated and totally rebuilt a large y shaped driveway which I share with my neighbor.

These guys were great. Explained and went over everthing with me. Came ontime and did a better job than I expected. They even used extra asphalt making my driveway thicker than usual as the load of asphalt they brought for the job was too much. My neighbors couldn't believe how thick they we laying this on. Update. One year later in cool October and it's starting to act a little funny? It's soft enough to punch gouges in with just the tip of a boot. Put a ladder up to do some painting and left deep marks. I've seal coated it in the spring and everything should be well hardened by now. Not sure why the asphalt is soft???

Description of Work
I had my driveway repaved, widened and made longer. Also repaved my basketball half court

We specialize in designing & installing backyard with state of-the- art Hardscapes, Landscapes & outdoor living, Outdoor kitchen, water feature, lighting & more. With over 20 years in Combined experience, hundreds of successful project completed and a range of fully satisfied customers over the years, we guarantee a TRUE PROFESSIONAL service for your all of your outdoor projects needs with us. FULL project management! Best rates! Full satisfaction guaranteed!  …

With more than 10 years of professional landscaping experience, we are here to address all your landscaping needs and dreams.  …

Stefano's Landscaping, located in Saugus, MA, is owned and operated by Greg Stefano, established in 2002, and incorporated in 2006. We pride ourselves on being a full-service landscape and construction company, serving both residential and commercial properties. Regardless of the size or complexity of each project, Stefano's excels at constructing environments noted for quality, and attention to detail. Projects are professionally designed, built, maintained and supervised by experienced management with a dedicated commitment to customer satisfaction. We provide only the highest quality products on all landscape and construction projects. When you choose Stefano’s Landscaping, you benefit from our extensive experience. Additional DBAs - Stefano's Landscaping Co, Stefano's Landscaping Greg Stefano. Stefano's Landscaping is a Belgard Authorized Contractor. We also belong to the following organizations, BBB, PLANET and SIMA. And are ICPI and NCMA certified.  …

Bonded
Insured
All statements concerning insurance, licenses, and bonds are informational only, and are self-reported. Since insurance, licenses and bonds can expire and can be cancelled, homeowners should always check such information for themselves.To find more licensing information for your state, visit our Find Licensing Requirements page.
General Information
Free Estimates
Yes
Eco-Friendly Accreditations
No
Payment Options
Check
Senior Discount
5%
Warranties
Ask for details

EAST COAST PAVING is currently rated 4.2 overall out of 5.

No, EAST COAST PAVING does not offer eco-friendly accreditations.

No, EAST COAST PAVING does not offer a senior discount.

No, EAST COAST PAVING does not offer warranties.