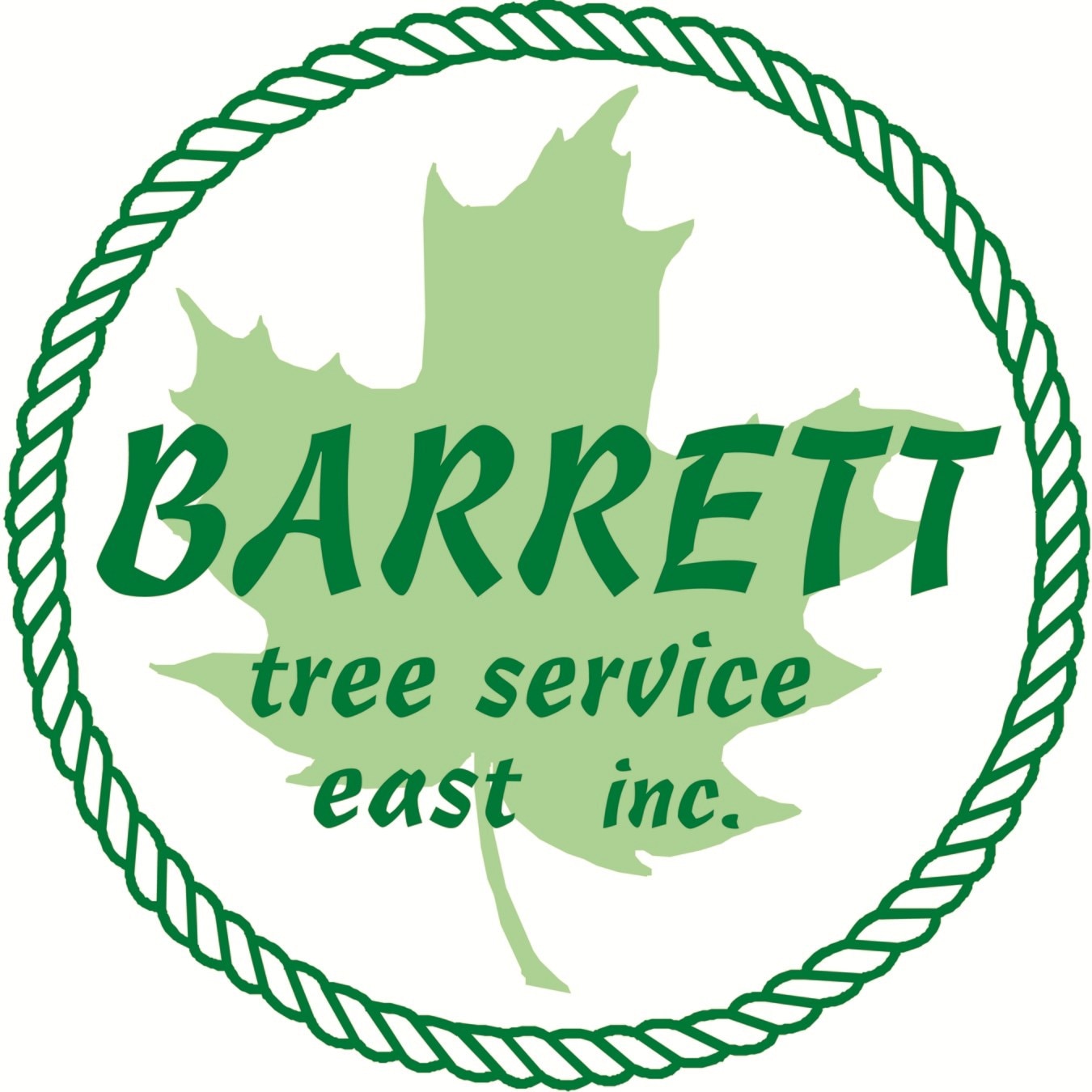 We are a full service tree care company accredited by the Tree Care Industry Association for adherence to ethical business practices and provision of quality services....

The Barrett crew is ah-maze-ing! From Keith the arborist who counseled us, to Mike the crane operator who threaded the needle to get the big machine into an incredibly tight space to Mike the crew chief who effectively managed a full day of multi-tasking to Liz and Isaac and Phil (I think? I’m sorry I missed introducing myself to him) wrangling those enormous branches like there was nothing to it — I couldn’t watch!!! Clean up was complete and ongoing as they worked their way through it all. I feel like there’s a big hole in the sky where the enormous but declining tree was — but I am truly relieved not to have to worry about the next big branch doing more than bouncing off the house like the last one. The peace of mind this professional team brought....priceless. Take a tree, plant a tree — or two or three. We will replace that tree after some fireside dreaming this winter.

The Barrett Tree Team is professional, knowledgeable and responds quickly. Following an early snowstorm, a number of branches on multiple trees cracked (but did not cleanly break), so I called Barrett to see if they could come to cut/remove the broken branches so they were no longer blocking the sidewalk and street. They came within in a few hours and cut away the cracked and broken branches and hauled them away. I also use Barrett for seasonal pruning and advice on existing trees. I highly recommend them.

Barrett Tree Service arrived on time , did an excellent job and perfectly cleaned up our yard before leaving. The price was very reasonable as well. You can hire them with total confidence.

Barrett Tree Service team is amazing. Very detail oriented, made sure to familiarize themselves with our site ahead of time and understand the challenge of a very narrow driveway and limited space we had to approach the trees that needed to be cut. The team arrived on time, they were very careful when backing in and out of the driveway, and ensured no incident or damage took place. Everything was executed flawlessly and we couldn't be happier. I strongly recommend these company.

Very well, exactly as planned Grounds were thoroughly cleaned after the work

Excellent work... They responded promptly, came to do the work soon after I phoned, pruned damage to nearby tree, and removed all the debris, leaving the driveway clean.

The service was excellent and thorough. The true was removed in timely fashion with care and concern for surrounding plants (it was bad enough to lose this tree). It helped that the price was the best we found, as well.

Description of Work
Had to have a massive ***** Willow whose roots were eating into my sewer lines removed.

It went efficiently and quickly. Crew also did an excellent clean-up job. I appreciate the tree expertise of this company.

It went very well. I was notified a day before as I requested. We live in the city, hard to find parking place. The technician drove several times to find a place. He did a thorough job, answered all my questions. Highly recommended.

Description of Work
Fertilize the maple tree in our back yard.

The vine has responded very well, as have the rhododendrons.

Description of Work
Pruning and fertilizing older concord grape vine and rhododendrons in an attempt to revitalize them.

Great. We create a plan at the beginning of the spring season, and then the applications simply happen during the course of summer and fall.

Description of Work
Barrett maintains the trees on my property. This visit was for an application of root fertilizer.

The work on the tree was good. No complaints about that specific service, however based on their customer services and other services, I will never use Barrett’s again. During the same tree service they were supposed to prune back two bushes, and it looked as if they did not. I called, and they said they would send someone to check it out. They agreed that the bushes were not actually done. They said they would let me know when they would come back. I came home one day to Barrett’s in my backyard (without notifying me of the timing), one bush was basically gone and the second was cut in half. I called to find out what happened, the initial woman apologized and said someone would get back to me. I heard nothing for a month until someone called for me to render payment. I said I would pay when someone explained what had happened. They said they arborist specialist would call to discuss what happened. 2 months later, I was again called about rendering payment, after expressing my frustration with the service again, I was told the same thing, that someone would call. This time, they did, they felt the services were fine and that the bushes would grow bsck (one has, one has not). They offered no apology for showing up without asking (my roommate and I are both nurses that work night shift) nor an apology on their delayed customer service. I do not recommend their services and will not be using them again.

The three workers came on time and worked without stop until the job was finished. I watched while they took down a very large leading trunk. Their work was careful and thorough. They checked with me before they left to make sure I was satisfied.

Super smooth, the crew of 4 were very punctual and hard working, took care of setting up Including removable of all patio furnitures and planters and clean up. No mass. Nor debris left over after work. My yard looks super now with more lights and water for my plants and lawn. My neighbors kids were awes by arborists in trees.

I have retained Barrett Tree East twice: once to do extensive tree pruning and more recently to remove old, declining trees, incl. stumps, in a hedge and replacing them with new ones. Both times, the crew was absolutely professional: knowledgeable, skillful, careful and courteous. I especially commend Keith Bernard, a Certified Arborist, for his recommendations and knowledge. Each time I communicate with him, I learn something new about trees and their needs. I highly recommend this company. ,

I can’t say enough good things about this business. They were on time for the estimate and the day that the work was done. They were polite and professional.

Description of Work
I had a large tree that needed to be pruned and cut back.

I live on a very small street in JP which I thought would really create some logistical problems and I was concerned my neighbors would lose patience, but Barrett handled it without any problems. The arborist who did the initial estimate was very responsive to questions. The crew that showed up to do the work was terrific. They were total pros -- they were very safety conscious, they showed up on time and did what I expected, they were courteous and did a great job. They hired a police detail to handle the traffic and that all worked out fine. I am really happy with the work they did.

It was about a day and a half worth of work for a 4 man crew in summer heat. They had to do a bunch of climbing high up to get at these branches. They prepared well, setting up permit cones in the on-street parking area and laid out tarps over decking and grass. They were all polite professionals treating us and our neighbors with respect. They asked for nothing. But we gavet hem free access to our bathroom and they used it only hesitantly. This was the second time we've hired Barrett and we would happily do so again.

The team was very professional and responsive, and it was very impressive to watch them wrangle massive pieces of tree. Barrett communicated well throughout, and rescheduled our appointment very promptly when the tree came down and the work became more urgent. They also managed contact with the town arborist to trim our street tree, which made things very easy.

Description of Work
We had initially contacted them to trim a large (~80' high) tree in our back yard, but the tree came down in a storm before the work was actually done, so they removed it for us.

Initial review and estimate was highly professional and confidence-inspiring. These people really understand trees, and are skilled, smart, thoughtful, and efficient. This was a difficult job in a tight space, and the trees hung over three neighboring yards. No chance to use buckets, just climbing. The thinning of the upper branches and removal of large limbs has improved the shape of the trees, and let in more light, while pulling the trees back from roofs. The climbers really thought about what they were doing and understood what makes for an attractive and healthy tree. Branches were lowered without causing damage. Cleanup was thorough. The whole team was courteous and thoughtful. Minor damage to a window screen was immediately repaired.

Description of Work
Trimming, wiring, and removal of dead limbs on two very tall mature maples in narrow side yard in urban setting. All done by climbing.

Very well, they did a fantastic job!