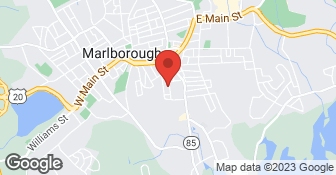 Welcome to Ultimate Construction, Metro West and Greater Boston’s first choice for room additions, kitchen and bath remodels, basement build outs, sunrooms, and more. At Ultimate Construction, we pride ourselves on being much more than just a residential remodeler; we are your lifestyle improvement specialists that put your mind at ease. Our objective is to make your home a haven for the lifestyle you desire....

Stephen was very responsive and was very good to work with. Our basement came out awesome. We had some hiccups on schedule, but we worked it through. Typically wasn't his mistakes but his subcontractors or suppliers that delayed some work. Overall, we are very happy with him and his guys. He kept me informed for the most part. His price was competitive and changes in scope were handled well and fairly.

Stephen is a great contractor! His quality of work is outstanding and the contractors that he works with are equally outstanding. I would highly recommend him for any project you have!

Stephen responded promptly to initial request on 9/15. The first meeting on 9/20 went well and we were promised a quote in 3 or 4 days. After waiting a week, I sent an email to see what was the status of the quote. I did not get a response. I have sent another email on 10/5 to see if there was still interest in the project. I did received the quote later that day. The quote looked competitive and I have emailed on 10/11 with a couple follow up questions. I got no response. I have emailed again on 10/15 with no response as of 10/18. Obviously, I would not recommend this company.

Description of Work
We were looking to finish the ceiling in the basement.

Stephen was very professional, and so were his helpers and contractors. He provided a detailed estimate of the work including framing, insulation, plaster, electrical, plumbing, heating and AC, flooring, doors and windows, trim, and painting, which was helpful for us to have a better idea of the overall budget needed. The estimate included allowances for items such as flooring, plumbing and lighting, and actual payments were adjusted based on the actual costs of these items. We did chose to buy some items through Stephen as he was kind enough to pass on his contractor discounts to us. He was also very helpful in the design of the basement plan and proposed a layout that was better than our original plan, which enabled to get a great functionality of the bathroom and the laundry room, while minimizing the space taken from the play area. He came up with nice arrangements to hide the heating duct and the foundation wall (creating a seating bench and a shelf). When we told him that our son planned a party with his friends in the basement, he worked late hours during the week and during the week-end prior to the party to make sure the basement could accommodate the party on time. He also helped us in the set up of the media room and the house network, and made sure the different video game platforms are running properly, which earned high points with the kids :) The basement is now looking great, and became everyone's favorite place in the house.. Overall, we found Stephen very conscientious about his work, reliable, honest, attentive to our questions and requests, and pleasant to interact with. We kept a continuous communication with him throughout the course of the work, and we really liked how he kept us informed about the work progress all along. During and after this work, we had several remodeling and repairs in other parts of the house, which he did for us in a timely manner. We will be definitely calling him again for future house needs. An overall excellent experience. Thank you Stephen!

Description of Work
Stephan finished our basement to create a bedroom, a media room, a play area a laundry room, and a bathroom.

Everything went well. Stephen pays attention to details and made sure everything was done well.

Description of Work
Stephen remodeled a bathroom and a powder room for us. His work was good, he had good ideas, and he was helpful in sending me to the right places for tile etc.

excellent - first class quality, exactly on budget and in line with original quote (which was very detailed, unlike other contractors)., and completed on time as well. By far our best experience with remodeling contractors.

Stephen came to our house with his plumber, electrician, and plasterer to get a detailed description of how we wanted to finish our basement. After asking several questions about the specifics of the job he presented us with a proposal. After accepting the proposal we signed a contract that gave all the details of the job and payment schedule, thereby insuring that there would be no "surprises" upon completion. He quickly began to frame the basement and drill for the ejector pump needed for the bathroom plumbing. He always called ahead to keep me informed of who would be arriving and when. He and his subcontractors always cleaned up after their days work and were always polite and professional. They always made sure were all on the same page and made suggestions as to how we could get the best use out of our space and also clarified all details with me as the project developed. They worked in a timely fashion and got the job completed on time with a very high standard of quality. Several people, including the town inspectors and painters commented on how good a job Stehpen and his subcontractors did. Upon completion Stephen made sure we were happy with the job before presenting us with the final bill. Because the proposal was so accurate there were no surprises. We will be using Ultimate Construction Company again in the future.

"We are a company of home improvement that aims to offer a good service with a good price. Our commitment with quality has more than 14 years. We guarantee our services with a 3 years warranty and we are fully insured to serve you better. Our goal is to make your life simple letting you feel that you can count on us when the question is renovation."  …

We are a Full Service Remodeling Co. 20 plus years exp. From Large jobs to small repairs we are your one stop for all home improvement needs. Licensed and insured. We build relationships.  …

ADDED in 2019: Home Cleaning Services - please see our coupon for special prices for Angie's List members. Our business serves Boston area in all carpentry services, kitchen, bathroom and painting and now also CLEANING. We have a group of high efficient, very experienced carpenters, kitchen/bathrooms specialists, painters and lady cleaners. We are licensed by the state of MA (CSL: Construction Supervisor's License) and fully insured. Great references are available on our Angie's List website as well as our grades. WE ARE A GRADE A BUSINESS!! Just call for free estimates. CLEANING services are also insured and estimates are local and also free.  …

Ultimate Construction Company is currently rated 4.8 overall out of 5.

No, Ultimate Construction Company does not offer a senior discount.

Are there any services Ultimate Construction Company does not offer?