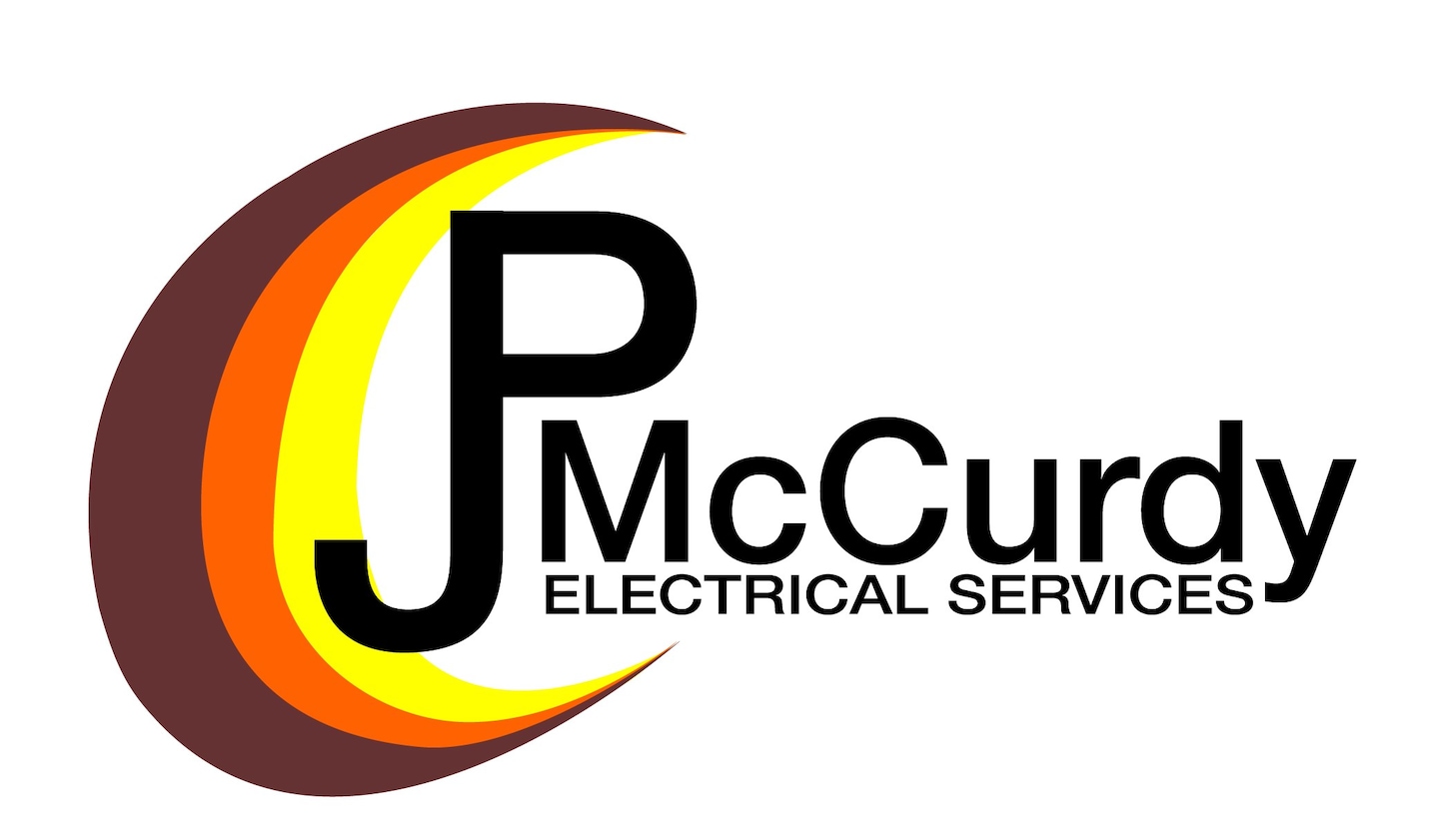 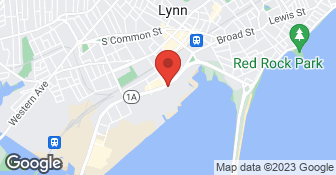 We are your solution to everything electrical! From your everyday electrical construction and repair items, to design of a complete integrated home system from the ground up and more! McCurdy Electric - call for peace of mind - we'll do the rest. Our trained and certified team of Electricians bring many years of experience to meet every one of your electrical projects. We stay ahead of the curve when it comes to custom installation and design of specialty electronic items; such as generator systems, smart home technology, advanced lighting control, Audio/Video, alarm, video surveillance, and much more. We can help you with all of your Electrical needs and we have the track record to back it up. Please visit our website at www.McCurdyElectric.com for more information. Call for Peace of Mind. We'll Do the Rest....

McCurdy Electric taught us a very important but very expensive lesson -- TO GET EVERYTHING IN WRITING!!!!! We hired McCurdy late last year to make sure we didn't have Knob and Tube Wiring in our old three-decker building. As they were looking for K&T they did something to the wiring to our heating system (why??) that resulted in our losing heat in the middle of winter. Long story short, they were unable or unwilling to fix this and so we needed to pay the people who deliver our oil to take care of this, to rewire the furnace. This issue altogether cost us about $1,000. McCurdy refused to help pay for this -- or to make an insurance claim. They said the furnace wiring already was a mess when they were looking at it. Then, after the inspection, it took months for them to send a letter saying we don't have knob and tube. I must have called or wrote 20 times. Perhaps more. So very time consuming. So if you go with McCurdy, or any other electrician for that matter, you need to get your expectations for a project put in writing and signed. (W/O a letter, if insurance or whomever is asking about k&t, we would have to had it done all over again.) So spell out by when you want something done. McCurdy would probably have not bothered to send us a letter about our k&t if I hadn't spent weeks nagging them. Also extremely important: have the electrician put in writing that if something goes wrong -- if they mess up something -- they either will fix it or pay for it to be fixed. What we spent fixing the damage to our wiring was brutally hurtful at a time when I was counting every dollar and going to ridiculous lengths to save a few dollars. So this was horrible.

From the start, everyone at McCurdy was professional, pleasant to deal with, and knowledgeable. Jack McCurdy himself came to assess the job and prepare estimates. Before the electricians arrived, we received several reminders and confirmations. The electricians were really nice guys and extremely talented, installing new wiring from the basement to rooms on all three floors with minimal damage to walls and ceilings. They cleaned up at the end of each day as if they hadn't even been here and completed the job surprisingly fast. Doing any work on a house is expensive these days, but it's all worth it when a company does exactly what they say they're going to do. JP McCurdy Electrical Services is a first-class organization and I would recommend them without hesitation to anyone looking for quality electrical work.

We highly recommend J.P. McCurdy Electrical Services. We hired this exceptional shop to replace all the old knob and tube wiring (along with switching out a number of light fixtures and installing several ceiling fans) in our 120-year-old Victorian home – a challenging job that a couple of other electricians didn’t feel confident undertaking. Owner Jack McCurdy personally came to size up the job and give us a detailed estimate, and his professionalism, courtesy and extensive knowledge sold us. What was originally thought to be a two-week job was finished in six working days as foreman Joe Costain efficiently deployed his crew and brought in a second crew on a few days to expedite the work. Joe was great at communicating what kind of activity we could expect day-to-day, especially as both my wife and I are working from home fulltime during the COVID pandemic. He and the crew checked in frequently on our preferences, minimized the number of holes in the ceilings and walls (including avoiding harming our wallpaper in a couple of rooms altogether), and cleaned up well at the end of every day. Jack’s estimate was competitive and the final accounting accurately included the additions and subtractions we agreed to during the job. We feel so much better that we’ve finally eliminated the risky knob and tube wiring and updated the entire house’s electrical system. McCurdy is a full-service shop that does all kinds of electrical work – if you want a trustworthy and capable electrician, give Jack a call!

Description of Work
Replacing all of our knob and tube wiring in our historical home.

Awesome, Derek was the nicest and most polite person. He did outstanding work, asked if I had any questions along the way. I thought it was nice that he brought up the guarantee on any work he has completed. These folks are now my preferred electricians. This has been my second time using them. A+

Thank you for taking the time to post a review [Member Name Removed]! It was a pleasure working with you.
5.0

All fire sensors replaced. Done to our satisfaction.

Thank you for taking the time to post a review [Member Name Removed], we appreciate it. It was a pleasure working with you.
5.0

McCurdy Electrical Services was on-time, performed the work quickly, and were extremely courteous. I would definitely hire them again.

Thank you for your review [Member Name Removed], we appreciate it. It was a pleasure working with you!
5.0

Great work. They were on-time, explained what they were doing and cleaned everything up after.

Description of Work
Install of a ceiling fan and mounting it

Thank you for your review [Member Name Removed], it is greatly appreciated. It was a pleasure working with you!
2.0

I had an outdoor outlet that would spring when it rained, so McCurdy’s Deal for an “outdoor GFCI outlet, and weatherproof cable within 25’ of an exciting circuit” for $125-- was perfect A nice fellow arrived (on time), but said he did not have a double plug box (like I had) in his van (of electrical parts). So we waited a half hour for the office to get back that a double box would be an extra + $58 (about 3 times the difference online). Then we discussed the “25’ of new wiring” the Deal promised. Although the circuit box was on the other side of the wall and the wiring went to it through a wide metal tube, it was supposedly “too difficult” to run new wiring. And for some reason, re-attaching the existing wire going to walk lights was also a big deal. So I reluctantly agreed to not having any new wiring, and the guy left to get a double plug 2 miles away. By the time he returned, it was an hour and half after arriving. It took him 15 minutes to attach the existing wires to new plugs (using the the old box!) & putting on a new hood. He called the office again waited in his truck. Finally, the office called- $258.—over double the price and I got neither a “NEW box” or “NEW wiring”—just new plugs & a new cover. I would’ve expected to be charged more if I’d gotten new wiring, not just re-attaching existing wiring to new plugs. And I would’ve expected to be charged more for a NEW box, than just a NEW cover, but that wasn't how she saw it. She said I owed for the extra time, but the Electrician only spent 15 minutes doing electrical work-- and the rest waiting for the 'office to call back', discussing why I couldn’t have the “new wiring” that was part of the Deal, and for his not having a double box cover in his truck. Go figure I just checked out my past reviews and saw that several years back I did another deal with them and that time, too, the electrician was great and the work was great-- the only problem was the ‘office’ woman demanded a pricey cost for the half hour we spent discussing an estimate for replacing the whole fuse box! In both cases, McCurdy would’ve gotten more business from me if it wasn’t for the cheapskate in the ‘office’ charging for time that most professionals would not

Description of Work
"Deal" for an outdoor for $125

We are sorry that you didn't understand the deal you purchased. Both our Licensed Journeyman Electrician and our Office Manager of 35 + years experience tried to explain the deal to you as the work was taking place. We tried to satisfy your needs the best we could, but you were so resilient and ignored our attempts with offers to please you. As explained to you, the electrical receptacle outlet that you requested to be modified has additional circuits connecting and spliced together within the weatherproof outlet box that supplies power to your landscape lighting circuit with raceway piping. It does not resemble the picture of the deal nor the description of the work required of the deal that is offered. Your application is very unusual requiring parts that are not commonly stocked within our warehouse on wheels. We will certainly provide the service to repair the equipment but not at the price of the deal that does not apply. Because you are an Angie's List member we always give a discounted labor rate as we do with all members.
5.0

Our electric range required replacement and we also replaced the old three wire circuit with the current four wire standard, a demanding job. McCurdy Electric was the most responsive of the people we called in order to get the job done to suit our need and performed to perfection. Jose kept his promise to get it done within two days and assured that the new stove was up and running taking the time to review its novel features. Judy was following up by calling us to assure that she is there to support. McCurdy Electric people take a definite interest in their customer needs and establish a lasting relationship. Robert, Marblehead

Happy with the service. Communicated, was on time and did a good job.

Are there any services JP McCurdy Electrical Services Inc does not offer?