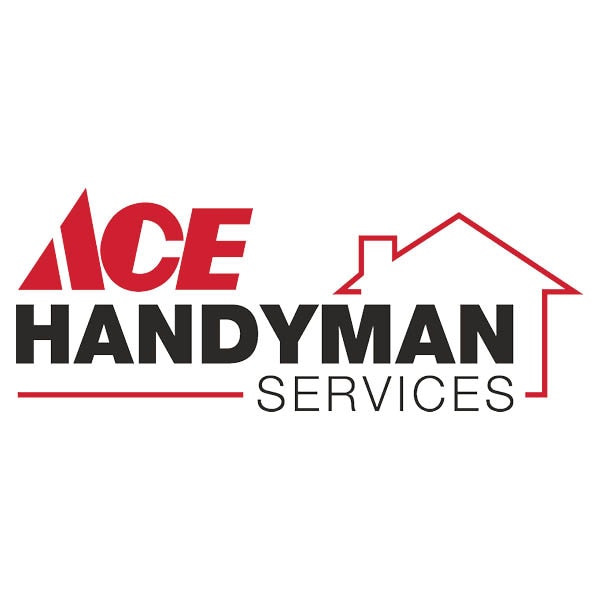 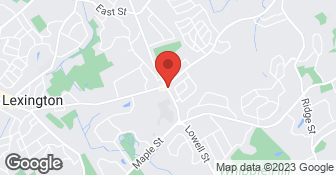 $100 Credit Toward Decks or Porches…

The carpenter, AJ, did a fantastic job. We needed a dryer vent put in the basement and a countertop removed to make space for a new washer/dryer. He made sure that we knew exactly what could be done and made sure the job was done to our satisfaction. He cleaned up the area after he was finished.

Thank you for your business and kind review! We are thrilled that AJ was able to help with your project and look forward to working for you again!
1.0

I contacted them through Angi. "They" sent me a text message but didn't identify who was sending the text message. I called during business hours and reached their answering service and left a message. No one returned my call. I called again 4 days later and left a voice mail. I never heard back from them.

I am sorry you had problems connecting with us. Our office was a bit short staffed late last year to COVID exposures. If there is something we can still help you with, please reach out, we'd be happy to help!
5.0

Bob Samson was fantastic! He was professional, responsible and made sure the job was executed on time. I would hire him again for any future projects.

Thank you for your business and kind review. It was a pleasure working with you.
2.0

I would not recommend this location of ACE handyman. The owner/manager was quick with excuses and BS any time there was an issue. He quoted a price for two jobs- installing a new vanity and floor/tile. He never got back to me. After getting a plumber to install the vanity, I contacted him again about the floor. He claimed to have confused me with another person of similar name. (Even if such person existed, they wouldn't have needed the same, specific job done.) Finally, he sent a guy to do the job, which was perfectly adequate--what a handyman, rather than a trained flooring or bathroom professional, would do. He then sent an invoice for twice the quoted amount even though it was half the job I was quoted for originally, with a incorrect tally of hours and a suspiciously exact $200 charge for 'supplies'. When I clarified that he was charging me for supplies I had given the worker, he claimed the charge was actually for *other* supplies. He did not offer a breakdown of prices. As for the hours charged, he said I was wrong, and further claimed he always charged $100 an hour for employees to leave a job for three hours. At one point the employee broke a part on my newly installed, with all new plumbing, vanity, and I was charged $150 for him to drive to Home Depot for a replacement. We've used many tradesmen in our condo renovation and this is the single most shady outfit I have encountered. You can find great handymen on taskrabbit with guarantees on quotes and work. Do not use these guys.

Every facet of the process working with Ace Handy Services was excellent, from first contact through completion. Moreover, TJ, our handyman, was thorough, considerate, and did great work. I highly recommend this company to others!

Thank you for your business and kind review. I am glad that we were able to repair your stairs for you. We look forward to working with again.
5.0

While he was very nice and kind, he let me know after about an hour and a half the project was not in his scope of expertise, I received a bill for two hours for just taking the old one down, which was a little disappointing.

Description of Work
I got a new one to replace the old one - I have it ready to be out up.

[Member Name Removed], It appears that you posted this review for the wrong Ace Handyman Services office. We are the Greater Boston location, most likely you were serviced by the Rhode Island office.
4.0

Great work, but he didn't have the needed anchors, and had to buy them. However, he didn't charge for the extra time.

Great communication, on time for scheduling and completion, very professional,

Description of Work
Decking for shed

From start to finish, Ace was professional, courteous, and communicative. They quickly responded to my inquiry, scheduled the appointment promptly, and in performing the service were very conscientious when observing social distancing guidelines. They did exactly what I needed and the quality of the work is excellent. A terrific experience and I will happily work with them again!

He was very honest and told me my windows were in great shape. Cost him a job! Very kind, prompt, and professional.

Bob came out to look at the jobs to be done. Bob told me he send me a e-mail. He never did. It's as ben two weeks now, I don't think he's going to respond.

I apologize that you did not receive your Estimate when it was e-mailed to you the first time. I apparently missed the dot in your e-mail address. You should have your estimate now. A phone call or e-mail to the office would have alerted me to the issue and allowed me to resolve it quicker for you. Thank you for your consideration.
5.0

They showed up as promised and completed the task correctly.

Thank you for your business, please let me know if we can be of any further service.
5.0

Handyman Matters did a great job, knocked off a bunch of things on our list before we moved into our new place. And on top of it all, after getting several quotes, they were very budget friendly, but I don't feel that they skimped on doing quality work. I look forward to working with them again, for sure.

Thank you for your business and kind review, we appreciate it! I am glad that we were able to help get your new home ready for you. We look forward to working for you again.
5.0

Thank you for your business and kind review. I am happy that we were able to make your stairs more accessible.
5.0

The handyman was professional. He completed the job in the stipulated amount of time.

Thank you for your business, it was a pleasure working for you.
5.0

Great. Less time than expected, everything done well and quickly.

This was a challenging job. Our 70+ year old stairs had become literally too steep and dangerous. Bob came for a first visit, and ultimately had Tom, his carpenter come and do the job. In order to make the stairs actually usable, after much assessment and measuring, Tom demolished the old stairs, and did a first mock-up. After adjustments were made to meet our needs, he built much stronger, perfectly suited stairs with an additional handrail on the outer side. Tom even came back to replace a piece of wood that had split after a couple of weeks. We couldn’t be more pleased, and now my wife can go down and up without fear!

Scott was communicative and did a quality job.

Thank you for your business, it was our pleasure to help.
5.0

We have used Handyman Matters three times now. Bob and Michael are extremely professional, responsive, and have a great breadth and depth of knowledge. Most importantly, they have very honest pricing and took special attention to keep doors for our pets. Highly recommend

Thank you for your on-going business and very kind words. We look forward to continuing our relationship into the future.
1.0

I contacted the company to have my interior and exterior doors replaced. I was contacted by the company and had them come out to my home to take the measurements and discuss the project. A couple of weeks went by and I had not heard anything from them nor received an estimate for the job. I contacted the company and was told that someone would get back to me about the job by the end of the day. I still have not heard from them and it has been almost a week. I felt that my time was wasted as I had to take time off of work to meet with the company.

I apologize that you had to wait so long for your free Estimate. By way of explanation (not excuse) we have had some turnover in our office staff during a particularly busy period. Our normal turn-around time for Estimates is 3 - 5 days and we should be back in that range now. A phone call or email to the office if we extend beyond that time is always appreciated. You should have your Estimate at this time. I hope that you will continue to consider us for your project.
5.0

Handyman Matters send a carpenter and he did the work fast, neat and no mess and smart. the doors are placed and now closing perfectly.

Description of Work
Fixed Doors on the Basement

Thank you! We look forward to working with you again.
5.0

The work was done quickly and efficiently. Michael pulled out the rotted supports of the staircase and rebuilt them so that the staircase was no longer rotting out and leaning to one side. He also replaced the bottom two stairs. I was very happy with the work.