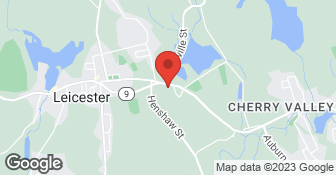 Abbot Floors has the largest showroom in the area. We offer a large selection of all types of flooring, from unfinished Red Oak to prefinished Bamboo. Abbot only uses our own installers and sanders we DO NOT sub that work out. We also carry the full line of Shaw carpet products. Last,but not least we provide a well rounded selection of custom window treastments. Abbot Floor Co.is still a family owned and operated business for over 45 years....

We are a second generation company with over 14 personal years of experience from a family with over 26 years of experience in the flooring industry. We have established ourselves as a respectable and professional company that is well known in the Boston area. Boston Premier Flooring Service specializes in installing and refinishing all types of hardwood and installing tile floors, whether it is your oaks, maples, pines, bamboos, ceramics, granites, marbles or your exotics woods like blood wood, cherry, and mahogany. Here at Boston Premier Flooring, we only use premium flooring/products. By using premium products we have experienced the results of premium floors. With new technology constantly entering the flooring industry, we are constantly educating ourselves on these techniques and strive for one thing: the best floor possible. Our craftsmanship and quality is no doubt above the standard in this industry and we pride ourselves on that. Our mission is to satisfy our customers to the greatest extent possible, while maintaining the highest craftsmanship possible. We believe floors are more like pieces of art that take patience and skilled people to create. Whether you are installing new floors or refinishing existing floors, we want you to call us because we are Boston's Premier Flooring service and we guarantee you will be satisfied with our craftsmanship.  …

Went perfect. only took 5 days complete. Very low dust, great look. We removed the old carpet and they did the rest.

Description of Work
hardwood for first floor of our home. Solid hardwood installed and then sanded and finished

They came when scheduled and completed the work just as outlined. They did a perfect job matching the two floors. It is perfectly seamless. We were very happy with the work.

Description of Work
Installed flooring in kitchen to match floor in adjacent room. Had to weave flooring into adjacent floor to make it appear to be all one room. Then stained and polyurethaned both floors.

They are very professional. They are a very reputable, long-time, independent flooring company in the area. They did a very thorough and good job. They provide good quality and good customer service. We can speak to the same person. They have a person dedicated in tile, a person dedicated in wood flooring and a person in carpet. They have years of experience in installing. We can talk to people who are showroom representatives who are also installers, so they are experts. They have done a few neighbors houses in the neighborhood.

Description of Work
I used Abbot & Sons Floor Co for porcelain tile. I also had them do carpet.

This did NOT go well. The sales person was professional: However, I don't feel it's appropriate to rate his professionalism, as a weighted factor, into the entire outcome of the job. I was quoted and requested to put 50% down, prior to start and 50% upon completion of the job. I discussed and expressed my concern, about the large down payment, since it is largely labor, and their response was that they have had people walk away without paying. This should have been a RED Flag!! Abbot refinished floors in my home prior to me moving in. The house was empty. The result was balling, and bubbling of the finish on all floors. After speaking with them several times, I was told that this can happen randomly, that it is a result of heat and humidity, which can occur randomly from house to house. I accepted the explanation, but expressed that I had never felt such rough floors and seen such texture across a floor from so much bubbling and balling. They promised to come back, and recommended the fall, when humidity would subside. Abbot returned to fix the floors in the two bedrooms first, as I had moved in and had to move all of my furniture again. I had a discussion with the two workers that arrived and asked why they were buffing the floors? They said, they could buff them and ensure that the bubbles, and balls would be gone, resulting in a glass like finish. I expressed that it was clearly visible that the bubbles were well below the surface of the finish and recommended that they start over. They guaranteed perfect floors. After living at my friends house for several days, while the floors dried, I returned. Only to find that the floors were worse than ever. They were now scratched, below the surface of the new layer of polyurethane, had puddling in corners, and they now had debris mixed into the hardened poly. It was a disaster. After going through so much and being told the floor finish quality was due to so many other factors, I had to seek someone else to try and save the two other floors and have the two floors, in the two bedrooms, completely redone. This was clearly poor workmanship!! The two floors were sanded down again and they other two floors were buffed and refinished by another company. It was my only choice. I spoke to the owners of Abbot and requested my 50% down payment be refunded. The refund was needed to cover the cost to pay someone else. They told me that it was in the hands of the person handling finance. I made several calls, leaving voice messages, only to never hear from them again. I still have not received my refund and could never recommend the company for floor refinishing.

It was a difficult job because they were very old hardwood floors and they did it perfectly. We were extremely satisfied and they did a great job.

We had a consultation with a tech.where we talked about what we wanted and how they would proceed and got a price estamate.We then set up a time for them to start. We removed all the furniture so they could do the floors. They installed the carpeting first and put up plastic to keep the dust down from the sanding.They did take care of any issues we had.The only real issue was comunication sometimes you would call leave a message and not hear back ( they are to separate entities) you might have to call back.Overall we were taken care of to our satisfacation.

Description of Work
We had our wood floors refinished and carpeting done.

They were prompt, courteous and extremely talented young men . I was constantly surprised at the team work they used to complete a complicated flooring layout. The work around the fireplace alone looks spectacular. The rest of the house looks great too. I had old hardwood floors in the bedroom and they worked very hard to get the new flooring to match the color. The results are astonishing as it blends in so well. They also made the transition from the old flooring to the new as even as they could. I have one more room to do and will certainly contact them when I am ready to have work done for that room. Well done Abbot Flooring. You are the best. I highly recommend them.

Description of Work
They installed hardwood flooring in living room, dining room and hall way.They also ripped out the old carpet and took it away.

I am thrilled with the work that Abbot and Sons did for me. They did a beautiful job on my floor and were able to match my already finished hallway almost perfectly. My living room floor is a bit shinier than my previously done adjacent hallway, but I truly believe that a person walking into my home would not notice the difference. again I am very happy with my floors. The cost was extremely reasonable. Abbot and Sons charged $598 for the refinishing of the floor, and an additional $100 for the replacement of a part of my floor near a radiator that was damaged, which I did not discover until I removed the carpet. The total cost for the project, $698, was $275 less than another estimate I had gotten, and that estimate did not include a cost for floor repairs. The only glitch I encountered was that I was not told until a day or two prior to the start of the project that I should have my radiators removed. Because of Abbot's very packed schedule and not being able to push back my start date a day or two, I ended up having to have a plumber come on a weekend to remove them. They did recommend a plumber at my request, who came out on short notice and did the job.

Description of Work
I have an older home with beautiful hardwood floors. They refinished my 325 square foot formal living room floor which had been carpeted for years. A few years back I had had the floors of an adjacent hallway and dining room refinished by a different person, but I had had to wait on the living room. I was concerned about the floors matching and about a line of demarcation where my living room and hallway meet.

Had them work on refinishing an entire floor with hardwoods. Very punctual and courteous and explained in great detail about the work to be performed. Specifically talked us out removing carpet and refinishing on the stairs because of potential damage to the steps and sides that may need repainting work.Work done really well - hardwoods came out to a beautiful sheen and lightened up a bit making it even more attractive. On the negative side - were not the cleanest group after they were done but other than that great price and excellent work.

Member Thanks so much for the positive review. I mentioned the concern you had with the clean up. Thanks Again Kevin Allain
5.0

They were prompt and did a good job. I would go to them first. In fact we are looking to do our carpeting and I will probably go to them.

Description of Work
We used Abbot & Sons Floor to install our ceramic floor in our kitchen.

Hi Member Thanks for the kind review.