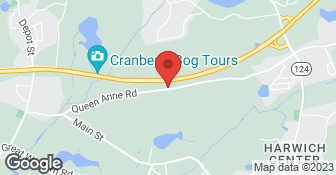 we had a great experience working with Chris and his crew from Shoreline Pools. They were always on time and friendly. Chris was always available to answer questions and concerns. I come from a family of contractors and I have never seen a project go so smooth and seamless as this did. We did get quotes from other pool companies but Chris's professionalism and quality of work beat them all!!! Thank you Chris and the crew at Shoreline for such a beautiful pool it was a pleasure working with you all.

Description of Work
We had a new pool built

Perfect. I've been around the block (like many of you) ... This is by far the single best experience that I have ever had. Flawless execution, consulting from start to finish, responsive, fair, customer focused and my wife and I could not be more pleased. Incredible experience and outcome and delighted to serve as a reference (something I do not do lightly). Chris and team - the entire team - are just outstanding. HiHGLY RECOMMEND - Mike G.

Description of Work
Design and build a beautiful pool (and landscaping) for our backyard in West Falmouth, MA

Shoreline Pools came to my home to fix a leak in my gunite pool. It was obvious from the start that the workers had no idea what they were doing. They broke open the cement in 2 places for my jacuzzi and when they sealed it back up & the cemented area was not flat so they returned to fix it. The white rubber drainage border was not replaced properly and was sticking up so they had to redo this as well. After this I asked to close the pool for the season and unfortunately had to travel away and trusted them to complete the job. When I returned 3 weeks later my pool was filthy, with green slime as thick as pea soup! When I called they said that this is normal. I've had pool companies service my pool for the past 25 years and NEVER has it been in this shape! I had a contractor measuring to fix my windows and he was in my pool area 3 days after they closed it and he told me it was green and thick with algae, and imagine, 3 days after they supposedly closed it! So it was obvious that they did not use chemicals or even bother to clean or close the pool, charged me for it! So I had 2 pool companies come to see this work. When they tested the pool there was absolutely no chemicals in it! The covers for my 2 main drains were missing and no where to be found. When I called Shoreline, they told me they broke! But no one informed me of this! They went on to say that the covers were old! I responded in shock because they broke BOTH covers? In all the years I've had my pool serviced no one has broken 1 cover...but they broke 2!! I normally don't leave water in the pool but Shoreline told me that I needed to keep water in the pool so that the Hydrostatic value would stay closed. But when the other pool company came to see their work they were shocked that they plugged the main drain where this valve is. If this leak was in fact fixed, there would be no reason to plug it. Shoreline left water in the main drain of my pool pipes in my basement which could freeze in the winter causing extreme damage to my basement. Over and above this they failed to shut off the electrical panel for my pumps...something that ALL pool companies do in case of a power surge. I found cement thrown in my backyard with food litter and some of it even was strewn into property belonging to my association neighborhood! I now have to hire another pool company to pump out the green slime, clean the pool and close it properly. They even doubt that any of these leaks were fixed, as this is something I will find out next year when I open the pool! Every time Shoreline workers came into my basement they would leave the lights and and the door unlocked. I usually go away in the winter, and I'm fortunate that I didn't this year, because I can only imagine what I would have found with my basement door unlocked for the winter and the lights on for months! I have taken many photos of the way they left my pool, and a photo of the cement debris in my backyard too! I have witnesses that saw all this mess as well and they are disgusted! This is not a pool company I would recommend, needless to say!

Description of Work
They came to fix a leak in my pool and were supposed to close it.

CCD Irrigation&Landscape Solutions LLC offers A to Z landscape construction. With over 10 years experience in construction, landscaping, masonry and irrigation, we hope you let our highly skilled craftsman help you!  …

Care free maintenance at affordable prices. 2-6 employees. May hire sub contractors. Charges by the job. No travel/trip charges unless picking up materials for your job such as mulch, loam or shrubs and the time to the dump to unload if we are taking your brush or things from the attic, basement or garage.  …

Proud to be a 2018 Angie's List Super Service Award Recipient for the 5th year in a row! Providing outstanding lawn care services, patio & hardscape installations, irrigation services and more! Our prices are fair and our work is professional, enabling you to add a whole new dimension to your home or commercial structure while staying within any budget. Our team is full of creative ideas! Each project is carefully planned taking into consideration all aspects of design and quality; we will give you a free estimate and before any work is performed we will walk you through the project plan step by step.  …

Shoreline Pools Inc is currently rated 3.7 overall out of 5.

No, Shoreline Pools Inc does not offer eco-friendly accreditations.