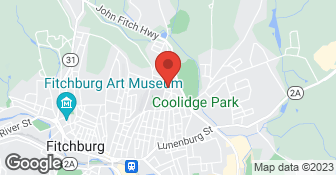 15 years of professional interior & exterior finish painting, plaster repair on all wall/ceiling surfaces, dry wall, old horse hair plaster, minor carpentry, such as molding repairs or replacement. I also specialize in old windows, re-glazing the sash and reinstalling the old ropes and weights. i also reboard walls and ceilings. I have built coffered ceilings and waynes coat walls. cabinet refinishing and painting. If you have interior water damage I'm your guy Deck staining and cleaning. Gutter cleaning and repair ECO friendly I have full liability insurance through liberty mutual. References can be submitted upon request.

Thiago's Painting, Inc. is an undisputed leader in providing quality services, products, and results for your interior and exterior project. No job is too small or too big for our highly trained professionals at Thiago's Painting. We have an incredible eye for detail and a supervisor is on-site at all times to ensure the best quality you deserve. So, let us lead you through your next interior or exterior painting project.

Jason was paid in full on October 28,2018 for the complete renovation of my basement. Jason took that money and ran. Telling us his 10 year old son was nearly killed in a car accident, had bleeding in his brain, (we've since found out he's goven other clients similar stories that included his daughter being in ICU. Jason is a fraud. He will take your money & run & give you absolute heartbreaking e...

THE OWNER JASON LANDRY IS A THIEF!!!! HE TOOK OUR DEPOSIT, MADE UP EXCUSE AFTER EXCUSE WHY HE HAD TO DELAY STARTING THE PROJECT (ELECTRICIAN FAILED INSPECTION, PREVIOUS JOB SITE WAS BROKEN INTO AND TOOLS STOLEN, DAUGHTER WAS IN THE ICU, GOT A FLAT TIRE) SO WE ASKED FOR A REFUND. IT TOOK HIM ALMOST THREE WEEKS TO "MAIL THE CHECK" BUT IT HAS BEEN A WEEK SINCE HE CLAIMED HE MAILED IT AND NO CHECK EVE...

DESCRIPTION OF WORK
Drywall and taping

Jason and crew hung 120 Sheets and taped work was perfect

This is clearly a case of you get what you pay for. The work he and his crew do is poor to average at best, there was a lot of stuff that needed to be redone since it wasn't done right the first time. He claims he has a crew of up to 10 guys but the majority of the time it appears to be only him. From his own mouth he informed us that he has 8 other guys working other jobs that they started months...

I have used Jay and crew for several projects now.  He always gets back to me ASAP and makes time to come down.  The first project I had to leave him in my house to do the bathroom after just meeting him so I could get it done in time for the bank. Did a good job working around  He is very trustworthy.