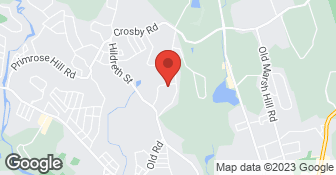 Waltham Pest Control has been providing professional pest extermination and pest control services for over 30 years to home owners and business owners throughout Massachusetts.  …

Critter Control of Greater Boston has been serving the Greater Boston area in Middlesex and Suffolk counties by providing professional animal and wildlife control services since 2003. We provide integrated animal control and wildlife management solutions which are environmentally sound and ecologically responsible. Critter Control of Greater Boston establishes the standards for excellence in the animal pest control industry and upholds those standards with a professional staff of biologists, zoologists, certified wildlife specialists, animal control officers and anti-cruelty personal.  …

TOP-RATED Pest Control & Wildlife Services - Locally owned and operated. Offices in Boston Ma, N. Andover Ma, Canton Ma, and Brookline Ma. Ultra Safe Pest has been providing Award-Winning pest control and wildlife services since 2000. The owners are directly involved in the day to day operations and pest control methods being offered. We pride ourselves on integrity, professionalism, a strong commitment to the environment, our customers, our staff and the pest industry that we proudly represent.  …

Called them and left a detailed message but they never returned my call. Very disappointing. Their website makes one think they are responsible and a reliable company in the area.

just as advertised, took about an hour.

Description of Work
Outside protect barrier

Description of Work
They did a good job.

We called Security Pest at 7PM at night and they showed up 36 hours later and treated the outside of the house and spot treated where we had seen the most ants. This eliminated any ant activity for about 3 weeks and then we started seeing them inside the house again but in another spot. The treatment itself has a 1 year warranty so they returned and treated the outside of the house and inside where we saw the most ants at no charge. We have not seen ants since. At the time of the first treatment, the applicator suggested that if they don't slow down/disappear after a week or so to give them a call and they would return so it wasn't a big surprise that it didn't work fully the first time. Overall, a good experience though I thought the price was steep.

Description of Work
We had a mess of large black ants that appeared in early March due to the mild winter. Ant traps and OrthoMax did not slow them down so we called Security Pest Elimination.

I will use them again in the future.

We have used Security Pest Elimination service for many years. They are very good. We use their service twice a year. They will be coming out probably within the next month. They come and inspect for pests. They are qualified people. They have been working with the same person for many years. We trust them. They have been very responsive and honest.

Description of Work
We use Security Pest Elimination service for pest control. We used their service last year.

He did very well. Came out on time and got the job done. It didn't take them very long. He was very polite. The job got completed right away. We would hire them again and recommend them!

Description of Work
We had a hornets nest in the house and we had to have it resolved in a timely matter.