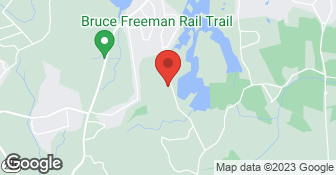 Sales and installation of overhead garage doors. Repairs of all makes and brands of garage doors and openers....

Metro Door Boston serves the needs of residential Garage Doors in Boston, MA and the entire metro area, as far north as New Hampshire and Western Massachusetts. We offer same day service, the highest quality products with the best customer service around. We have a vast selection of new overhead doors and offer the latest automatic openers with the newest technology including iPhone and internet capabilities, so we can help our clientele with anything from light duty commercial doors to handmade doors including stained wood, steel and vinyl carriage house doors to roll up door designs to specialty doors.  …

Universal Windows Direct of Manchester serves all of Central and Southern NH; we specialize in windows, doors, siding, and roofing. We carry our own exclusive brand of windows and siding called Unishield, and we have some of the best warranties in the industry. We are a preferred Owens Corning roofing installer. One of the key points that differentiates our window products from our competitors is that we use only virgin vinyl, built in one solid piece custom to each opening rather than standard sizes modified during installation. This creates a seamless fit that will not bend, crack, or warp over time. We also use the exclusive super spacer in between the panes of glass instead of metal, which is used by most window manufacturers. This amazing material almost completely diminishes any heat or cold transfer within the panes of glass, keeping you and your home comfortable and energy-efficient no matter the season!  …

They are fantastic and returned to adjust the opener.

Highly responsive, honest, great price and truly a pleasure to do business with!

Description of Work
Chelmsford Garage door came out quickly to fix problems from another garage door company that did a terrible job.

Work was done in a professional manner at a reasonable price. Used them before many times over the last 15 years. Honest, punctual, good to work with and price is reasonable. Will not try to upcharge you on repairs. Highly recommend them

My wife and I checked with several garage door companies and eventually decided to go with Ron at Chelmsford Garage Door because he gave good advice. There are so many options to choose from and we needed some guidance. He did not steer us toward the more expensive model, in fact we ended up spending way less than we budgeted and we are glad we did. The order and scheduling took about 3 weeks. The door we got looks exactly like we want, is operating great and now we can finally use our garage the way it was intended (for our cars!) because the old, decrepit door is gone. Only took them a few hours to put it in.

Excellent experience! The initial contact on the phone was great and professional. The gentlemen showed up when they were supposed to and called prior to their arrival as promised. The work was done quickly. The price was acceptable. I would definitely call them again.

I hired Chelmsford Garage Door to replace our garage door opener, which had been broken since before I moved in 7 years ago. They arrived 30 minutes early -which was great- with all the parts they would need to do the job. I expected the job to cost around $340. However, they inspected the current system and noticed that one of the sensors had fallen off the wall. Instead of replacing the whole system, they immediately performed the repair and only charged me $100. System is as good as new and they were done in 15 minutes. I appreciated their honesty, punctuality and skill.

It went very well. My dealing with this company was very professional from initial phone call to resolution of my fixed door. I wouldn't hesitate to recommend them to my family and friends.

Description of Work
He first gave me an estimate of cost. My garage door was falling apart and hadn't been used for quite some time. He and his associate were able to fix the door and get it in good working order.

It went well. They were very responsive and professional from the time of first contact for an estimate to the repair itself. One complaint I have however was that one of new panels had a small dent in it. I actually didn't notice it myself until they pointed it out. I asked if they could discount price because of the damaged panel. They would not but were willing (in fact insisted) to replace it with one that was not damaged. They however never followed up on that promise and I did not bother to pursue. Although this was a little disappointing given the experience up to that point, I would still have to rate them very highly and would in fact use them again.

Description of Work
Repaired 3-Bay Electric Garage Door by replacing top panels in each and replacing springs on one door.

Don and Nick arrived on time and were great to deal with (so was Theresa in the office). Both of our garage doors were very loud, getting stuck and rubbing along the tracks... After a quick inspection they were able to explain the issues and quote the repair. Within an hour the work was done and the doors are now working better than ever!! Very professional, I highly recommend these guys!!

Description of Work
Inspected and tuned both garage doors. Replacement of all pulleys and replacement of springs.

It's been over a month and the door has been working fine.